SAMA26 kicks off with a thrilling lockdown spectacle 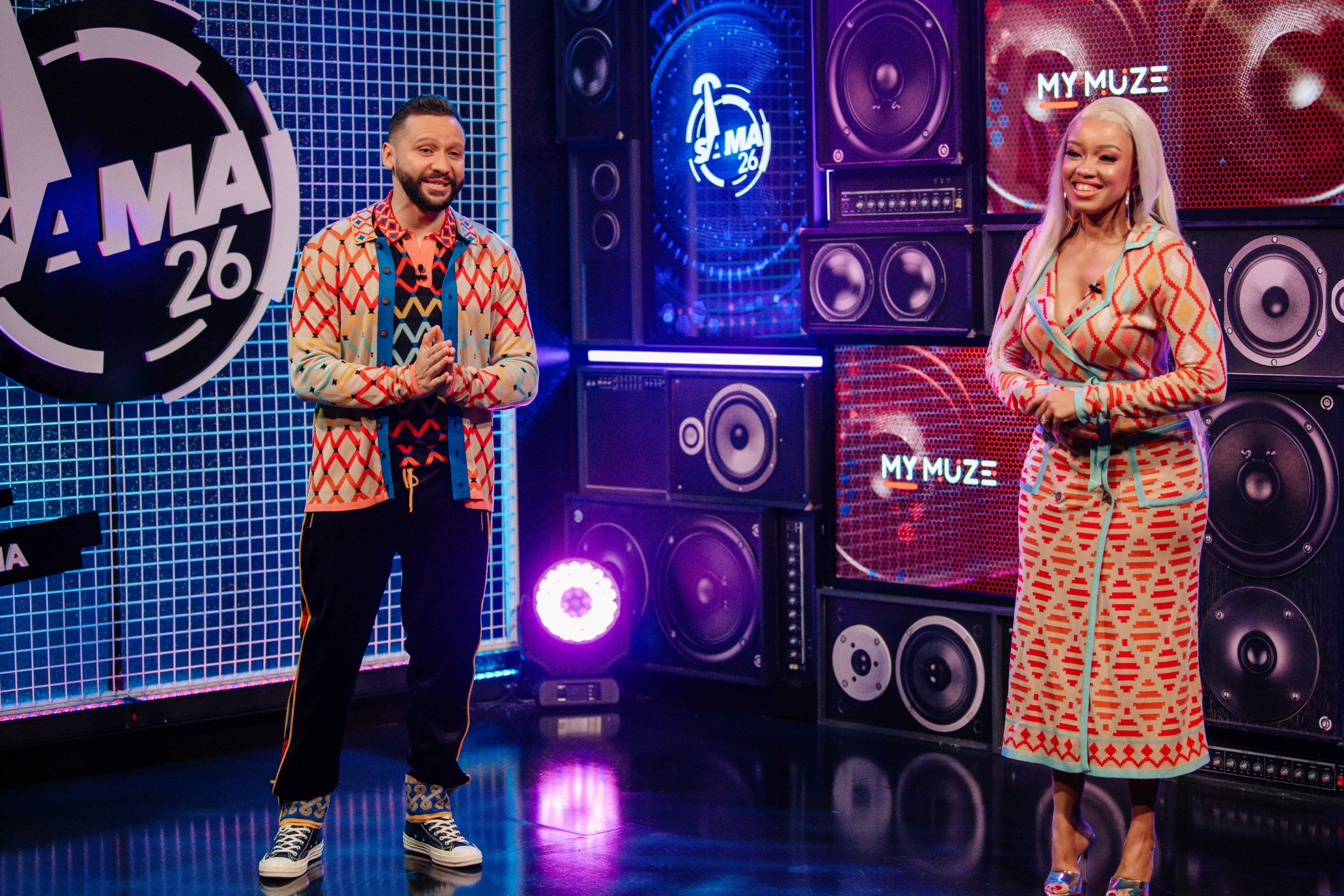 A kaleidoscopic explosion celebrating Africa in all her glory by Ndlovu Youth Choir from Limpopo set the tone for the first night of SAMA26. The internationally acclaimed ensemble presented a swashbuckling performance fit for South Africa’s most prestigious music award ceremony.

A world class virtual show under the hashtag #ForThaKultcha, it is hosted by media personalities Dineo Langa and Donovan Goliath over five nights and was produced under strict lockdown rules and social distancing norms. This evening was the turn for the subtheme #ForThaRoots and talented musicians from various categories in the traditional music domain were announced as winners.

Ndabo Zulu (& Umgidi Ensemble) emerged with top honours as he walked away with two gongs for Newcomer of the Year and Best Jazz Album (in partnership with Kaya FM) for Queen Nandi: The African Symphony.

K.O and Nandi Madida’s duet Say U Will earned the Best Collaboration Award. Thokozani Langa shone the brightest in the Best Maskandi Album category for Upopayi.

The Beste kontemporêre Musiek Album was taken by Riana Nel for Sterker. Nigerian superstar Davido won the Rest of Africa Award for A Good Time.

Some of South Africa’s most celebrated personalities such as Thuso Motaung and Arno Carstens coming from their living rooms and studios, added their flavour as presenters. Amanda Black was part of the all-star line up of performers. She pulled at the heartstrings with a tender rendition of Ndizele Wena accompanied by a pianist, with a picturesque backdrop of a mountain range and a lake adding to the ambiance. Big Zulu also delivered a stirring performance of Vuma Dlozi alongside Mnqobi Yazo.

Nhlanhla Sibisi, CEO of RiSA commented: “This has been both a challenging and exciting time for SAMA26. On the one hand, we had to get the show on the road after the disruption of Covid-19. On the other, the new conditions of lockdown and social distancing provided an opportunity for our creatives to think outside the box and try new things. I’m proud of what we saw this evening and applaud the production team and all hands that contributed to the success. I also wish to extend my congratulations to all the winners from tonight who did it for #ForThaRoots. I look forward to the next four nights of SAMA26 as we honour the best our country has to offer.”

Rehana Hassim, Executive Head for Digital & Lifestyle at Vodacom said: “A huge congratulations to the winner of the SAMA26 best newcomer category. We wish him all the best in his journey and hope that through our support of this platform, and through My Muze, he will have the opportunity to grow his fan base and realise his dream.”

For the second night of SAMA26, under the subtheme of #ForThaSoul, tune into Mzansi Magic or stream the show on mymuze.com by Vodacom at 9.30pm tomorrow.

Say U Will by K.O featuring Nandi Madida

Newcomer of the Year:

A Good Time by Davido (Nigeria)