Africa Month: Africa and her sound 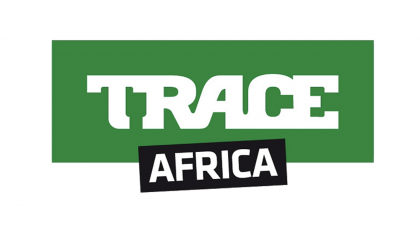 Shhh…listen… Can you hear that? Can you hear that sound? Can you feel that vibration? That’s the sound of Africa’s beating heart and dancing to the music of its people and all the elements that make up the beauty that is AFRICA!

From the gushing waters of Victoria Falls, the flow of the Zambezi river, the lullaby sung by the Fiery-necked Nightjar to the sound of gold being mined from the belly of our soil, Africa is music and she’s blessed all her children with a great sound.

Senegalese singer and guitarist, Baaba Maal once said: “I did not like that name “world music” in the beginning. I think that African music must get more respect than to be put in a ghetto-like that. We have something to give to others. When you look at how African music is built, when you understand this kind of music, you can understand that a lot of all this modern music that you are hearing in the world has similarities to African music. It’s like the origin of a lot of kinds of music.” and none can dare fault his argument, because the reality of the matter is the mother of all that is beautiful and when her children were going through unrest, her music was uplifting even though it was telling a sad tale. (that last line is from a freedom fighter) *chuckles*

From the Afro Beats of Fela Kuti and the trump blows of bra Hugh Masekela to the Afro-Fusion sounds of Wizkid and the Pan-African rap sounds of Sho Madjozi, finding yourself dancing in the middle of a crowd is acceptable when listening to our music because Africa and her seducing sounds will always take over your soul and give you a sense of freedom no other the sound in the world would gift you with.

African music invites you to dream and incite in you a world of infinite possibilities. It also gives you rest and when you’re faced with grief, it gives you solace. So join TRACE Africa this month as we celebrate Africa and her children who have gifted us with the blessing of good music and have taken our sound to the world stage.

Tune in to TRACE Africa every Saturday at 2:00 PM CAT for AFRO TRAP FOCUS and enjoy performances by the following artists: