Each show will be two hours long and will repeat on Tuesdays at 20:00 on Trace Urban. We’re here to make sure that come Friday and “Liyakokota iPiano” you’ll be ready to let us in and turn your house into the House Of Trace! Check out the line up for the first few shows below. 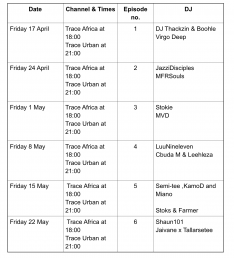 If you’re a fan of YFM YTKO, we’ve got great news for you. Your favourite YFM DJs are coming to Trace in the House of Trace YFM YTKO Edition. They’ll be playing everything from Amapiano, to tribal house as well as Hip Hop. 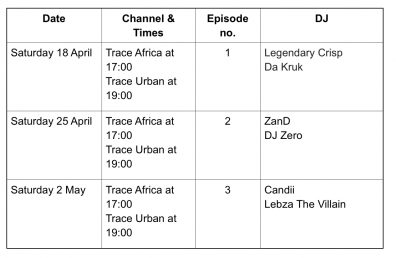 Each show will be two hours long and you can catch the repeat on Thursdays at 21:00 on Trace Urban.

Make sure you follow us on all our social media platforms and use the hashtag #HouseOfTrace to be a part of the conversation. Keep an eye on this page to see which other DJs to look forward to.