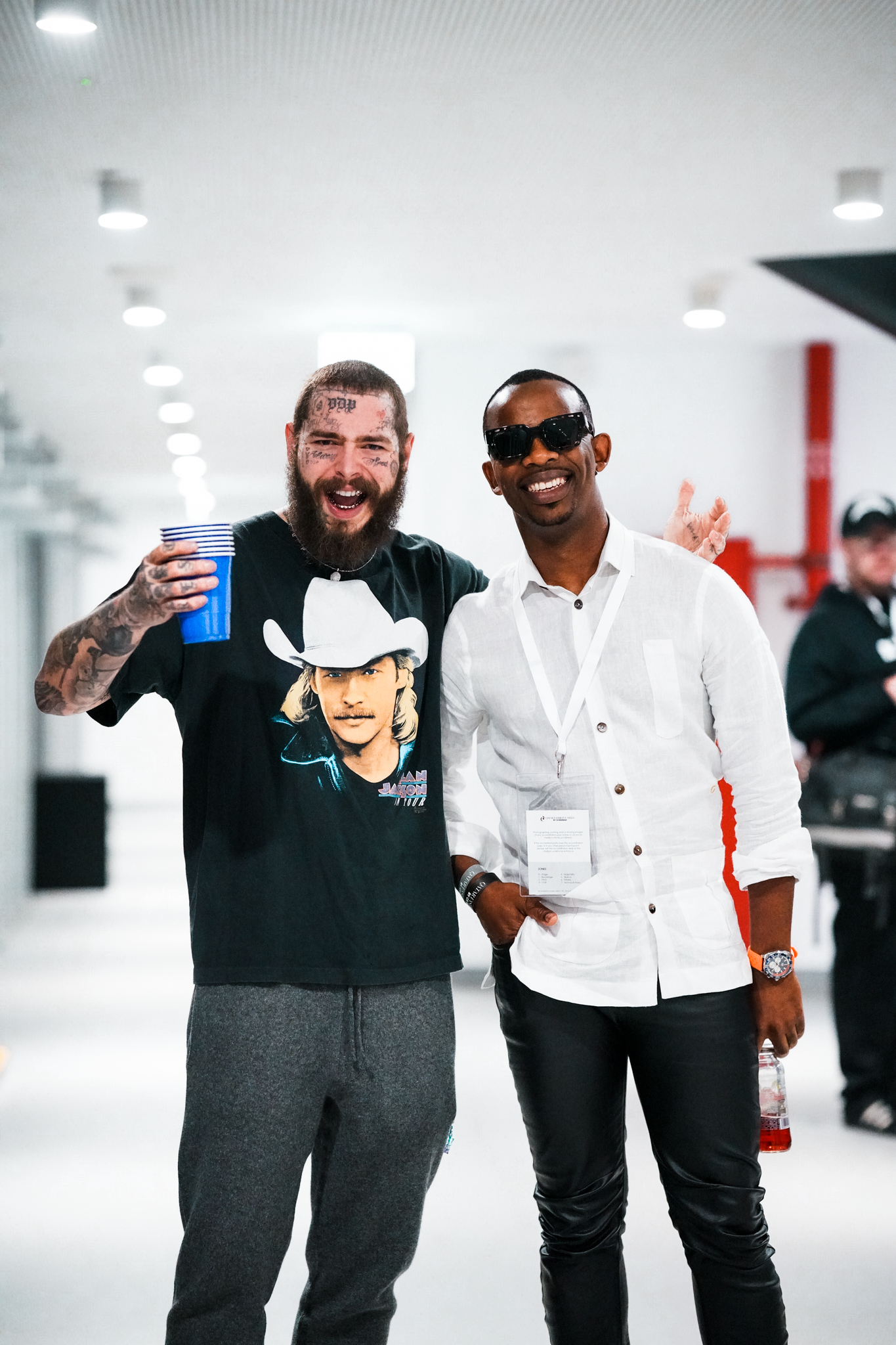 Images of Grammy nominated dance music star Zakes Bantwini hanging out with the U.S’s Post Malone have been making the rounds on social media over the past two weeks. The images were taken by photographer Blaq Smith at a fashion show held in Qatar just a few days before the FIFA World Cup final.

The pair met up at the show and discussed the prospect of working together on a future musical project as well as the potential of Zakes hosting Post for an upcoming show in South Africa in the near future. Post was previously in South Africa in 2019 for a performance at The Dome for Castle Lite Unlocks.

Despite being two decades into a hugely successful career, Zakes is coming off the biggest year of his career. Since “Osama” breathed new life into the veteran dance icon’s career towards the end of 2021, Zakes has been gobbling up awards, touring the world and re-establishing himself as a force once again.

Recently, he was crowned Musician of the Year at GQ’s Men of the Year awards ceremony. Prior to that, he won the award for Best Viral Hit at the South African Social Media Awards (SASMAs) and two South African Music Awards (SAMAs) for Highest Airplay and Best Collaboration. Zakes started 2023 on a high note as he teamed up with Ballito Big Week for the sold-out Zakes Bantwini Homecoming Picnic in Durban on January 1.

At the end of January, Zakes will be travelling up to the U.S for the Grammy Awards where he’s nominated for “Bayethe” alongside Zouther Kellerman and Nomcebo Zikode. He’ll then be wrapping up his final studio album ahead of his retirement this year.