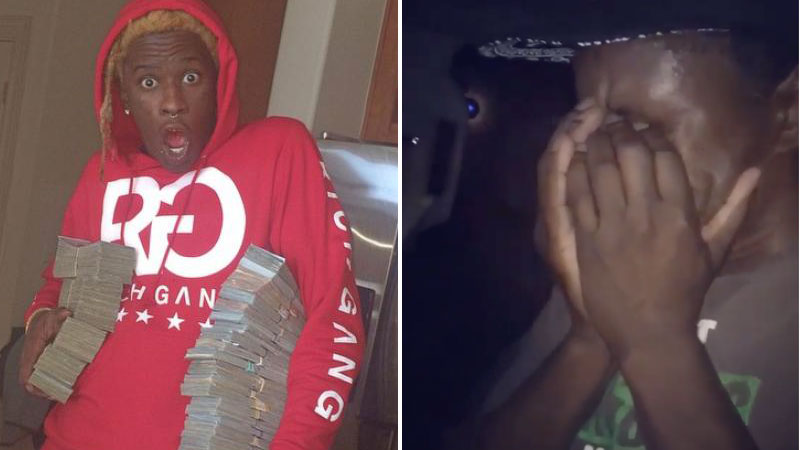 After spoiling his brothers and sisters with gifts, Young Thug decided to treat his dad with very big presents as well. He was so surprised he couldn’t hold back his tears!

Thugger is one of those artists who are very family-oriented. A few days ago he bought his fathers and sisters several cars and houses – y’all know how much the rapper is attached to his relatives, partly because they all went through some hardships. Now he has decided to share the money he’s earning with his father! What a good boy!

A video was posted on social media in which you can see the rapper’s dad in the beautiful car Young Thug bought him, but this wasn’t his only gift. He also received $60,000! Now you can understand why he’s crying…

The rapper can afford such big gifts because hey, he’s a star! Meaning that he’s popular – especially among a bunch of rappers willing to collaborate with him – and he got a lot of money in the bank.