Watch Wiz Khalifa do the Macarena dance in a nightclub ! 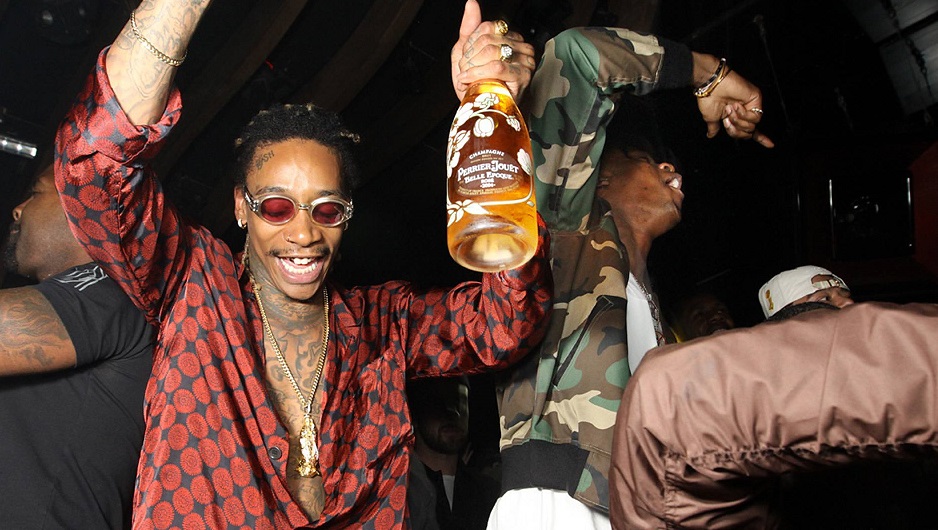 Rapper Wiz Khalifa was seen in a nightclub dancing the Macarena… Who ever called this 90’s dance craze outdated ?

You may think rappers only know how to dab and milly rock ? Well.. Wiz Khalifa will prove you wrong! The weed-smoker who recently won two prizes at the Billboard Music Awards – Top Hot 100 Song and Top Rap Song – knows it all too well : the Macarena moves are just timeless ! You can even adapt the moves to any type of song !

While a Wiz Khalifa’s track was playing in the club they happened to be at, the drunk rapper was caught on tape, having the time of his life. In the footage, you can see him chugging his bottle, before busting out Macarena moves and dancing with one of his friends. We still don’t know if dancing the Macarena was due to the side effects of alcohol or whether Wiz is a die-hard fan of the dance…

But the most memorable moment is when he gets off the small stage ! The rapper deliberately leans on one of his bodyguards, who acts as if nothing has happened and proceeds to move his head , following the beat of the song!

It seems like Wiz was really enjoying himself and it was his right to do so since he recently filed a lawsuit against his former manager for mismanaging him. We wish him the best !

You can watch the video below:

#PressPlay #WizKhalifa was a little too lit last night 😩 via: @thacelebriteanews