Trey Songz: he got caught cheating on his girlfriend with her lookalike 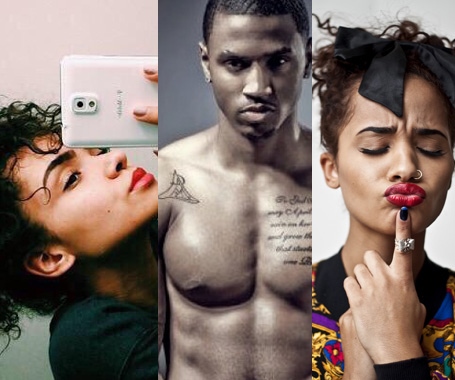 A few weeks ago, we got the word that Trey Songz had gotten back with his on and off again girlfriend Tanaya Henry who is a model and a jewelry maker. The pair has been traveling together as Trey is currently on tour. Yet it seems that the singer is cheating on her with another girl who looks just like Tanaya!

While Trey is enjoying the success of his last albumTrigga, he has also just released a new video for his song ‘Slow Motion’. As usual with the R&B singer, the visuals features beautiful ladies including his girlfriend Tanaya Henry. But it is another woman, a college student named Sophie Bernard, who happens to look just like Tanaya, whose fame is skyrocketing on social media ever since rumors of Trey cheating on Tanaya with her surfaced.

Apparently Trey would have flew Sophie out to him in New York, while Tanaya was away for business in Los Angeles. Last night Sophie’s phone was hacked and some text messages leaked on the net. Those clearly indicate a sexual relationship between Trey and Sophie.

Check them out below: