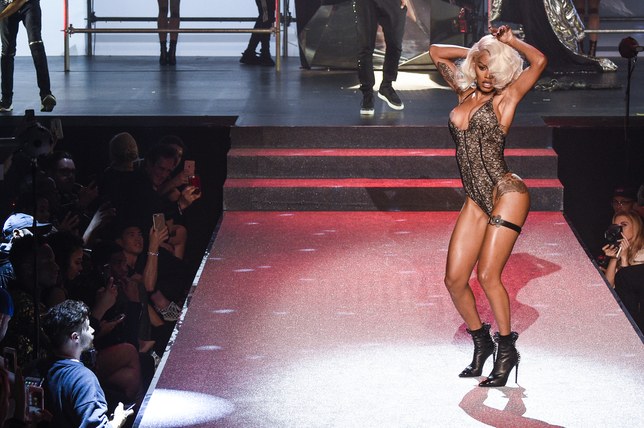 It’s been a little over a year since the premiere of Kanye West’s music video for “Fade,” but Teyana Taylor, isn’t done reminding the world that she has some serious moves.

Her runway walk for streetwear brand GCDS was totally fierce (as shown below), and showcased just how multi-faceted she is. But her performance at Philipp Plein was like nothing else so far !

When she took the stage while Future performed, Taylor proved that she’s an incredible dancer, and she posted a video of her performance on Instagram. She also adressed in that same post a response to apparent criticism she’d received for walking in Fashion Week, Taylor wrote: “When the haters tried to say I was too extra yesterday…..I turned around and CLOSED ANOTHER RUNWAY SHOW even more EXTRA!!”

Taylor’s performance was a total show-stopper, and unsurprisingly, had the full attention of the audience!