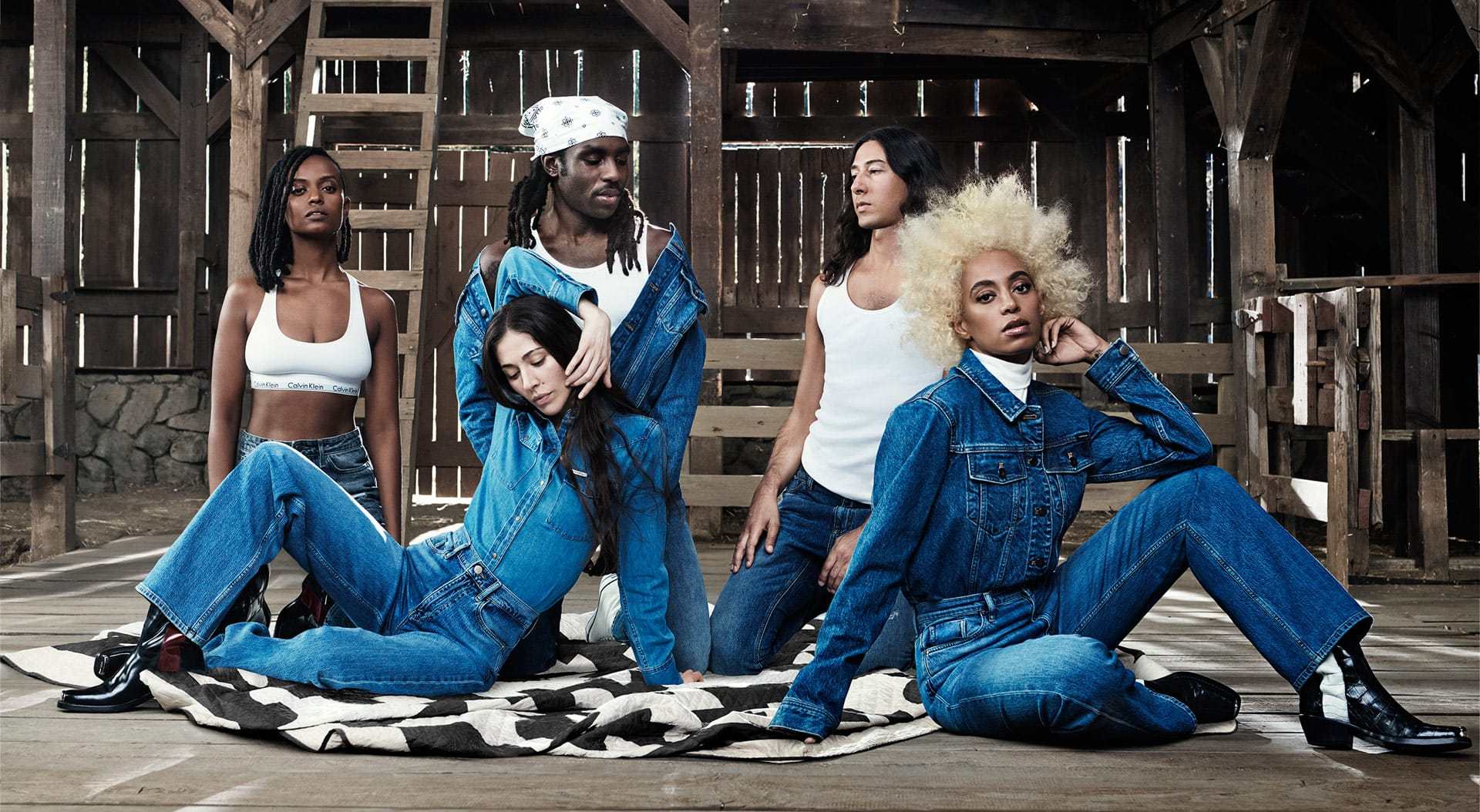 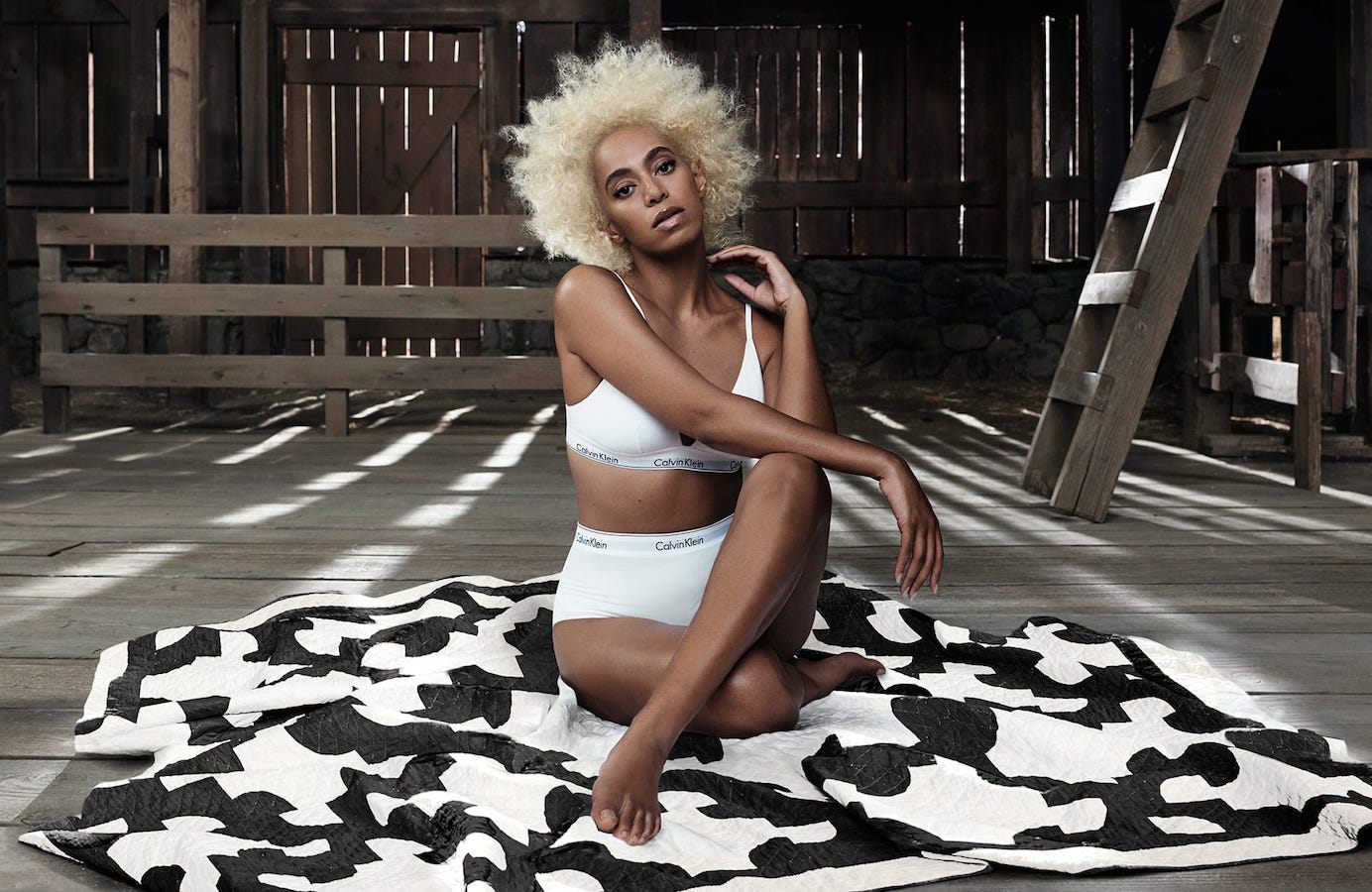 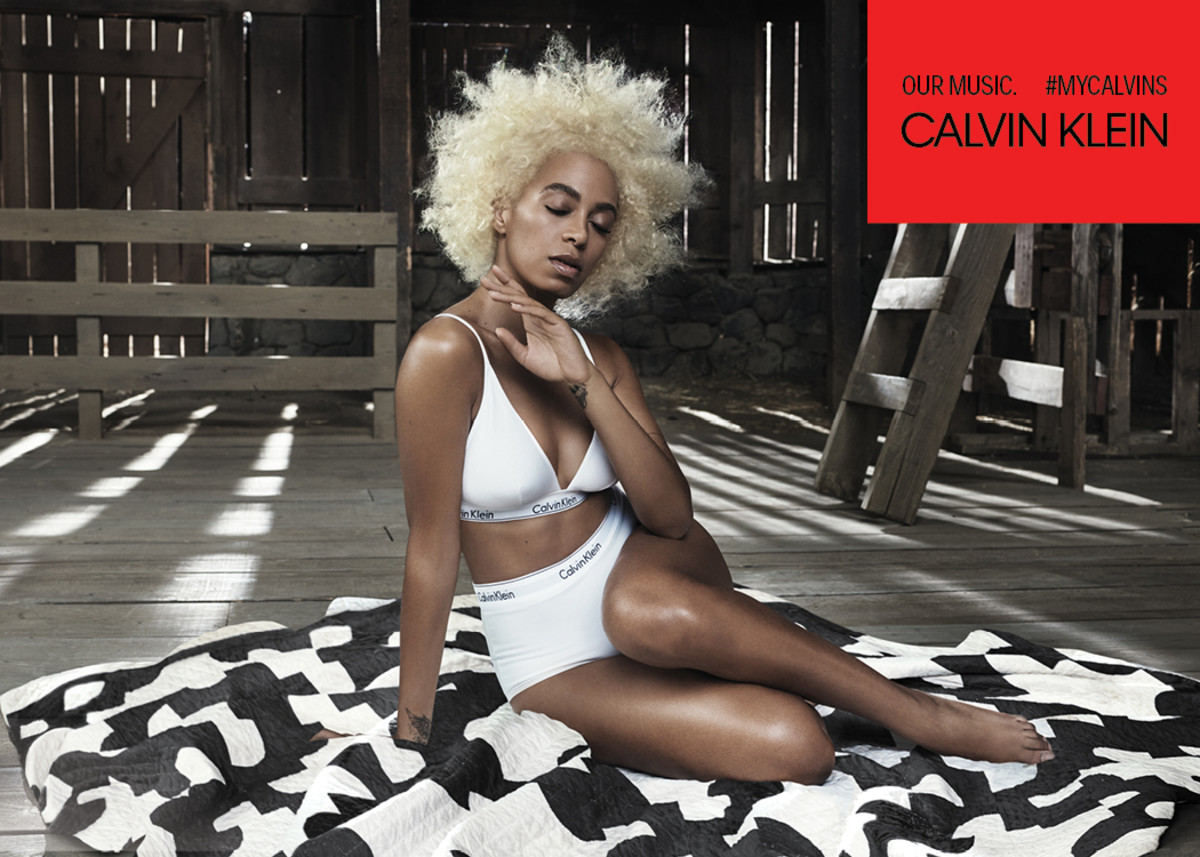 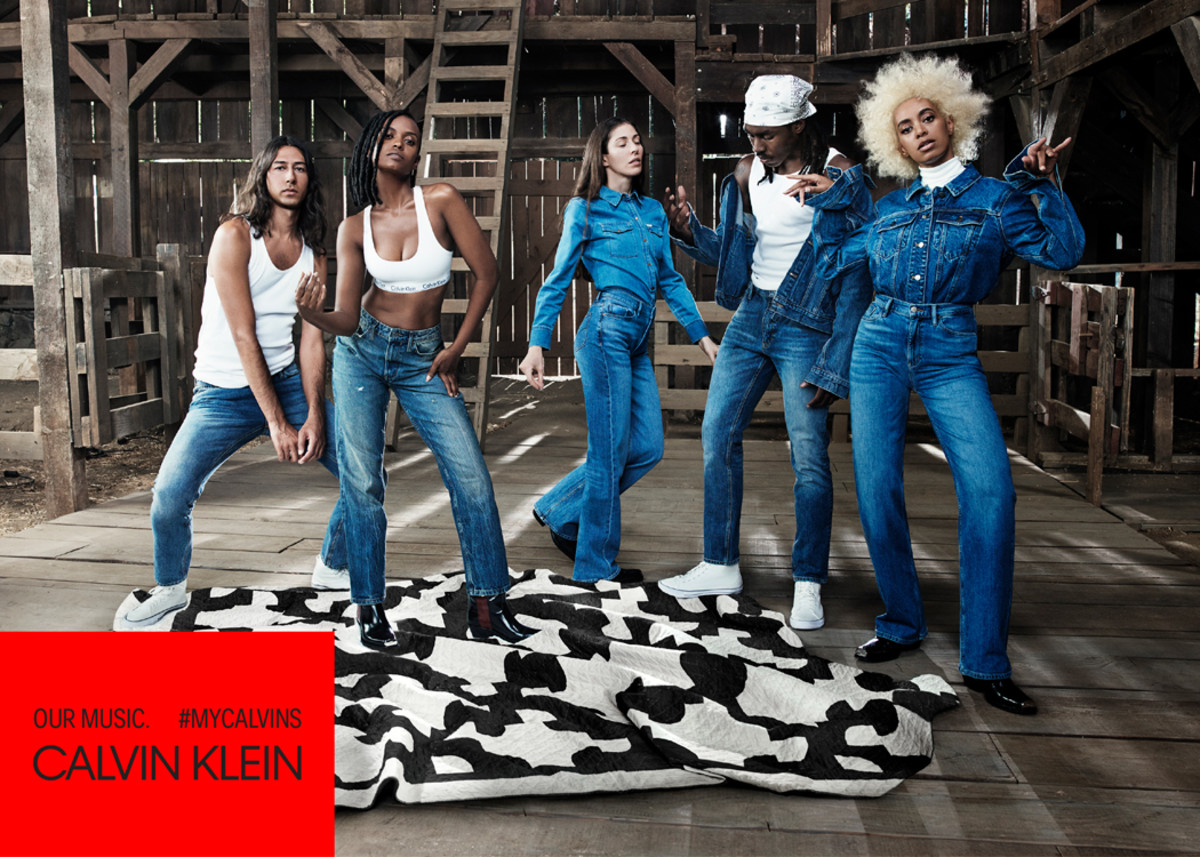 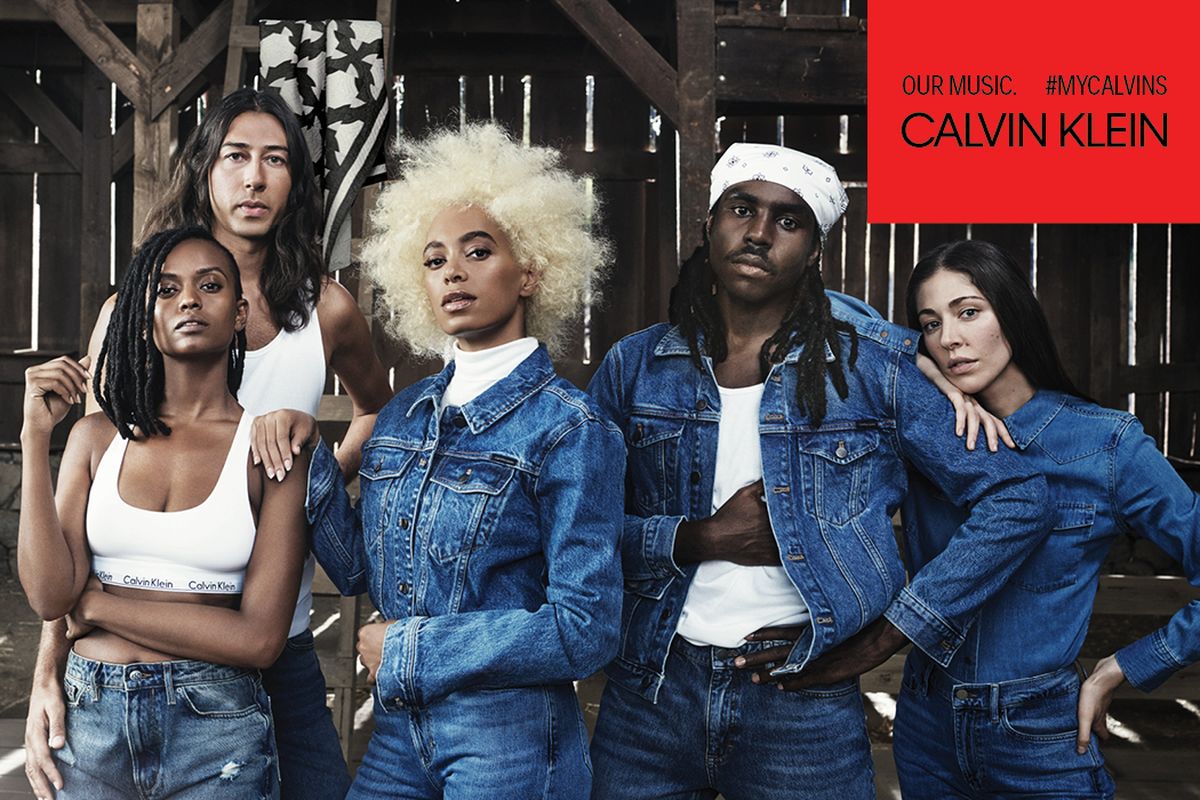 Calvin Klein’s latest campaign is led by Solange and it features a cast of music stars from Kelela to Dev Hynes and more.

Everything that Solange touches turns to magic, like literally. The “Don’t Touch My Hair” songstress has been tapped to front Calvin Klein’s new “Our Family. #MYCALVINS” and she really added her own spin to it. Indeed, Solo was allowed to cast her own friends to star in the project and she chose wisely. Alongside her stand long time collaborators Kelela, Dev Hynes, Caroline Polachek and Adam Bainbridge aka Kindness.

Shot by photographer Willy Vanderperre, the campaign  features Solange’s “musical family” and herself wearing white underwears and blue denim. “Big love to @calvinklein , raf simons, and the whole calvin team for this moment of celebrating my musical family, and for capturing us so authentically us. #MYCALVINS“, the singer wrote on Instagram.

Solange is the most recent musician to have taken part in the #MyCalvin campaign who has feature a bevy of stars including Frank Ocean, Kendrick Lamar, FKA Twigs and more.