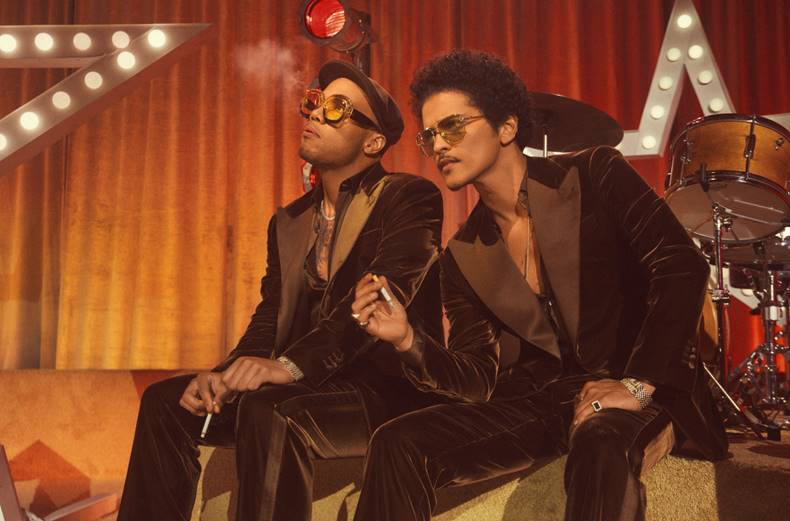 STREAM AN EVENING WITH SILK SONIC

Silk Sonic has officially earned four GRAMMY nominations after today’s announcement for the 2022 GRAMMY Awards. “Leave The Door Open,” the debut hit and 2021 summertime anthem from their critically-acclaimed album An Evening With Silk Sonic, earns four nominations in Record of the Year, Song of the Year, Best R&B Performance, and Best R&B Song categories. The 64th Annual GRAMMY Awards® will be held on January 31, 2022.

“Leave The Door Open” became Silk Sonic’s first #1 single on the Billboard Hot 100, spending two non-consecutive weeks at #1 and 18 consecutive weeks in the top 10. The duo then coasted into their sophomore release of “Skate,” which saw them glide into a second top 10 hit on Billboard’s Hot R&B/Hip-Hop Songs as it debuted at #4 and began as the genre’s best-selling song of the week. “Smokin Out The Window” opened at #1 on Billboard’s Hot R&B Songs chart. After celebrating Silk Night, an exclusive live event in Los Angeles with Spotify, Silk Sonic finally released their debut album An Evening With Silk Sonic. The album opened at #1 on iTunes in nine countries and top 10 in 47 countries. An Evening With Silk Sonic has a stunning 492+ million US streams to date since its November 12th release.

What’s new, smooth as silk on the ears, and features two stars of R&B?

Both the song and the arrangement are pitch-perfect, with swooning strings, honeyed backing vocals and even a glockenspiel — think Delfonics, the Chi-Lites and basically everything on the Philadelphia International label.

Anderson .Paak and Bruno Mars are about to turn the world into their groupies. Their first single as duo Silk Sonic, “Leave the Door Open,” is a smooth bedroom classic that calls back to ’70s slow jams.