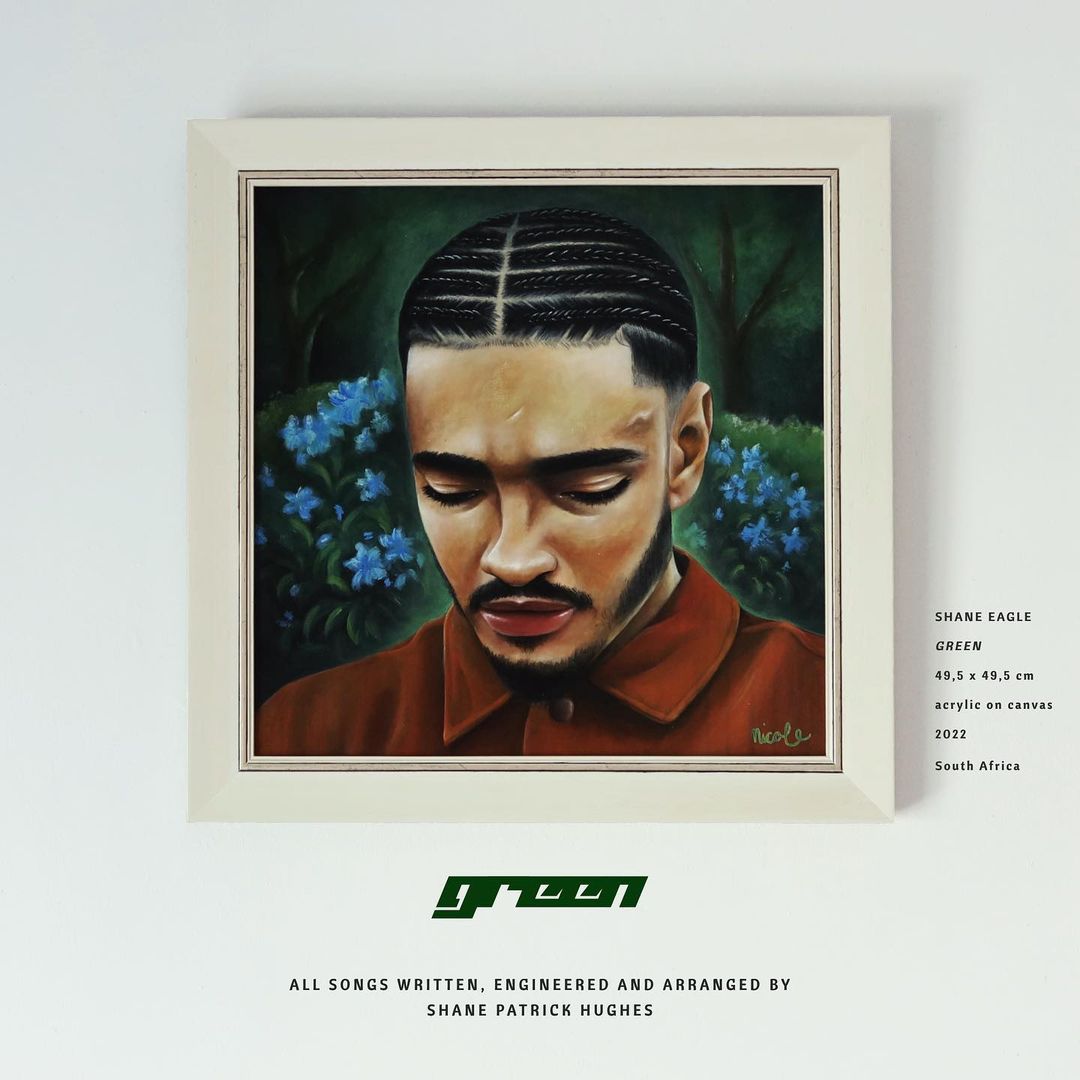 With a list of 18 tracks, the artist had to put in tireless amounts of studio time and sessions to come up with a polished project ready in time to serve to fans.

Coming as a follow-up project from his last album, “Yellow” released in 2017, “Green” is said to build a colour scheme for his modus operandi of writing, engineering and compiling his albums, which differs from his approach to mixtapes like “Never Grow Up” and “Dark Moon Flower”.

The colour “Green” also pertains to a musical time capsule for a new season or “era of thought” that the artist imprints in his career – which represents a meeting point for years of manifestation turned to fruition and restoration. There is also an equal play on “Green” exemplifying interpretation and contrasts of both the natural and virtual world – where songs like “War Paint” and “Sistine Chapel” embody a true artists role and honest connection to his art form, by using his tongue as a tool for protest in recurring injustices relevant to the time we find ourselves in. On the latter, the serious messages are balanced by the playful virtual world of gaming and advancement of technology in songs like “Metal Slug” and “To Be Frank” as palate cleansers in the midst of intentional bars and thought-provoking topics.

Furthermore, the album also touches on certain milestones the artist has reached as he breaks down his connection to Dreamville artists and aspirations of working with artists like J. Cole in the song “Break the Loop”; and “Memory” that reflects his journey up to this point. Having simultaneously experienced loss and grief during the highlight of his career, Shane also pays homage to his father by using sound clips from recorded anecdotes of his life inherited by Shane in his passing, and is used in the song “Moving Spirit”. The theme of mental health is therefore imperative to mention as the artist talks us through sometimes troublesome thoughts which occur in mourning, as he opens up his album with the song titled “Paranoia” and finds his clarity on this trail of revelation in the track “Road Signs”.

In order to bring light and make this a cohesive project, Shane linked with a string of talented acts and producers from across the globe such as; LIKE, Monte Booker, Navy Blue, Hakeem the Cipher, SwaggyB, KdaGreat, Sriram Iyer, Christo, including rising South African producers; Lost Boy, EXT and KKtha1st and key features from rapper Redveil and movie star Omari Hardwick.

A new feast for your ears to get you into the weekend, check out “Green”: https://electromodeza.lnk.to/GreenAr