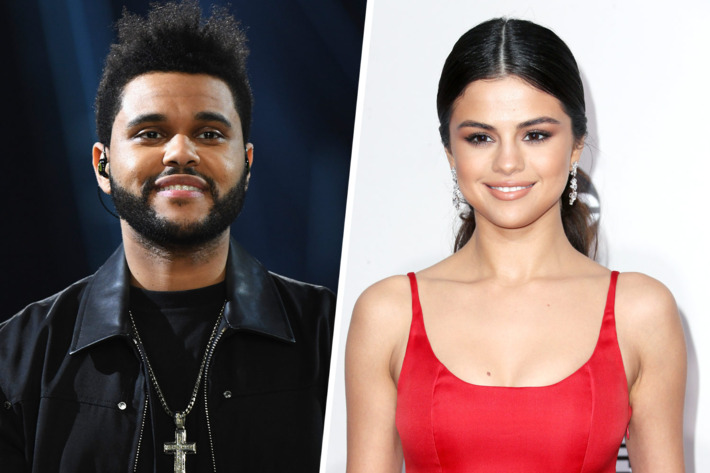 Are Selena Gomez and The Weeknd dating?

It’s on every social media ever since last night and the pictures leave very little to the imagination. After a casual date at L.A hotspot, Giorgio Baldi, the two lovebirds were spotted kissing behind a dumpster. On the pictures, The Weeknd and Selly don’t seem to want to hide their new relationship. And for those of you who are still wondering what is going in between the two singers, the famous kiss has also been photographed ! But the news doesn’t to please everybody, especially The Weeknd‘s ex, Bella Hadid.

Tesfaye indeed  just ended his year-and-a-half-long relationship with model Bella Hadid in November, and Selena hasn’t publicly dated since her relationship with Justin Bieber ended. Gomez is seemingly still on a personal break from music to manage her lupus, while Tesfaye is set to kick off his headlining world tour on Feb. 17.

But how do their exes feel about their new ordeal? The American model, Bella, quickly unfollowed Selena Gomez‘s Instagram account as it seems jealousy got the best of her. Justin Bieber has yet to comment on the new couple.
After the Victoria Secret Fashion show in Paris where we all thought, the “earned it” singer would quickly fall back for his Bella, he decided to head south and conquer Selena instead. Guess we’ll just have to wait to find out more but one thing is certain, things are going to get heated in the people sphere!