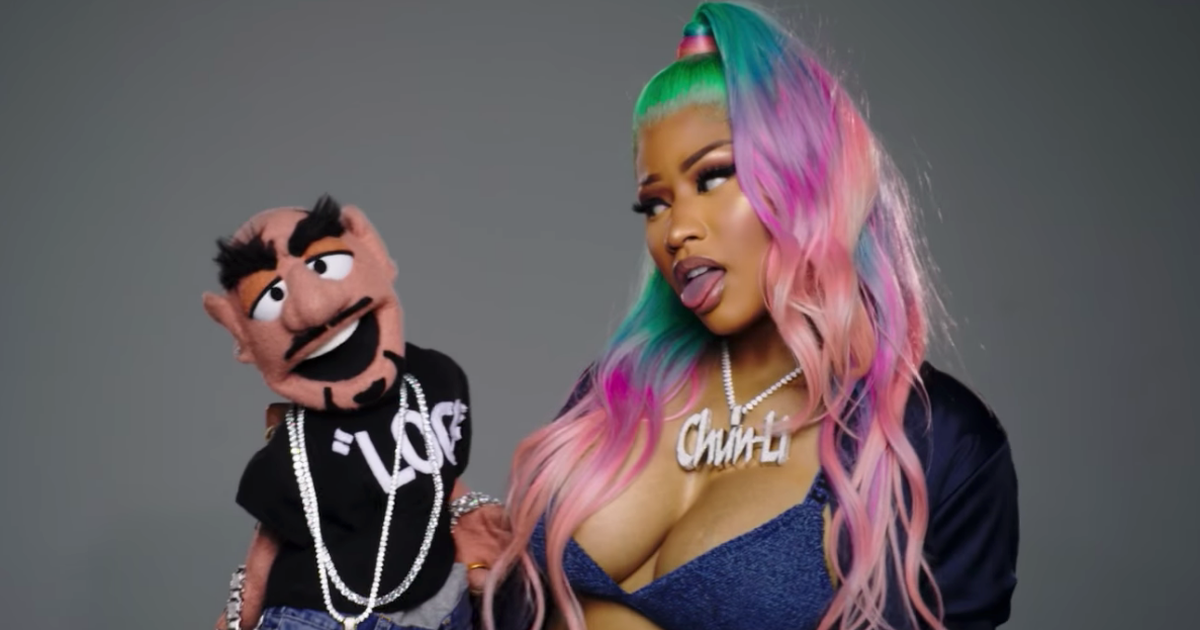 Nicki Minaj hangs with puppets and teases her fellow rappers in her new video for “ Barbie Dreams .”

“Barbie Dreams” is the third music video off her fourth studio album Queen. The Notorious B.I.G.-sampling follows the videos of  “Chun Li” , “Ganja Burns” and “Bed” and the pre-Queen single  “Barbie Tingz.

The colorful, Hype Williams-directed video opens with a puppet nonchalantly introducing the proceedings before Nicki takes over.  The video features a number of hip-hop stars as puppets with the likes of Tekashi 6ix9ine, DJ Khaled, Drake as puppets.

The song instantly became a fan favourite when Nicki dropped the album Queen. Shortly after the release Nicki took to social media to reassurance fans that the song was not a diss. In the song she mentions a lot of the Hip Hop industry’s heavyweights from Lil Wayne , 50 Cent to  American Football player Odel Beckham.

I only mentioned people in #BarbieDreams that I fuk wit. This isn’t a diss. Yikes. This is culture, this is BIGGIE!!!!! New York!!!! This is FUN. Light hearted fun FUN

Check the Barbie Dreams video below:

The video’s arrival comes just hours after Nicki took to her Queen Radio show to give her account of the fight between herself and Cardi B at New York Fashion Week.