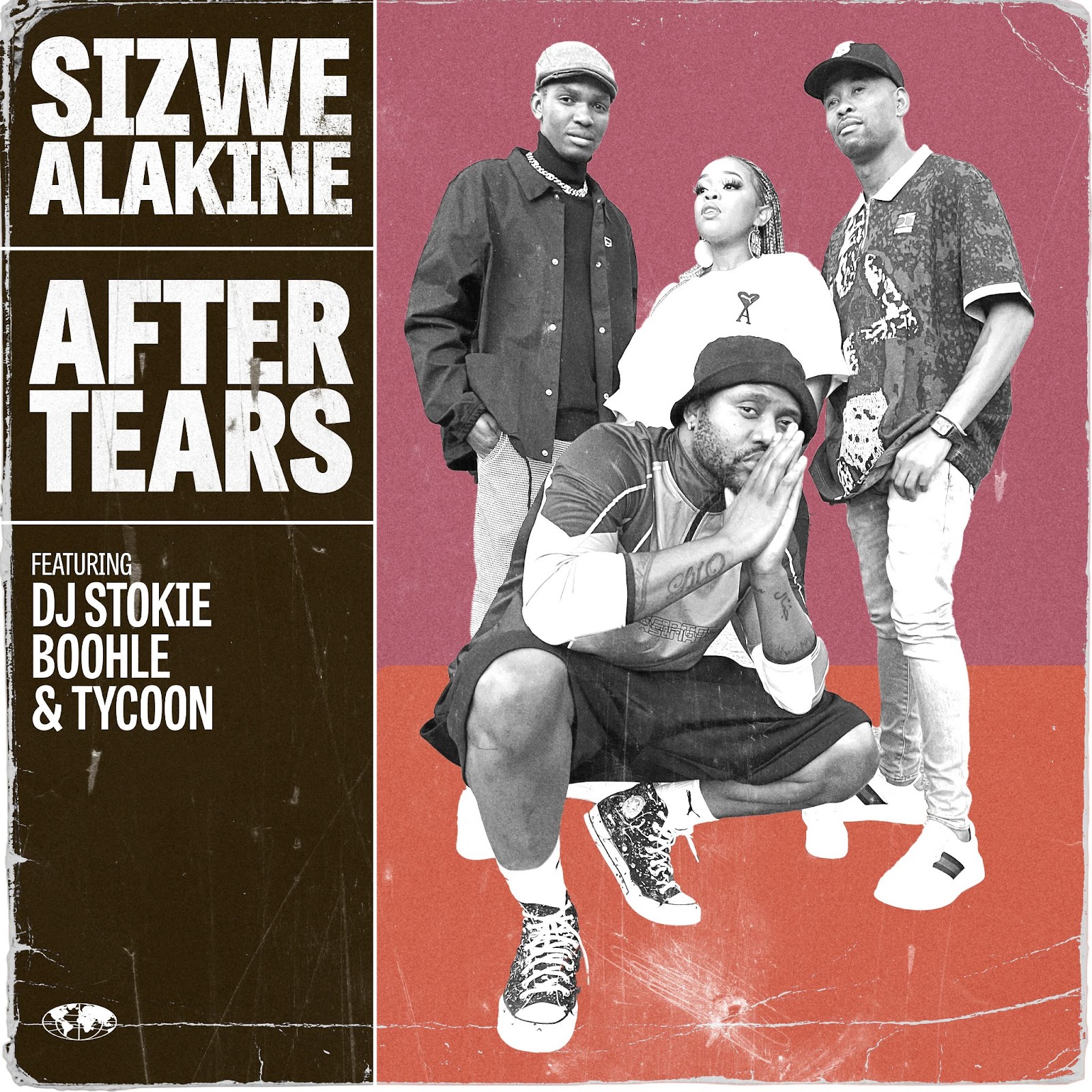 27 May 2022: Johannesburg, Sizwe Alakine releases ‘After Tears’ an emotional single featuring the haunting vocals of Boohle and the legendary production of Dj Stokie and the new kid on the scene, Tycoon.

The song recorded last year became a personal prophecy for Sizwe, after the recent losses of his close friends and industry mates, Riky Rick and Dj Dimples. In a Kwaito-styled delivery Sizwe mourns at the song’s end: Mngani Wami, Bhade lam, mara vele why ungishiya ngi’one” translated: “My friend, my buddy, why would you leave me alone”.

The combination of Dj Stokie and Tycoon on the melodic production brings emotion to the Amapiano signature lock-drum. Boohle’s vocals are colored by an ancestral-like haunting, which perfectly captures the song’s essence. “Usibona s’jabulile, iinhliziyo zib’hlungu/

Boohle: “I heard the song and could immediately relate, the first vocal that I’d recorded somehow went missing, and Sizwe waited for me to return from my trip to London to re-record. This is a big song that’s relevant to the times we’re living in”

“The energy, the chemistry well creating the song was just right and I think we’ve got one! I’m particularly excited to have worked with Boohle, who I’ve been trying to get into the studio for a while now,” adds Stokie.

“It’s an honor to work with such established acts, whose artistry I respect. This song is a banger!” Says Tycoon.

“I’ve always believed music to be reflective of the human experience, at the time of recording, I had no idea that the song would hit home for me; having encountered multiple losses in a personal capacity. This song is an ode to all those who have passed on, something we’ve all experienced, particularly during the pandemic. My music continues to tell our stories and heal us” comments Sizwe.

‘After Tears’ is out now on all streaming services: https://WarnerMusicSA.lnk.to/After_Tears

​​Sizwe Alakine, born Sizwe Kevin Moeketsi was introduced to the public as Reason – a now-legendary name within the South African entertainment industry. A multi–talented and award-winning artist, Sizwe’s 15 years in the entertainment industry is embellished with many accomplishments. Amongst his achievements are five South African Music Awards (SAMAs) nominees and four SA Hip Hop Awards (SAHHA).

Sizwe aka Reason has also collaborated and shared stages with some of the world’s top talent, among many others; Swizz Beats, Nas, Timbaland, Mick Jenkins, Sibongile Khumalo, Maphorisa, and Kabza De Small.

His major-label release, After Tears under Warner Music Africa featuring Dj Stokie, Boohle & Tycoon is slated for the 27th May release, and his debut Amapiano album, later this year.

Sizwe’s ability to reinvent himself and capture audiences spanning over a decade within different mediums of the entertainment industry proves his stating power, with his next era having eyes on the global stage