MSAKI RELEASES VISUALS FOR HER NEW SINGLE, “BORN IN A TAXI” 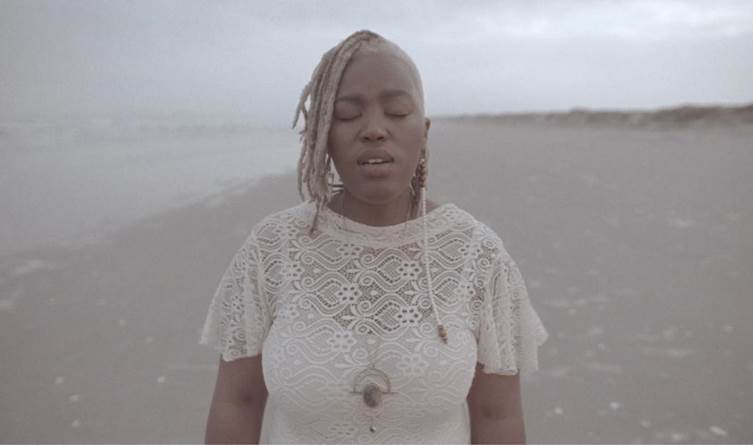 “At the beginning, I wasn’t planning on writing love songs. I was making a protest album and had been consumed by a stream of acidic songs or spinning out of a haze of confusion and anger, processing the heartbreak of realising there had never been a rainbow; nor was it safe to be black, or poor, or a woman here,” Msaki says on the creative process behind the track.

Msaki spent a week working on string arrangements for the “angrier” songs, along with the sonic and philosophical problem solving, taking long walks in the park in search of softness to balance the fight.

“I heard “Born In A Tax” playing on the radio and heard what it was: a love song, an attempt to stay supple. My voice cracked in a key too high as I sang “don’t leave me blind” and there began the love songs part of the album,” she says.

The (mostly) acoustic Platinumb Heart Open album features Msaki and her band recording live in one room. “It’s the folk singer in me. The hopeless romantic who thinks that one love song and a guitar can change the world. It’s the person who believes that” she adds.

The video premiered on MTV Base (Africa) on Tuesday as this week’s official Spanking New feature and is now available for her international fanbase to view on her channel.

Edit and colour by Marty Bleazard

Access her press portal here, and her full-length bio here.