Miguel has finally proposed to his girlfriend Nazanin 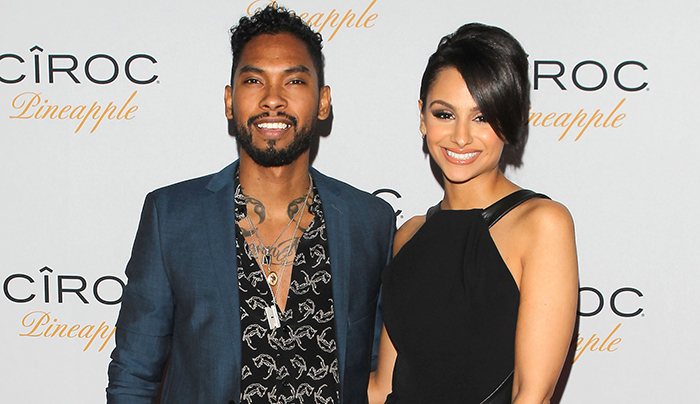 It was about time ! Miguel has finally proposed to his girlfriend, model and actress Nazanin Mandi, after being in a relationship for twelve years. And to mark the occasion, the “Adorn” singer bought a pricey diamond ring and made things official with the lucky lady.

…. When you get all dolled up but decide to stay in …. Eat …. And watch A Haunting👻Thank you for the Trim @1littlemonster @carltonhairmdr ✨

Miguel and Nazanin met on a video set in 2005 and have stuck together since. In may 2015, Miguel revealed in an interview with Hot 97 why he  hadn’t proposed to his girl yet. This was his answer back then :

“I think it’s more about working–thing is, you got to know who you are as a person, first of all. I think I’ve come so far as a man, and I’m just starting to feel solid, where I can be like, ‘You know what? I think I can hold this down legitimately.’ I think now people throw things around, like marriage. I just wasn’t raised like that.

I don’t feel the pressure because I know that when I commit, I really commit. Now it’s just thrown around because it’s so easy to break up. And I’m just not that kind of person. I’m just not gonna do that. I wouldn’t do that to her, and that’s just not how I was raised. I just don’t feel like that would be honorable.”

It looks like Miguel isn’t “wild at heart” anymore and is ready to tie the knot !