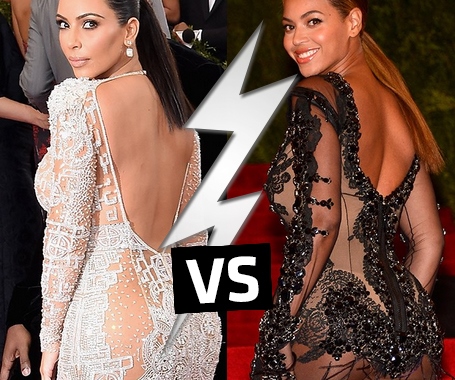 The Met Gala is an annual fundraising gala for the benefit of the Metropolitan Museum of Art’s Costume Institute in New York City. It is an eagerly awaited events and a good opportunity for celebrities to stunt with their best look.

Thus, yesterday Kim Kardashian was wearing a transparent Roberto Cavalli dress which look very similar to Beyoncé‘s one in 2012! Indeed, in 2012, Beyoncé was wearing a black see-through dress, which must have inspired Kim for the 2015 Met Gala.

Here are the pictures:

Who got the best style? Kim Kardashian in 2015 or Beyoncé in 2012? Vote below for your favourite outfit.