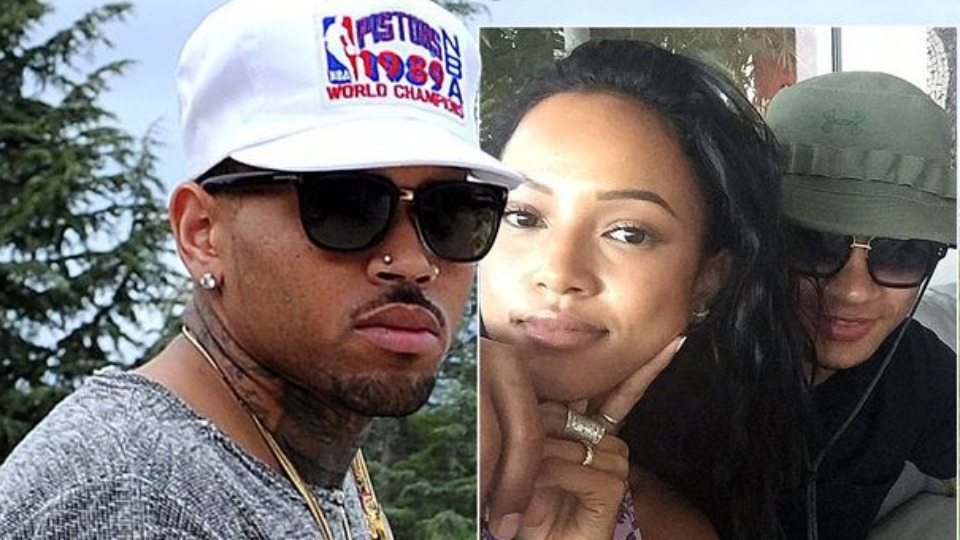 Chris Brown’s ex is busy touring England this week, and has been spotted recently on a series of outings with the tattooed footballer.

The 27-year-old spent a whopping three hours at the Manchester shopping centre with the Dutch footballer on Monday, just days after the pair were pictured partying together at Suburbia nightclub and Club LIV.

The pair were spotted in Miami together in June, but no one has commented on whether they’re more than friends.

Depay posted a picture of him and Tran together at the time, with both of them looking relaxed and close with each other.

While the sportsman is seen in the background smiling, Karrueche is leaning back into him.

They’ve barely left each other over the last week, and have been at Manchester nightspots together all throughout Saturday night.

The 21-year-old footballer didn’t try and keep a low profile as he joined the gorgeous model at the club, wearing a white and black jazzy print jacket and a gold grill.

Karrueche has been single since splitting from Chris Brown in March after over five years together, but it seems that the Manchester United winger might be a contender!