Kim Kardashian: “I often have quickies with Kanye” 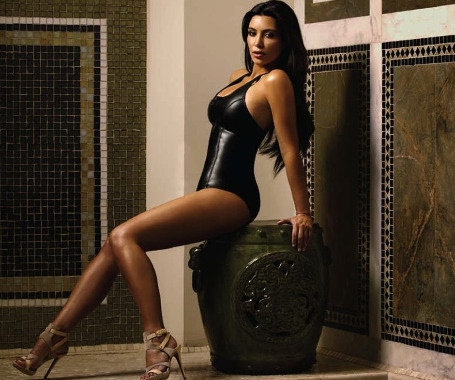 Kim is far for being the prude woman in her family. Since her sextape with her ex Ray J that has made her known to the public, plus her very suggestive naked poses in covers magazines and the increasingly intimate details she gives on her sex life with Kanye, she doesn’t seems to stop (it would have surprised us). One time again, Kim shows off!During an episode of “Keeping up with the Kardashians” Kim has dropped some details on her and Kanye’s sexual performances as she proudly told her sister Khloé that she “has been having sex 500 times a day”.Kim once told her family that after having sex with Kanye, she needed to take a nap. “The doctor said when I have sex I have to lay down for, like, 10 to 20 minutes, so, I just had sex before you guys got here,” she revealed.

Another story that we wish we could have not heard: Kim also explained that “It takes 10 minutes for a sperm to swim up there.” So after sex, she likes to let everything “marinate inside of me.”Kim also said that she needed to be ready to do it anytime and anywhere, if she wants to have a baby. “There’s only a 20 percent of chance of getting pregnant every month, I know that I’m ovulating right now, so you gotta get it in when you can get it in!” she said.According to Kim, sex at work would also be a very good thing. “I was like, I’m ovulating today! So I made [Kanye] come to my photo shoot,” she told her sister, Khloé Kardashian, about one recent quickie in a studio bathroom.But it isn’t just to have a baby. “My husband Kanye and I have an amazing sex life,” she said, before adding “my favorite position is from the back.” In addition, she and her husband love nudity (we would have suspected that, thanks Kim). And when she lets herself go, she can always count on her husband “Kanye always says to dress sexier. He’s always encouraging me“.Do you think that she talks too much about her private life?