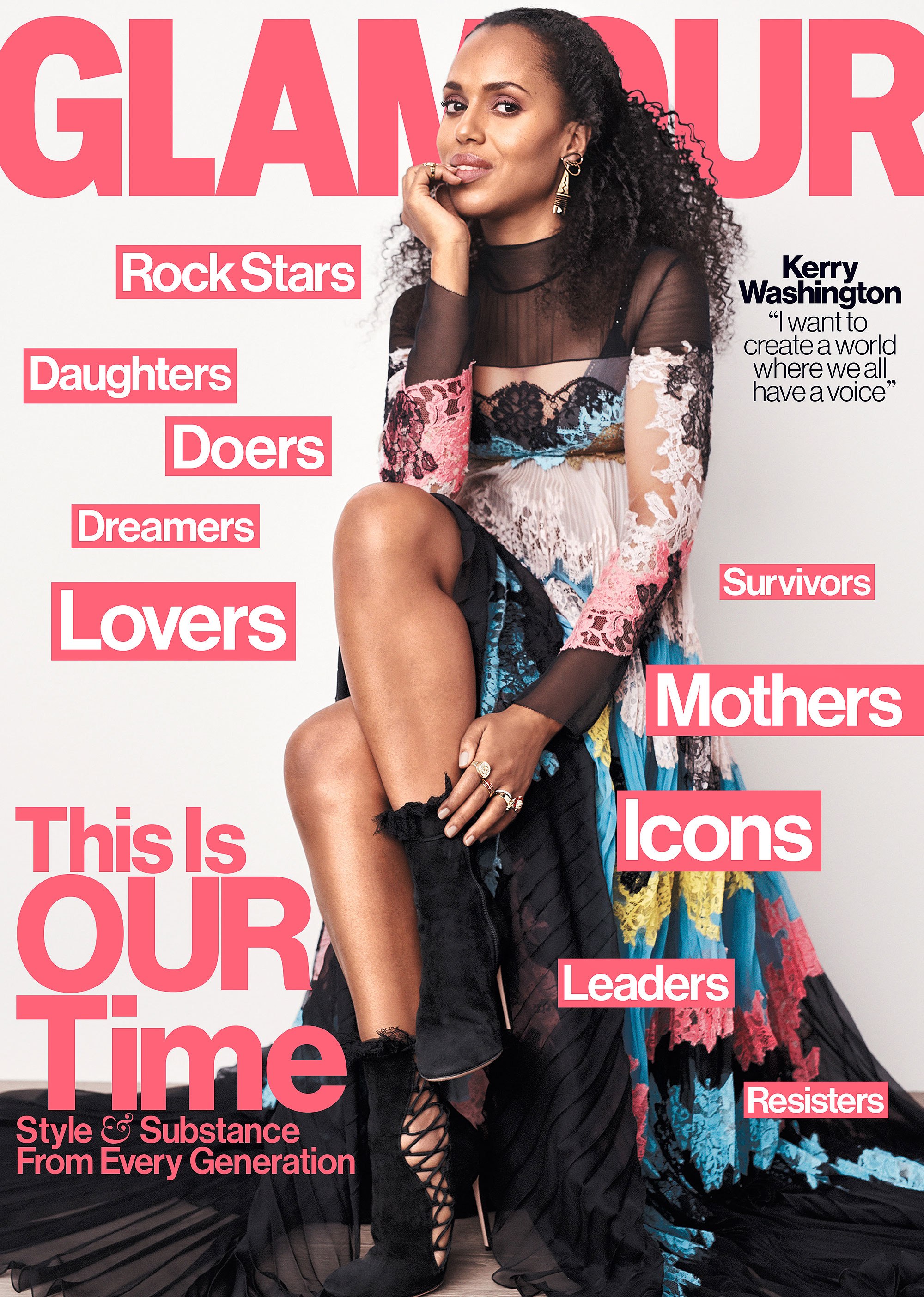 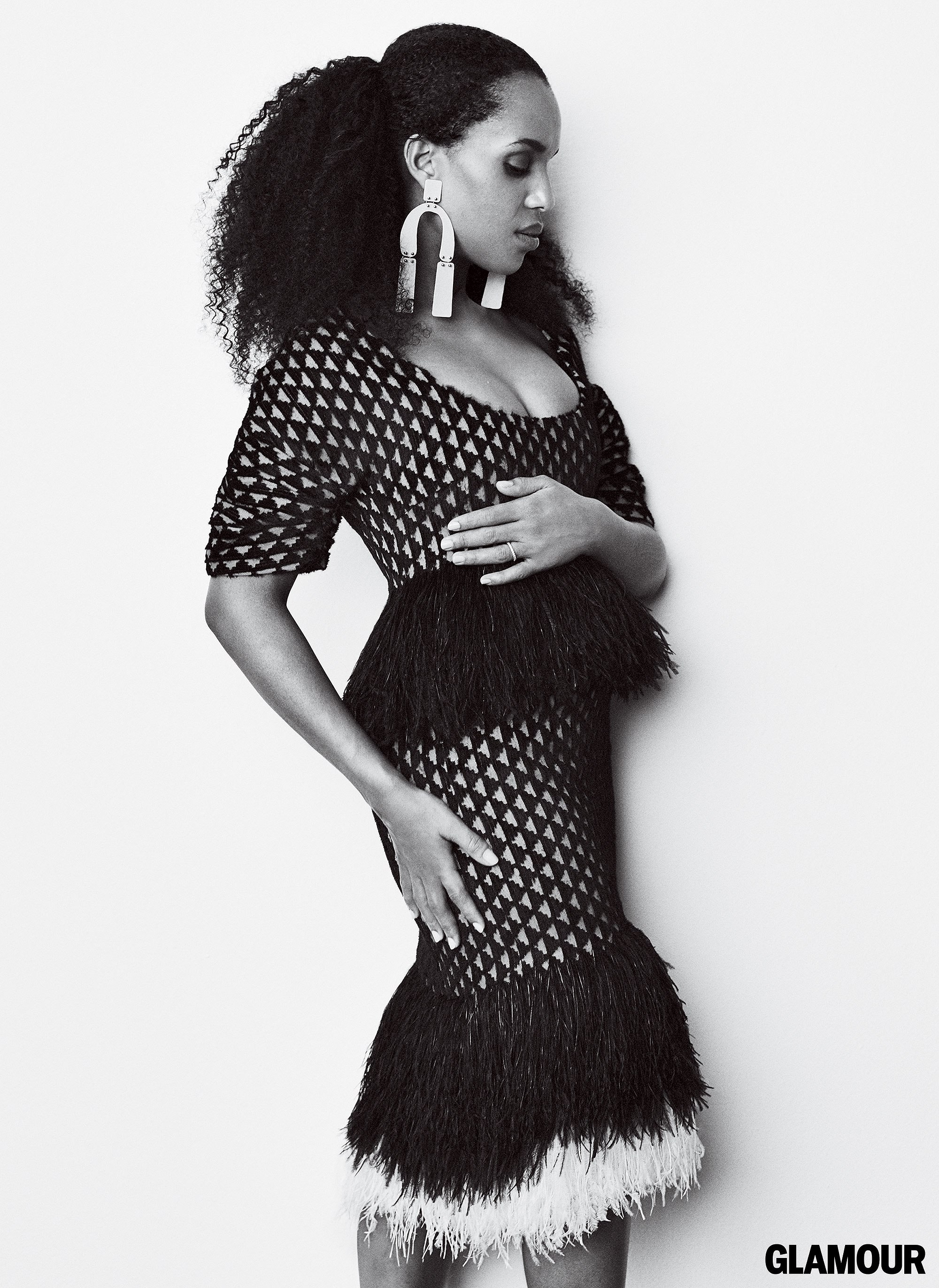 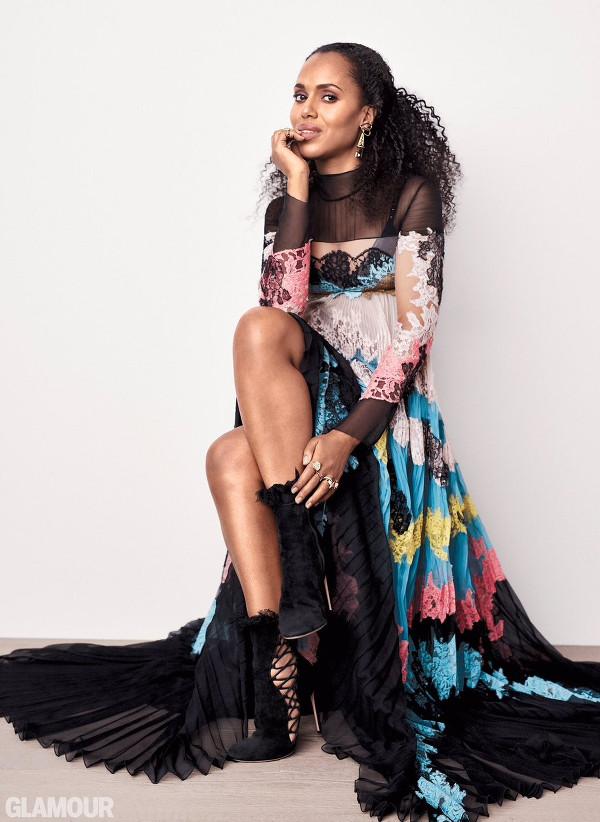 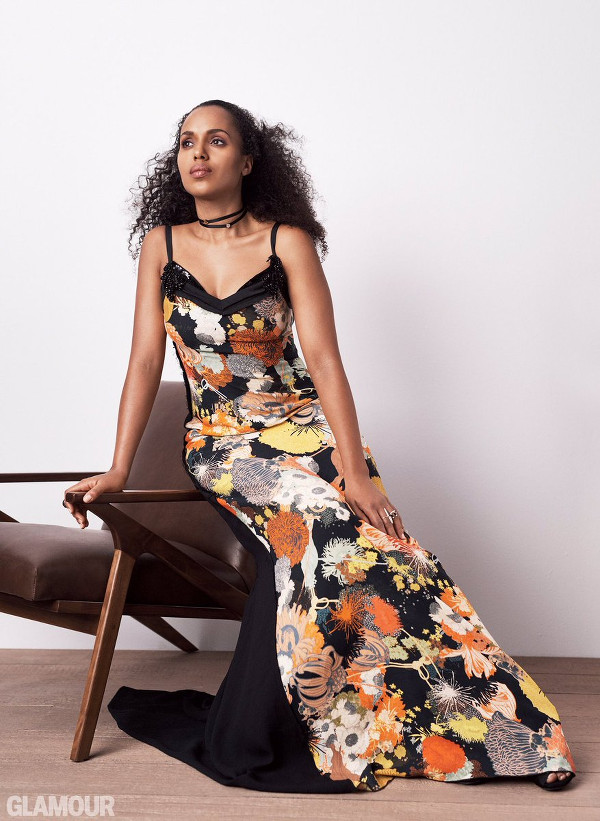 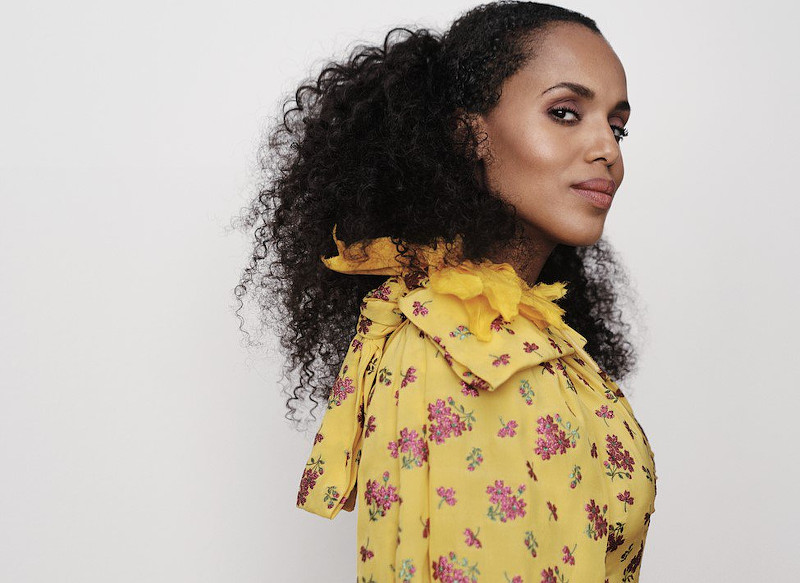 Kerry Washington is on the cover of the May issue of Glamour and we cannot be more excited !

Inside scoop on Scandal

Kerry, 40, told Glamour: “In the first season, it was as if Olivia Pope was raceless. There was no denying that Olivia was a black woman, because I’m a black woman playing her in badass white trench coats that call to attention the fact that I’m not looking like anybody else on television. But we didn’t talk about her identity as a black person.”

But the actress says there was a deliberate change in her “Gladiator” alter ego’s storyline later in the hit series.

“[Since then] the writers have become more and more willing to deal with race… When Olivia was kidnapped, it was not lost on me that the fictional president of the United States was willing to go to war to save one black woman at a time when hundreds of black women were missing in Nigeria and we were begging the world to pay attention. Shonda [Rhimes, creator] was saying, ‘The life of a black woman matters.’”

The actress went on to say : “My deepest desire is to create a world where there’s room for all of us, where no matter who you are, you get to wake up in the morning and know that you are worthwhile and deserving…If that’s the world I want to live in, I have to do the work to make that true for me. I have to do the work of self-love and affirmation, and say, ‘I am a woman, I am a person of color, I am the granddaughter of immigrants, I am also the descendant of slaves, I am a mother, I am an entrepreneur, I am an artist, and I’m joyful.’ And maybe in seeing my joy, you can finish your sentence with, ‘And I am joyful too.’”

You can read Kerry’s full profile here and check out the pics above !