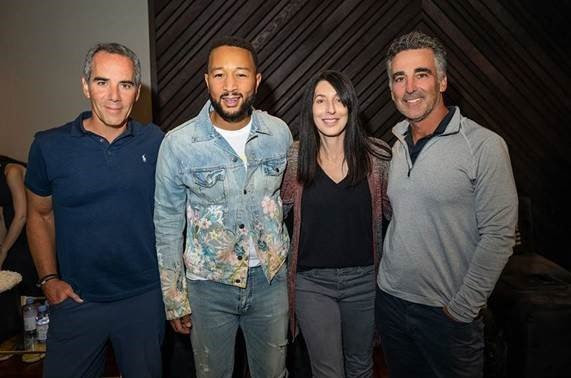 The EGOT winner will celebrate the deal with the release of a new holiday single.

John Legend has signed a new deal with Republic Records, leaving his longtime label home of Columbia, Billboard can exclusively reveal. The best-selling singer-songwriter will mark the occasion with the release of a new holiday single, “You Deserve It All,” on Thursday (Nov. 11), with his Republic full-length debut expected in 2022.

“I am excited to partner with Republic Records in this next chapter of my career,” Legend says in a statement. “Everyone at the label has been so wonderful to work with. I am thrilled to take this new artistic and creative journey with them and look forward to sharing new music with people soon.”

Adds Republic Records president, West Coast creative Wendy Goldstein, “There’s just no one like John Legend. He’s the consummate 21st-century superstar whose impact across culture and the world at large only continues to expand. We’re so honoured to join forces with him as he launches this next era with some of his most powerful music yet.”

In addition to marking Legend’s Republic debut, “You Deserve It All” will be released in partnership with LG Signature, a premium brand of LG Electronics. Legend has signed on as a brand ambassador for LG and has collaborated with them on a holiday campaign, ‘Legendary Gift: The Signature.’

All of Legend’s previous full-lengths — a total of eight studio albums, including the 2010 collaborative album Wake Up! with The Roots and the 2018 holiday LP A Legendary Christmas — was released through G.O.O.D. Music/Columbia or directly through Columbia. His 2004 debut, Get Lifted, remains his top album in U.S. equivalent album units with 2.8 million to date, according to MRC Data.

Legend’s 2013 album Love in the Future remains his highest-streamed album with 1.85 million on-demand streams — thanks in large part to “All of Me,” the ballad that became his first Hot 100 chart-topper in 2014. Bigger Love, Legend’s most recent album and final project with Columbia, has earned 260,000 equivalent album units in the U.S. since its release last year.

“You Deserve It All” was produced by Raphael Saadiq and co-written by Legend and Meghan Trainor. Legend and Trainor’s duet “Like I’m Gonna Lose You” became Legend’s second top 10 hit on the Hot 100 in 2015, peaking at No. 8.