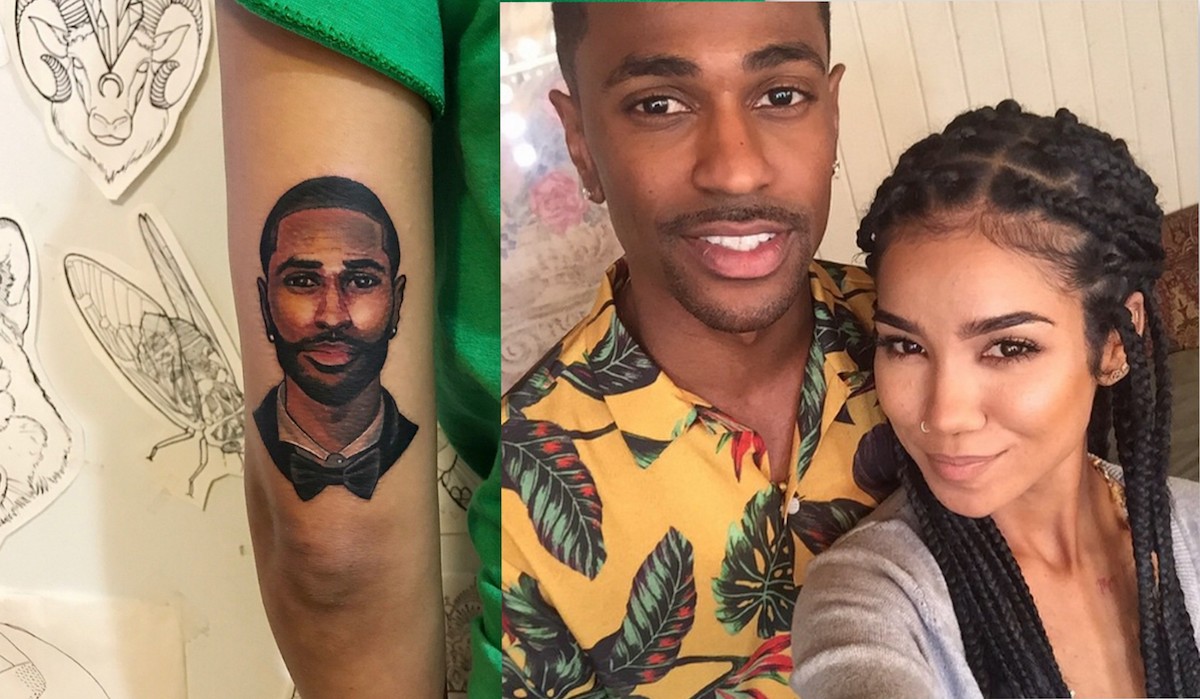 Singer Jhene Aiko has immortalised her relationship with Big Sean.

Jhene Aiko has confirmed her love for Big Sean with a huge tattoo of his face on her arm.  The ‘Trip’ singer, who recently finalised her divorce from Dot Da Genius, got her current boyfriend inked on her left bicep.

The close up portrait photo, shows the Detroit rapper smiling while wearing a suit and bow tie.

Twitter was quick to react after pictures of Jhene Aiko’s latest tattoo hit the net… see below !

Jhene Aiko falls HARD because who gets a tattoo of a boyfriend's whole face?😳😕

i honestly thought jhene aiko was smarter than that. a whole tattoo of another human being?

Jhene Aiko is a STRAIGHT FOOL for getting Big Sean’s face tatted on her. I’m actually in disbelief! Where’s his tattoo of her please? pic.twitter.com/tiFgzMdHuH

And finally, best for last…