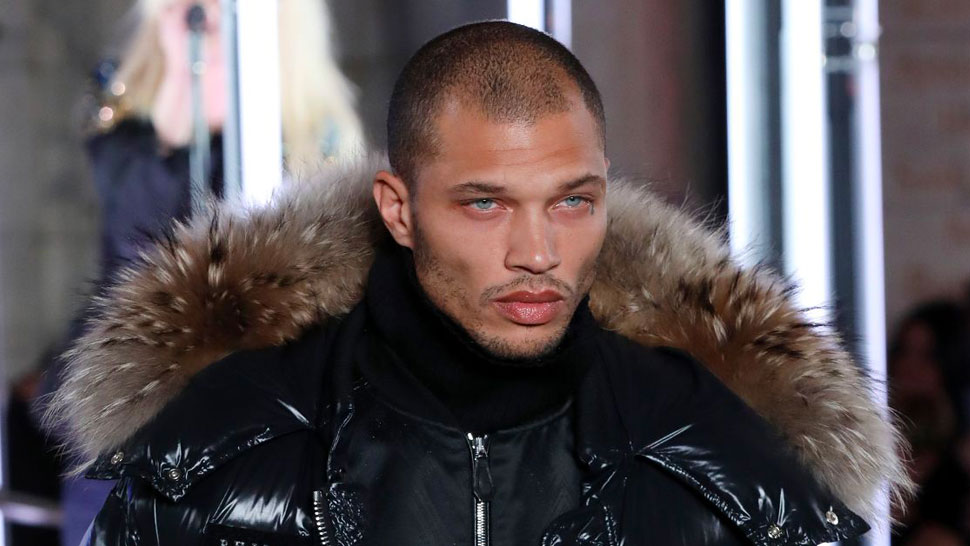 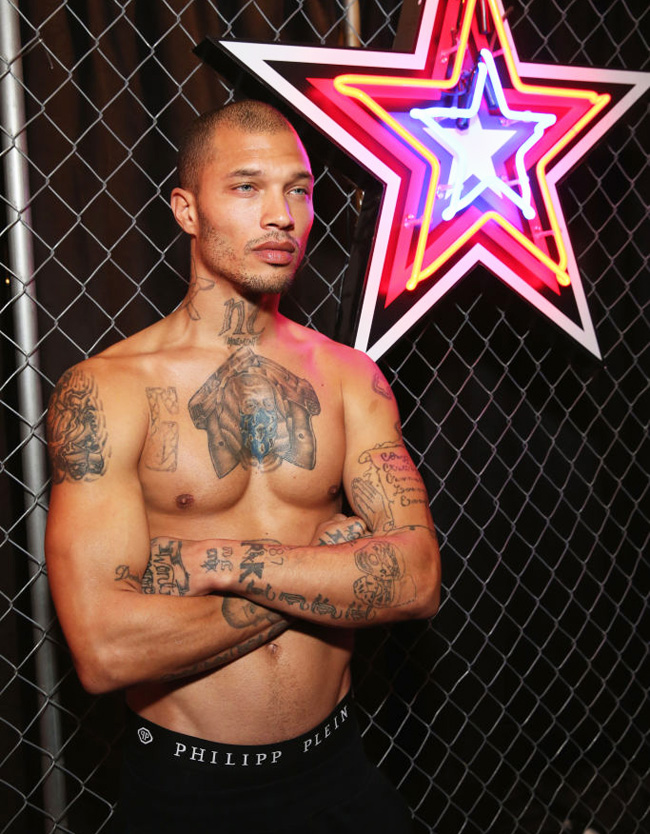 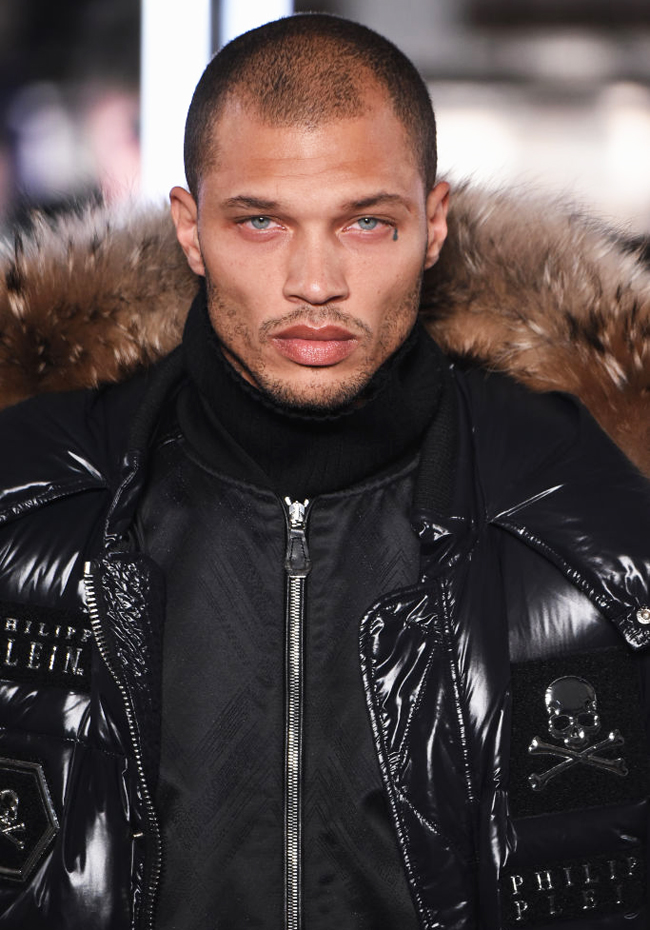 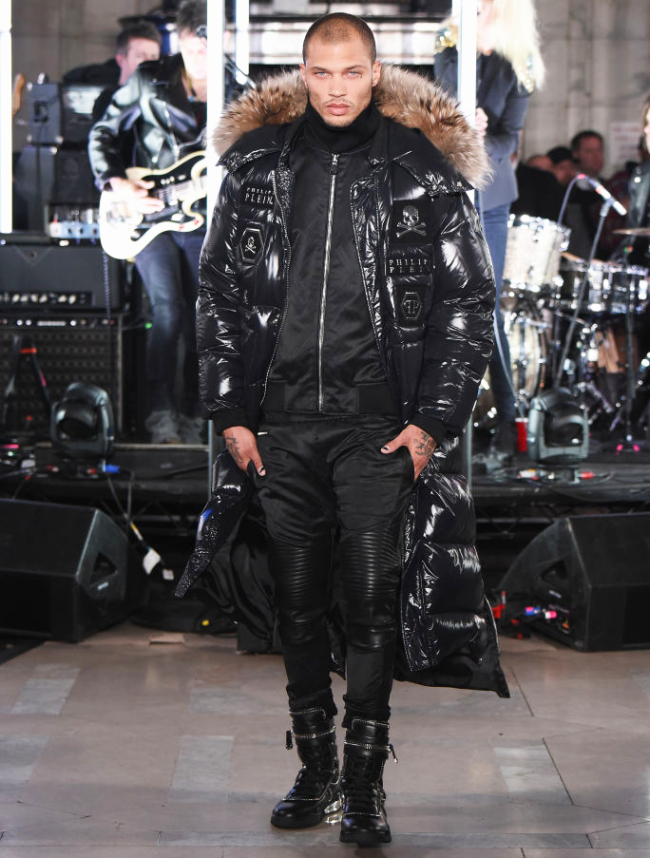 In this day and age we tend to chew up and spit out our viral celebrities. Case in point, take Jeremy Meeks. Three years ago, Meeks shot to internet fame when, unbeknownst to him at the time, his mugshot was released by the Stockton Police Department, causing women across the country to absolutely lose their minds over his chiseled cheek bones and dreamy blue eyes. 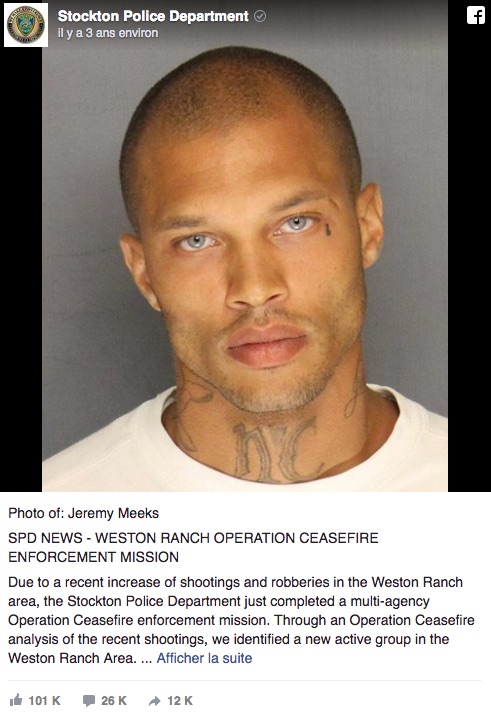 Star of the Philipp Plein show

Madonna, Paris Hilton and Kylie Jenner were among the celebrities at the NYFW show to see the blue-eyed mugshot star, who became an overnight social media celebrity in 2014. His photo was originally posted on a California police department’s Facebook page, attracting comments like: “Apparently, it is a crime to look this fine”. After making his catwalk debut this week, Meeks shared a photo on Instagram with Carine Roitfeld, the former editor-in-chief of Vogue Paris.