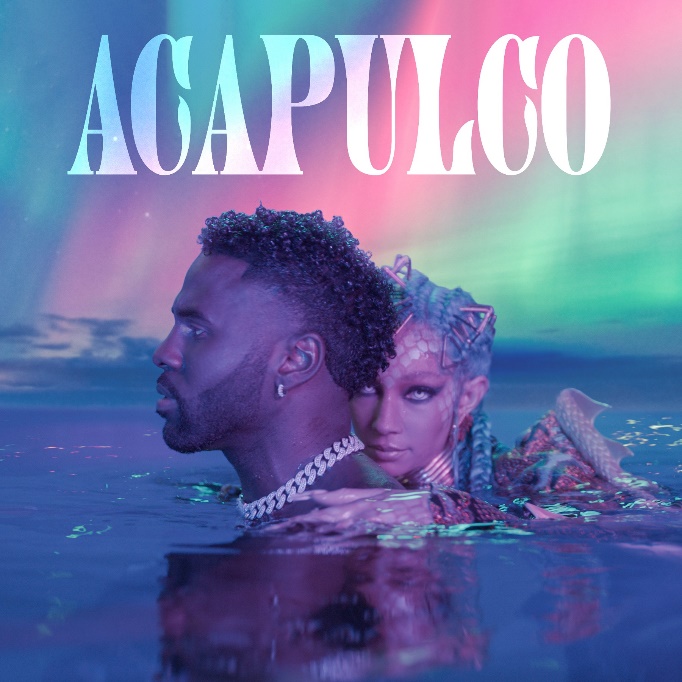 Multi-platinum global superstar Jason Derulo keeps the summer going with today’s premiere of the irresistibly buoyant new single, “Acapulco” available now via Future History/Atlantic Records. Directed by Derulo himself, the official video sees him stranded on a beach and lost in the magic of the jungle. “Acapulco” is already lighting up TikTok and dancefloors everywhere with an unforgettable dance break. Derulo recently introduced the track to his millions of worldwide fans by unveiling the official “Acapulco (Instrumental)” sound at his massively popular TikTok.

Hailed by Rolling Stone as “The Crown Prince of TikTok” and named atop the influential “Future 25” in its 2021 “Future of Music” issue, Derulo is among TikTok’s biggest superstars and the most popular active platinum-selling musician across the entire platform. Indeed, the multi-talented singer-songwriter, digital guru, and entrepreneur continues to see his already astronomical TikTok presence growing daily, now boasting more than 49M followers and over 1.1B likes, with his original sounds inspiring more than 19M fan-created videos thus far.

This summer has also seen Derulo teaming up with Tesher for an exclusive live performance of their smash collaboration, “Jalebi Baby,” as part of the Citi Music Series on NBC’s TODAY (streaming HERE). The track has proven another blockbuster for Derulo, generating more than 200M worldwide streams to date; an official music video boasts close to 59M individual YouTube views HERE.

Along with his hugely successful musical output, Derulo is an in-demand entrepreneur and brand ambassador, including a recent partnership with Jack In The Box launching the “One in a Milli Virtual Restaurant” out of Los Angeles-area Jack in the Box locations. What’s more, Derulo has announced the impending arrival of Jason Derulo’s UZO, an immersive new graphic novel from Z2 Comics based on a TikTok character created by the artist himself. Written by Anthony Piper (Trill League, Marvel’s Voices) with art by Eric Koda (Generation X, Extraordinary X-Men), Jason Derulo’s UZO arrives in finer comic shops and bookstores everywhere in October; all editions, including the exclusive deluxe and signed super deluxe hardcovers, are available to preorder now directly from Z2 HERE.

Forward-thinking, genre-defying, and massively creative, Jason Derulo has staked his claim as one of the most dynamic forces on the global pop landscape. Since breaking through with his 5X RIAA platinum-certified single, “Whatcha Say,” the award-winning singer-songwriter has sold more than 200M records worldwide. His latest triumphs include emerging as one of TikTok’s most influential users, boasting the 11th overall biggest account on the video-sharing platform, prevailing as the fourth most-followed male, and regularly amassing over 5M views per TikTok post. Now at work on his highly anticipated fifth album – and full-length debut for Atlantic Records – Derulo recently delivered a series of smash singles while operating as an independent artist. Those tracks include the wildly catchy “Lifestyle (Feat. Adam Levine),” “Take You Dancing” – a pandemic-era love song that’s inspired over a half-million videos on TikTok – and Jawsh 685 & Jason Derulo’s 2x RIAA platinum-certified chart-topper, “Savage Love (Laxed – Siren Beat).” The latter track – and its official BTS remix – proved an unstoppable international sensation upon its arrival last summer, peaking at #1 on Billboard’s “Hot 100” as well as atop charts in 16 additional countries around the world. A truly multi-dimensional creator, Derulo has also established himself as an actor and businessman, investing in enterprises like Catch L.A. and Rumble Boxing, becoming part-owner of Bedlam Vodka, launching an innovation-minded podcast, and developing a line of supplements and fitness products with the Najafi Group and BodyBuilding.com.