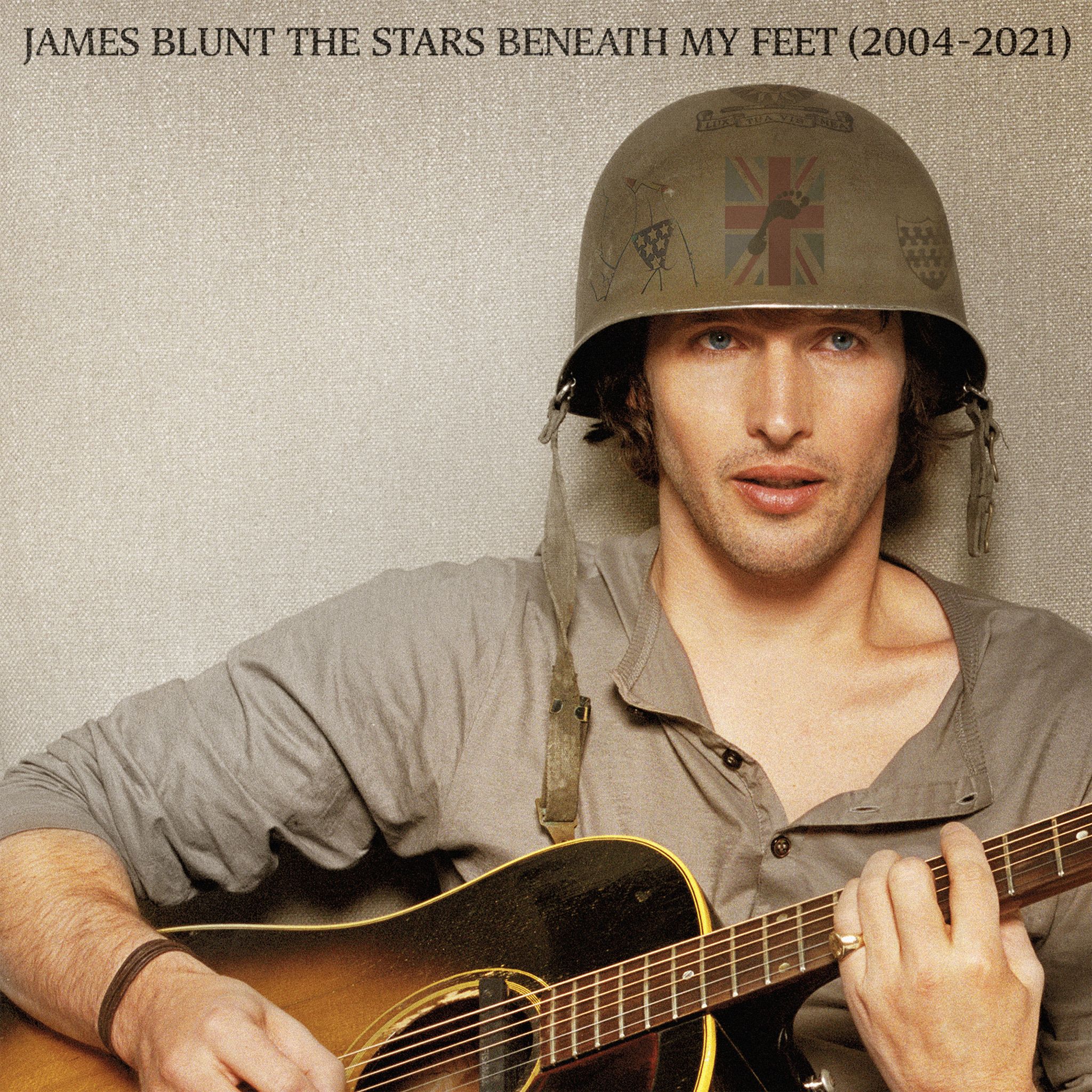 James Blunt today releases the culmination of 17 years of prolific songwriting in the shape of an impeccable, must-have greatest hits album titled, ‘The Stars Beneath My Feet (2004-2021)’ – on Atlantic Records.

It’s been an exciting week for James, which included an intimate performance for 200 fans at The Water Rats club in London — the first venue where James performed his very first gig at the beginning of his career.

Amongst the string of hit singles, ‘The Stars Beneath My Feet (2004-2021)’ includes four new songs (‘Love Under Pressure’, ‘Unstoppable’, ‘Adrenaline’ & ‘I Came For Love’), as well as four exclusive live performances from around the world, including a special performance from the Glastonbury Festival. It also features stunning tracks from his latest gold-selling album ‘Once Upon A Mind’, including the heartbreaking ballad for his father, ‘Monsters’. Needless to say, the thirty track album also includes James’ biggest hits, including ‘You’re Beautiful’, ‘Goodbye My Lover’, ‘1973’, ‘Bonfire Heart’, ‘Stay The Night’ and the rest.

James will embark on a nine date UK arena tour for 2022 which will see him celebrate songs spanning a 17-year career that has spawned over 23 million album sales, a global smash hit with ‘You’re Beautiful’, two Brit Awards, two Ivor Novello Awards, as well as five Grammy Award nominations.

James’ classic 2004 debut album ‘Back To Bedlam’, was recently named as one of the top ten best selling albums of that decade. Another side of James – his wit and charm – have in recent times been widely celebrated on his always engaging Twitter account.