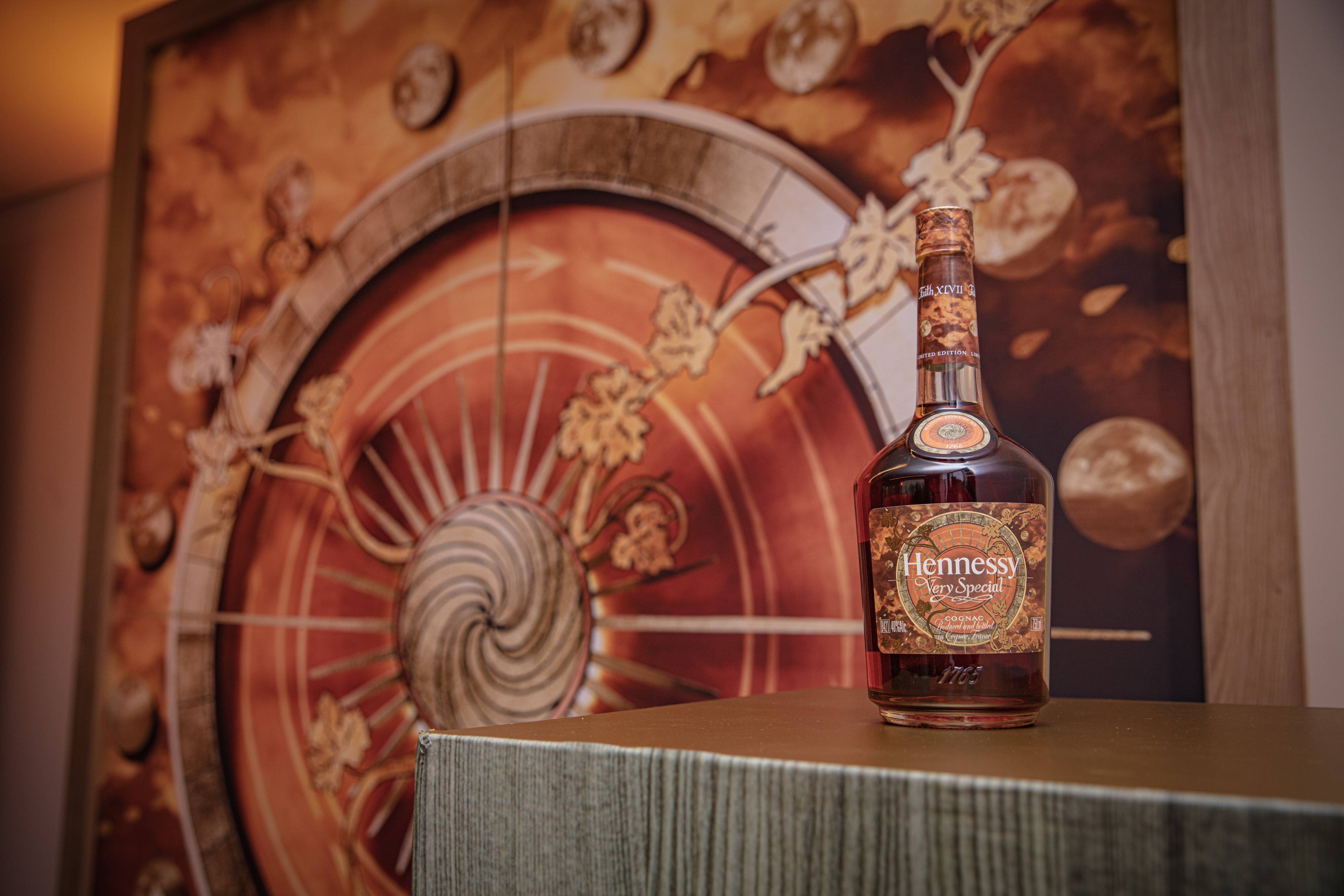 Hennessy – the world’s leading cognac brand – has commissioned South African street-turned-studio artist Faith XLVII (read as Faith 47) to complete its iconic Mural Trilogy. The trilogy has been seven years in the making and pays tribute to South African game-changers. It features Nelson Mandela, depicted by international artist Shepard Fairey in 2014 (Braamfontein); Yvonne Chaka Chaka, brought to life by Portuguese street artist Vhils in 2018 (Maboneng); and now, Faith XLVII’s tribute to women, which was unveiled on 22 April on Smit Service Rd in Braamfontein. 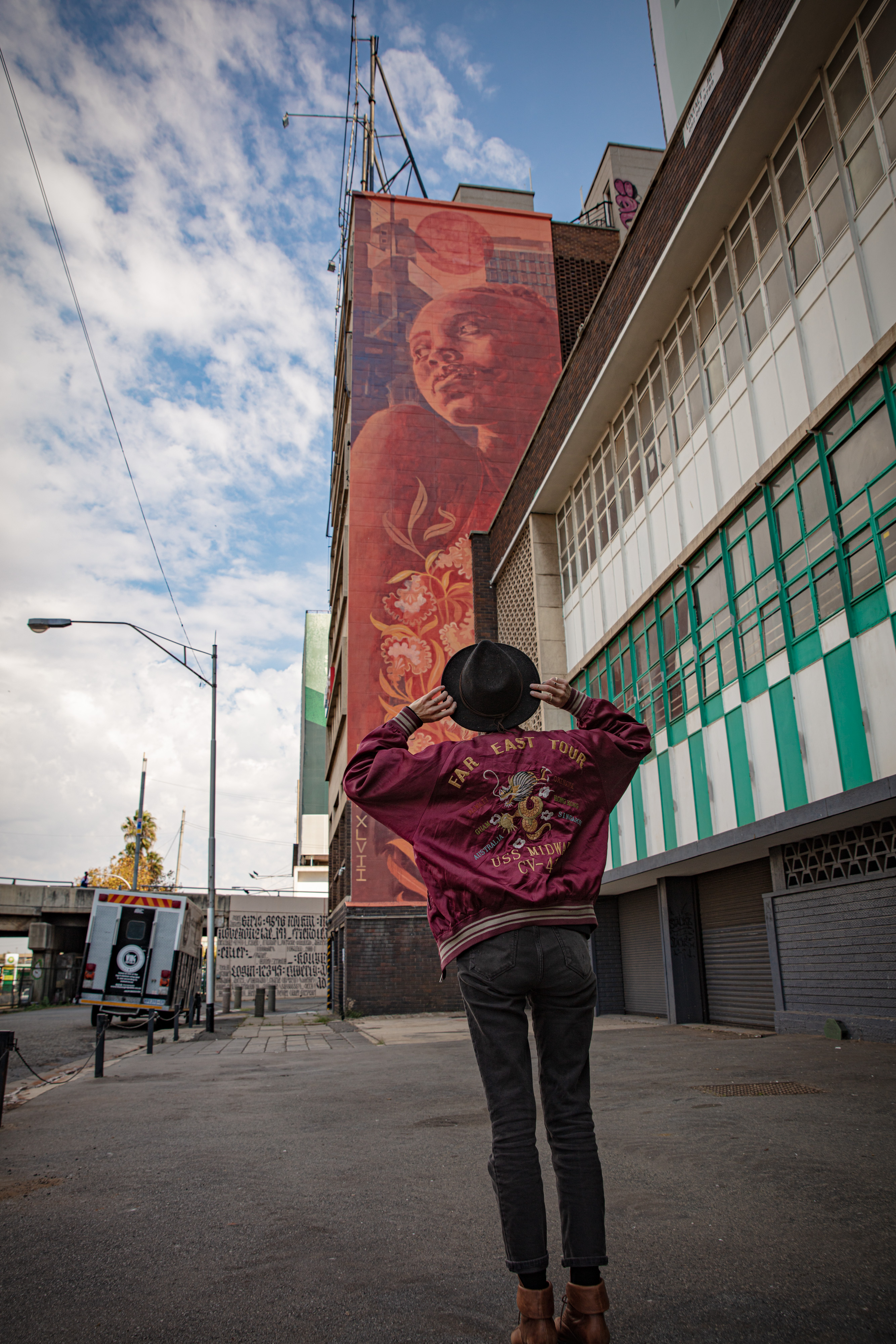 The spectacular mural is just another expression of the continued affiliation between Hennessy Very Special and urban culture. Last year, the Maison Hennessy announced its global collaboration with Faith XLVII for the design of its tenth annual Hennessy Very Special Limited Edition. As the guest artist, Faith XLVII was also the first female voice and first South African to join the Limited Edition series; a formidable artistic lineage that features internationally acclaimed talents such as Felipe Pantone, Vhils, JonOne, Shepard Fairey, Os Gemeos and Futura.

The final piece of the trilogy was unveiled at an exclusive event in Braamfontein – a creative, urban culture hub – which saw artists and creatives such as MC Scoop Makhathini, Osmic Menoe and the likes come together to celebrate.

Khomotso Ledwaba, Brand Manager for Hennessy SA, says, “We are proud to continue our partnership with this global talent. Who better than Faith XLVII- a fellow South African and embodiment of our Never Stop. Never Settle brand philosophy – to complete the Mural Trilogy.

“As an artist, activist and game-changer in her field, Faith XLVII builds on our longstanding commitment to forge ties with pioneers of urban culture. It has been a privilege to work with her and to reflect on the artistic synergies between both herself as an artist and us as a brand. It’s an important moment for us in our ongoing effort to partner with artists who are part of a global movement.”

In the final installment of the trilogy, the brand continues to explore the alchemy of the artistic process, as it collaborates with Faith XLVII to pay tribute to powerful South African icons.

“Following the themes of the Shepard and Vhils murals, who both celebrated iconic South African figures, Mandela and Yvonne Chaka Chaka, I decided to honour the women of Johannesburg,” says Faith XLVII.

“I generally don’t project into how an audience should interpret a work, but I am hoping the final mural conveys the vibrance and electricity of Johannesburg, a city I have loved since childhood. This while paying tribute to the powerful women who shape the city’s culture,” she concludes. 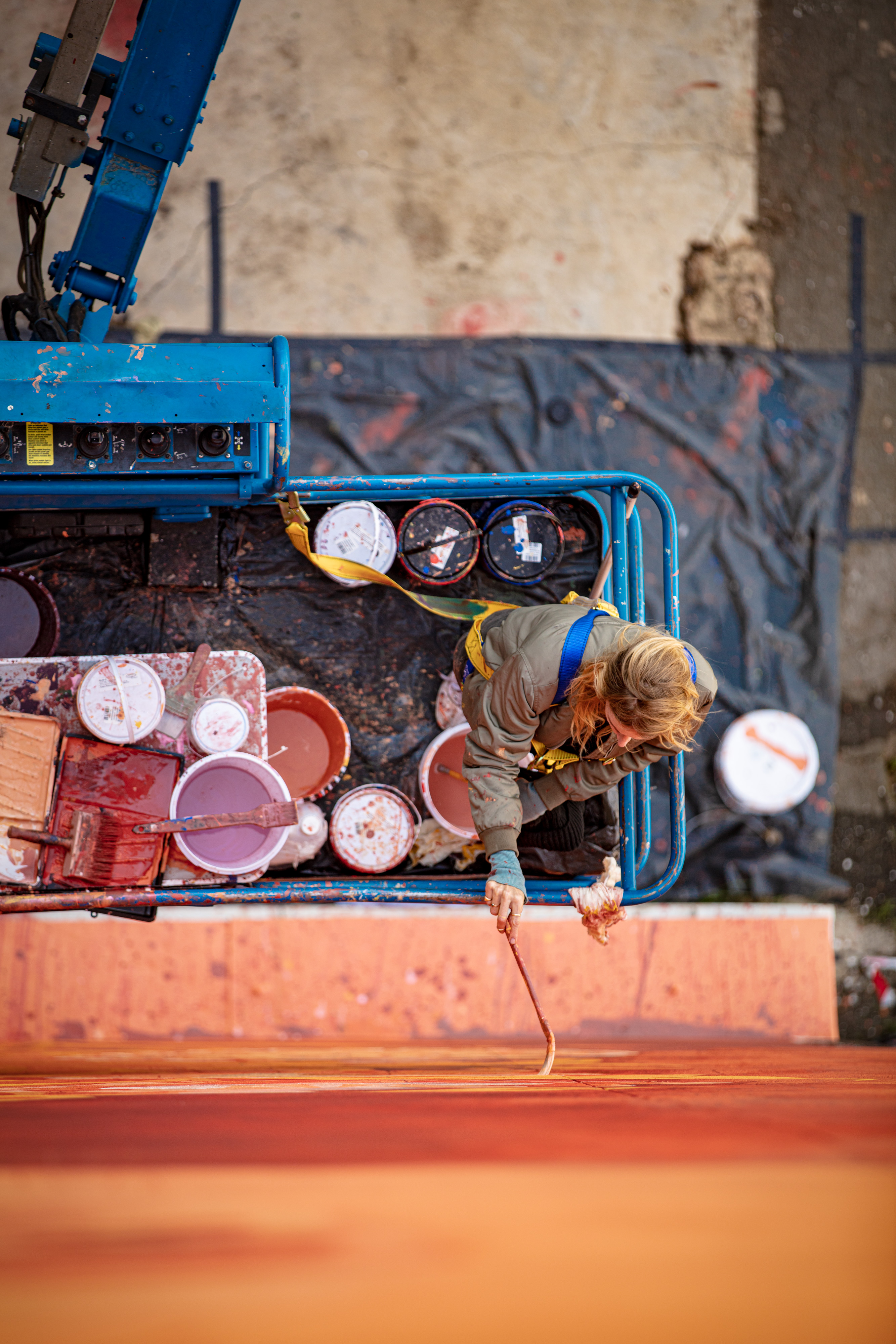 As the first South African artist to be part of the Hennessy Very Special Limited Edition series, and the artist honoured with completing the Hennessy Mural Trilogy, Faith XLVII shares her feelings on the collaboration:

Hennessy Very Special is a well-known global brand, one that has cultivated the arts all over the world. You are the third collaborator in an amazing trilogy of murals which has featured works from Shepard Fairey and Vhils. What has been the highlight of this collaboration?

“Johannesburg is really powerful. I’ve been coming to the city since I was a child. There is an electricity in the air, and a mix of cultures that creates a vibrancy that is so specific and unique. I love the people of Johannesburg; it’s a rough, challenging place to live in and that gives one a kind of realness and directness that I appreciate. Over the years, I’ve painted many pieces in this city, starting with tags and pieces, to large murals, slogans and paste ups. Returning to this heart centre to contribute a large-scale public mural is important; as a South African, I want to contribute to my country in the way that I can.”

You have been fortunate enough to travel the world doing what you love. What do you think makes South African art unique?

“South Africa, and Africa as a whole, has been through so much hardship and grueling transitions.”

“There have been many difficult lessons and challenges to face here. It is also a place that holds immense richness of culture and creative thinking. Artists are often the ones who reflect the culture and consciousness of the times within their work.  When you look at the art made on the continent, it beams with a kind of authenticity and depth. I strongly believe that there is a lot that South Africa can bring to the world, there is a vital pulse here, lessons of humanity and appreciation of the soil of the land.”

As a woman in what is perceived as a male dominated space, can you comment on some of the challenges women in the industry have faced and whether the industry has made any advancements since?

“Like many professions / movements, this culture tends to elevate male artists. That is due to old established hierarchies. It has always been important to me to challenge the status quo.”

“Growing up in South Africa I was made aware of the great divides in race, class, gender, and issues of xenophobia. Humans can find many ways to separate ourselves from one another. It’s very important that we question the old systems and ways of thinking, and breathe new life into how we structure society, the workplace, community.”

What do you think are some of the must-have qualities of an exceptional artist?

“An exceptional artist is someone who has been able to articulate themselves within a visual language in a way that not only expresses their inner reflections on the world, but that can engage another’s reflection. We are not islands – we are part of a sea of community and interrelatedness. Art can be a conduit to pass on deeper messages and understandings of the world. To shift perspectives, investigate our understandings, open hearts and provide nourishment to the mind and soul.”

Since 2010, Hennessy Very Special has partnered with some of the world’s most respected street artists including Shepard Fairey, Felipe Pantone, Vhils and JonOne. You also have a history with the brand dating back to 2010. Other than your own, which of the Hennessy Very Special art collaborations are your standouts?

“The Felipe Pantone design which brings in a futuristic feeling to his design, and of course the Shepard design which, like all of his work, is so well balanced.”

Can you take us through the artistic process of this planned mural? Where did you find your inspiration and is it what you initially envisioned?

Following on from the themes in the murals of Shepard and Vhils who both painted iconic South African figures, Mandela and Yvonne Chaka Chaka, my artwork continues this tradition of paying tribute to powerful South Africans. With this as my motivation I decided to honour the woman of Johannesburg.

The woman who has to navigate this great city, with its booming culture and its bustling streets. Who has to earn a living, often supporting others while still keeping her mind focused on her dreams and abilities. Who has to deal with the constant struggle of staying safe and overcoming many challenges while still striving to be liberated and independent. She who brings life, wisdom, culture and shine to our lives – in the form of our sisters, friends, mothers, daughters, lovers, girlfriends, wives, aunts and grandmothers.

This woman is the hero of the city, of our country and it is to her that my mural is dedicated to.

The public will be able to view the mural in Smit Service Street, Braamfontein.

Hennessy Very Special has a unique style that makes it a reference in the art of blending. Hennessy Very Special brings together warm-hearted and full-bodied flavours. This know-how has been passed down through generations, to the delight of connoisseurs in search of a very special moment. For this reason among many others, it is a cognac appreciated by tastemakers over the world.