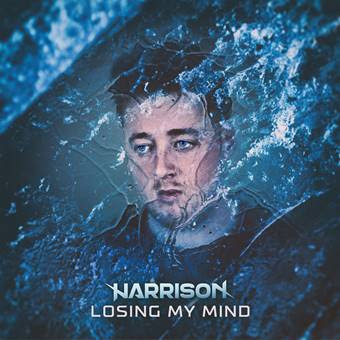 British artist Harrison drops his next single “Losing My Mind” via Virgin Records Germany / Universal Music. After the enormous success of the Juice WRLD cover “Lucid Dreams“, released on 2nd October and with over 14 million streams on Spotify, fans will once again be able to enjoy the emotional dance music of the exceptional artist with his new masterpiece “Losing My Mind“. The song describes the aspects of mania that can occur in the wake of a breakup: “When I’m not with you / I feel like I’m losing my mind / When I’m not with you / I don’t feel nothing inside”

Harrison talks about his new single and says: “This is one of my favourite songs I have written. I sat on it for a year and I keep coming back to it. So happy to get it released! It’s about someone very special to me who I lost. “

Making a name for himself with the Alok collaboration “Tell Me Why” (currently at over 23 million streams on Spotify), Harrison has since established himself as one of the most respected producers in the dance music scene. Picking up support from the biggest names, including Tiësto, Avicii, Dimitri Vegas & Like Mike and Radio 1’s Danny Howard, Harrison’s strong musical identity continues to push his career forward. He has previously worked with dance titans such as Alok, Steve Aoki, Dannic, Thomas Gold, Knife Party and Hardwell, cultivating a reputation as one of the scene’s most in-demand producers. 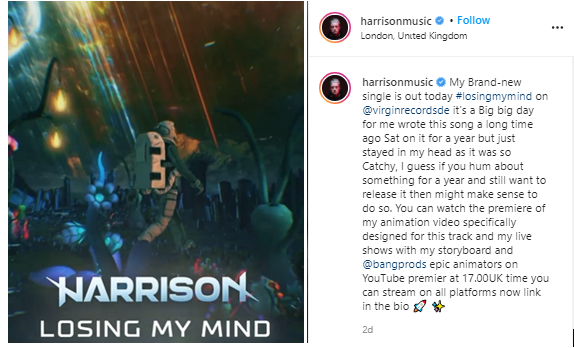 His recent releases with Virgin Records Germany were also followed by some milestones, including plays on Kiss FM and MTV in the UK for his single “Praise You”.