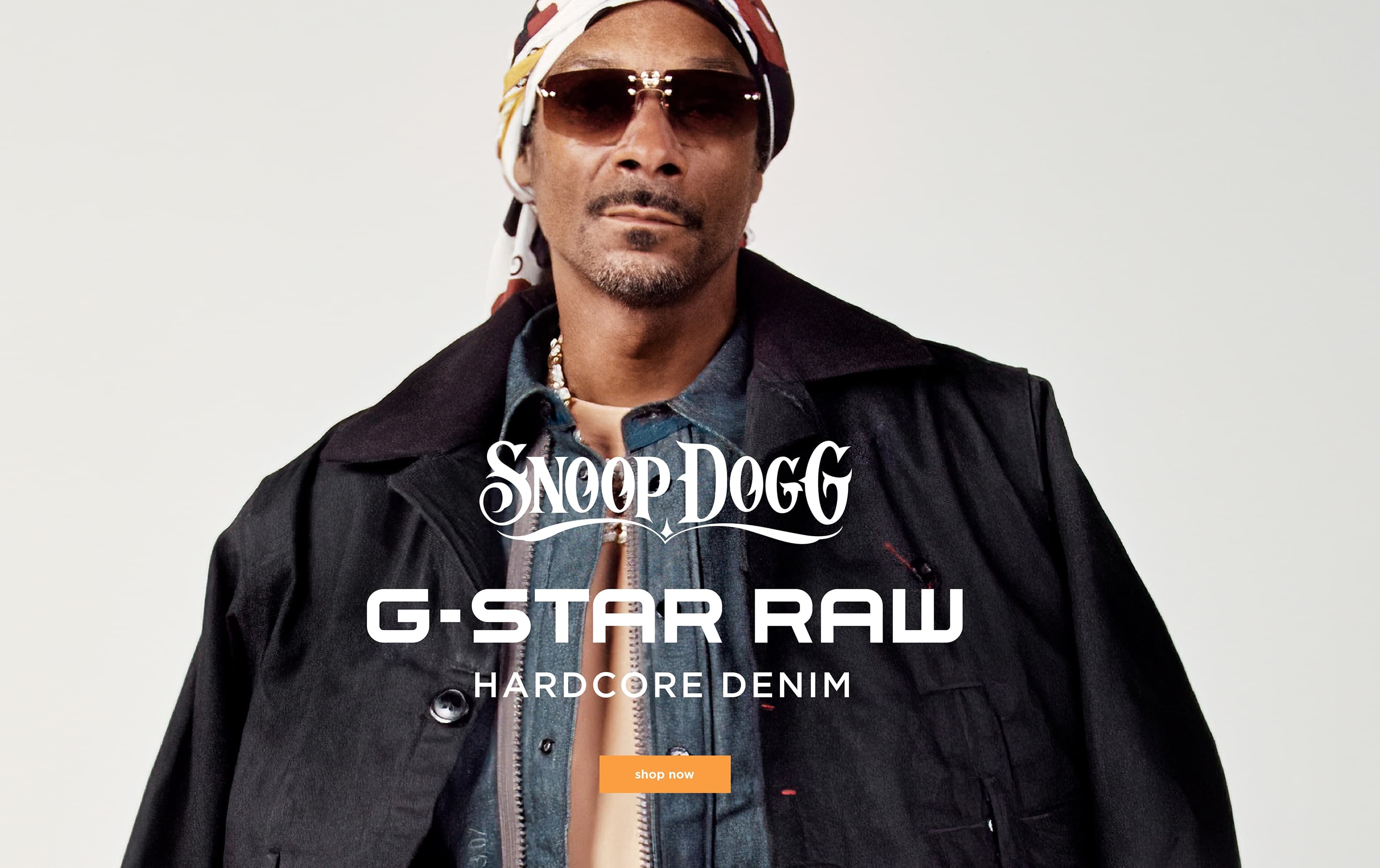 Johannesburg, South Africa – Dutch denim brand G-Star RAW announces today its latest worldwide ‘Hardcore Denim’ campaign with the doggfather of the hip-hop industry, the iconic Snoop Dogg. Helmed by a custom-made version of the soundtrack single ‘Say it Witcha Booty’, by the multi-platinum artist, Snoop Dogg is back like he never left.

G-Star RAW has a long tradition of working with “true originals” like Snoop, authentic and exceptional people who are
one-of-a-kind and true masters of their craft.

The collaboration is brought to life by a video that is creatively celebrating denim booties, featuring both men and women, beautiful islands, hot air balloons and yes … even dogs.

Gwenda Van Vliet, CMO, G-Star RAW stated, “Snoop Dogg is a true original: best in class, real and outspoken. He is continuously re-inventing himself and he merges worlds in unexpected ways. Our joint campaign is bringing that philosophy to life, and is a tongue-in-cheek tribute to all denim booties.”

“I’m teaming up with G-Star because we are both pushing the field, staying ahead, cutting the edge. We are both masters of our craft – leading the game. You know what I’m saying? We look ahead” added

The G-Star RAW ‘Say it Witcha Booty’ collaboration with Snoop Dogg premieres globally today so look out for it.

For more information about the collab and the ‘Say it Witcha Booty’ campaign, please check out and join the conversation on any of our social media platforms:

Since 1989, G-Star RAW has pushed the boundaries of denim design, manifesting its own vision of the future by introducing “luxury denim” for the streets through pioneering styles. Hardcore Denim is the philosophy that expresses the brand’s obsession with denim, the cloth, the craft and history. It pushes G-Star to invent, explore and take craftsmanship to another level – down to the smallest detail – and with a strong belief that there is no limit to what denim can do. With innovation, sustainability and creativity at its core, the brand pursues to define the next generation of denim with respect for people and the planet.