Fans think Gucci Mane has been replaced by a clone 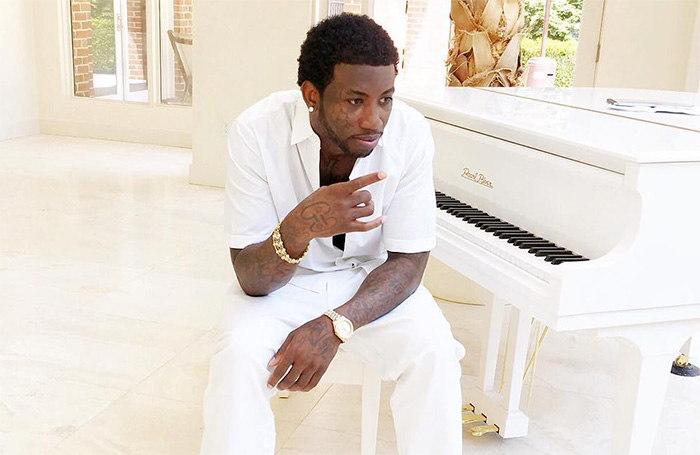 Gucci Mane was released from jail a few weeks ago, after serving two years. But the king of trap music has changed a lot behind bars, and fans got suspicious !

When you’re in jail for so long, you have time to think about everything you did in your life. And Gucci Mane, who was arrested and charged for gun possession in 2014, seems to have learned much from his stay in prison. You have already noticed how much he has changed physically after a drastic weight loss, but you won’t believe it’s Gucci Mane when you hear him speak !

The rapper was put in a luxurious house arrest in which he’s having a great time with his girlfriend Keyshia Ka’oir. She doesn’t miss an opportunity to record her boyfriend on Snapchat and share moments of his new life with his fans.

When Gucci Mane speaks he usually looks very confident and almost scary. But on these Snapchat videos, he looks and sounds so sweet and funny you feel like he wouldn’t hurt a fly! The rapper is relaxed, showcasing his clothes and jewels in a “light but excessive style”.

The artist seems to have calmed down and he even said, “I’m not hood anymore, I’m sophisticated”. But that is frightening his fans who cannot recognize him! Some of them went as far as claiming the real Gucci Mane hasn’t been released from jail and was replaced by a clone instead ! Others blame his girlfriend and accuse her of having done something to him. A Facebook user said: “Yo what happen to Gucci? He all polite and shit, she one of them wives that put a pill in yo drink.”

Gucci Mane took time to answer those rumors in a video, saying: “I will neither support nor deny those accusations.”

As long as he keeps making good music, there’s no problem!