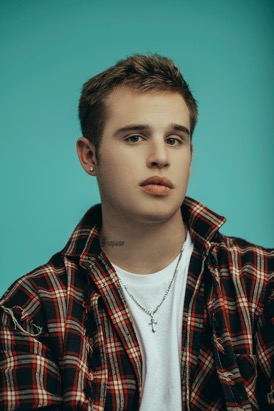 After a long visit to the United States of America, singer Dan Duminy returns to South Africa with a new single alongside a music video.

Once again, joined by his close industry mates and Durbanites, Dan hypes up his alliances in the game and gets real with his day ones on new record Alone featuring Blxckie and Crowned Yung.

Set to drop this coming Friday, 11 March 2022 – Alone shows off Dan’s ability to rap sing on this laid-back track that illustrates a hustle energy between him and his boys. Following their hit single With Us, Dan, Blxckie and Crowned Yung return to certify their signature trap vocals, swift rap flows against a super slick, classic new wave sound. Keeping it real on Alone, the trio drop verses laced with loyalty, clever metaphors and a ride or die energy accompanied by yet another classic chorus delivered by Blxckie.

“It’s so good to be back in South Africa, collaborating once again with my bros. I’m so excited to drop Alone as a new single as well as a motion picture which we shot in Durban with Clout Cassette!” said Dan Duminy on his excitement for Alone.

He went on to say “I’ve got a lot planned for the year ahead and I can’t wait for my fans to hear and see what we’ve been up to. Shout Out to everyone who made this song possible and shout out to Morale for directing our video. Look out for both the single and visuals this Friday!”.

Alone by Dan Duminy featuring Blxckie and Crowned Yung drops this Friday across all digital stores.

Be sure to look out for the music video on your screens.