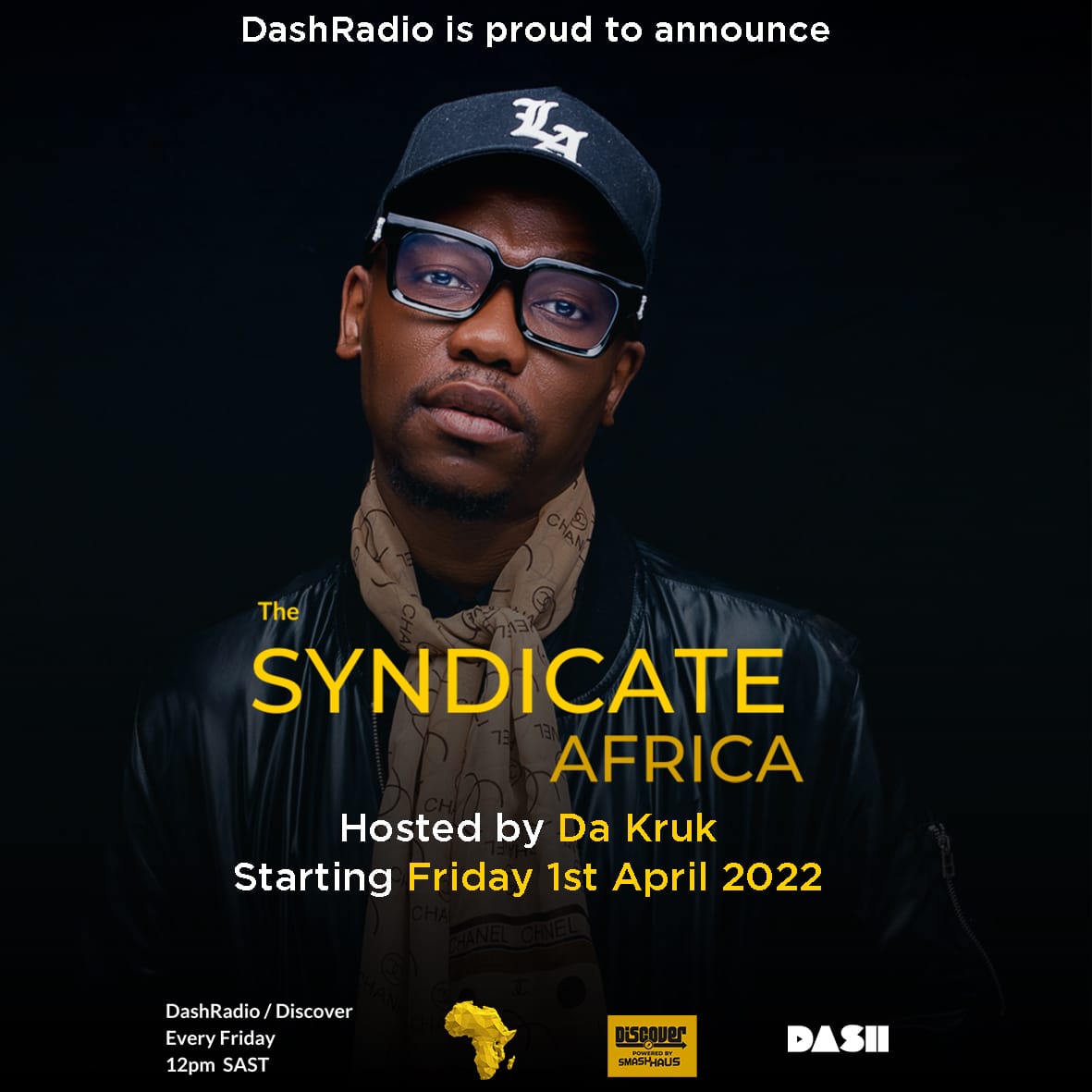 ‘The Syndicate Africa’ with the tagline “Spinning the Best New Music from Africa” will air every Friday at 12 PM SAST on Dash Radio / Discover, starting Friday 1 April 2022.

Da Kruk will now take African music to even bigger heights, as he has continuously been a key name in highlighting the awareness and put-on of the ever-expanding, and now international, South African Amapiano genre.

Dash Radio is a no-subscription, commercial-free premium radio station that can be accessed on its website.

“I am super excited to be broadcasting in Hollywood and creating an authentic gateway for young African artists to become the next global superstars on their own terms”, says Da Kruk.

Being one to constantly invest in and build his brand, Da Kruk strongly believes in continuously seeking new avenues and ways to expand and grow. He has managed to showcase the South African/African music and entertainment market on international platforms and will continue to press play on it.