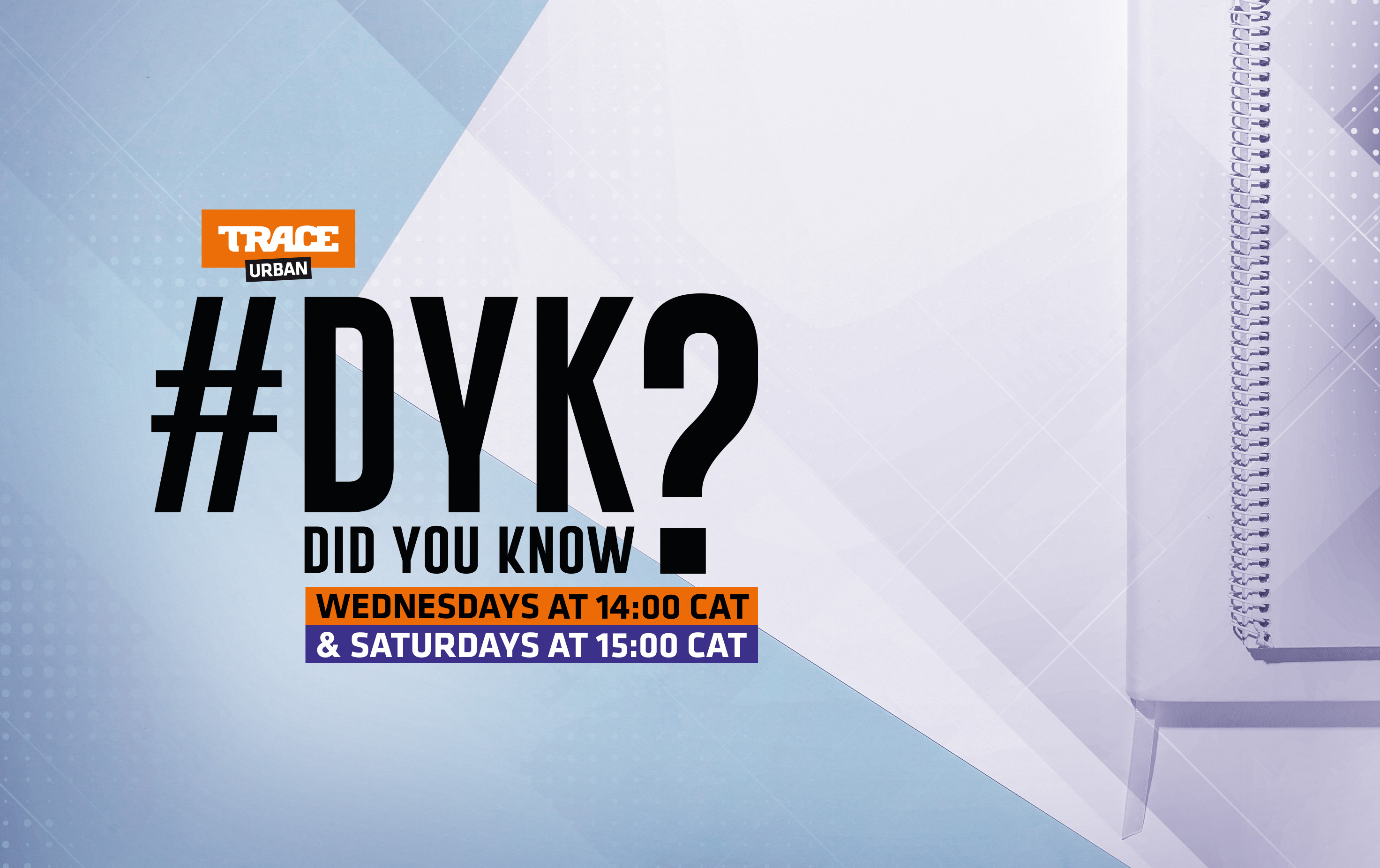 Bruno Mars signed to Motown Records as a teenager. Unfortunately, they dropped him only a few weeks later.

The first song Bruno Mars wrote, was titled I Love You, Mom when he was only five years old.

Before reaching mainstream success, Bruno Mars would write for other artists.

Bruno Mars tried DJ-ing for nightclubs to make enough money to stay in L.A. However, it did not go well because he had no DJ-ing experience.

The punctuation mark in Anderson .Paak’s name stands for “detail”.

Mlindo’s career was established by him posting videos of his talent on social media which went viral.

Mlindo was overwhelmed when he came down to Johannesburg for work because of its fast-paced lifestyle which is a complete change from his hometown.

Mlindo’s next goal is to establish an empire such as that of DJ Tira’s Afrotainment.

Mlindo’s song Amablesser was inspired by a true love story of his own. He wrote the song three years ago when a girl left him for a ‘blesser’.

The craziest place Kwesta has ever had to perform is a strip club.

In 2017 he was top of the list on MTV Base’s Top 10 Hottest South African Hip Hop Artists.

Kwesta’s wife and daughter share a birthday; October 13th which he got tattooed on his arm while in Nairobi for Africa Nouveau Festival.

Thabsie is a singer, songwriter, rapper, and businesswoman.

Thabsie is on Instagram and has already been verified with 837 thousand followers.

Thabsie worked as an investment banker in her earlier days.

In just 12 months of coming to the music industry, Thabsie has been nominated for 3 SA Music Awards.

Justin Bieber was able to play the drums at only two years old!

Justin Bieber’s mother, Pattie Mallette, was reluctant to let him sign to Scooter Braun simply because of his Jewish religion.

Justin Timberlake and Usher battled to sign Bieber after hearing his great vocals!

If Justin Bieber didn’t grow up to become one of the biggest stars in the world, he would have been an architect.

Justin Bieber’s dad used to be an MMA fighter, his dream was to manage other fighters and possibly get back into the ring.

ELHAE was born in Minot, North Dakota, but moved around a lot as a child because his father was in the military.

ELHAE’s real name is Jamaal Jones and he was born on the 24th of August 1990.

His moniker ELHAE is pronounced “ɛl a”, which is an acronym for ‘Every Life Has An Ending’.

In 2015, ELHAE was nominated for two rap albums at the Dove Awards, with Andy Mineo’s “Uncomfortable” and Tedashii’s “This Time Around” for Rap / Hip Hop Album of the Year.

Masego is of Jamaican descent. His father is Jamaican and Masego was born in the West Indies before moving to Virginia.

Known for his way around a saxophone, it was actually the drums that Masego was drawn to first.

Led by his mother, Masego says that he was brought to many of his favourite artists by way of the women in his life and praises his diverse relationships with women, who he believes foster his growth as a man.

Masego came across the stage name Masego after exploring his family’s diasporic roots in South Africa.

Masego was once bitten on his leg by a fan at a concert in Seoul, Korea.

The Weeknd is of Ethiopian descent. He was born in Toronto, Ontario to his parents Makkonen and Samra Tesfaye who were both Ethiopian immigrants.

The Weeknd recently confirmed that he spells his name without the “e” because of copyright issues.

The band originally had three members. Tyler Joseph was joined by Nick Thomas and Chris Salih when the band began in 2009.

Before the band landed on Twenty One Pilots, they went by Bicycle Thief and then Chill Coat.

Twenty-One Pilots were included in the 2018 edition of the Guinness Book Of World Records due to the huge success of the album ‘Blurryface’ (1,400,000,000 streams in total)

They are one of only three acts ever to have two singles simultaneously in the Billboard 100 Top 10.’Ride’ and ‘Heathens’ were both in the chart at the same time back in 2016.

The name “Twenty One Pilots” is inspired by the Arthur Miller play All My Sons, in which 21 pilots are killed.

Drake started as an actor in a Canadian teen drama called Degrassi: The Next Generation.

He played the role of a basketball star left disabled after a school shooting.

Drake was mercilessly bullied at school for being a mixed-race Jewish kid with acting and hip-hop aspirations.

At 19, Drake moved to LA to be a songwriter and wound up as one of many writers working for Dr Dre’s Aftermath Records.

Drake’s father, Dennis Graham was a drummer who worked with Jerry Lee Lewis while his uncle, Larry Graham, played bass for Prince.

Future’s former fiancee singer Ciara has a tattoo of the letter “N” on her ring finger for Nayvadius.

His stage name was born when members of the hip-hop musical collective, The Dungeon Family, called him “The Future.”

As a kid, he learned the lyrics to all of Too $hort’s songs.

Ed Sheeran attended Thomas Mills High School in Framlingham and one of his former teachers, Mr Wheeler, thought he looked like him.

Swedish House Mafia placed at number ten on the DJ Magazine Top 100 DJ Poll 2011 and has been regarded as “the faces of mainstream progressive house music.”

The first production Swedish House Mafia released was “Get Dumb”. It was produced with Laidback Luke and released in 2007.

Swedish House Mafia collaborated with John Martin on two Grammy-nominated hits. John Martin is best known as the voice on the trio’s hit ‘Don’t You Worry Child,’ which earned a Grammy nomination for Best Dance Recording.

Mooski is best known for his song “Track Star”, which is going viral on TikTok with a whopping 555.7 million views and growing.

Mooski’s first song also features other rappers such as UnderGod Gwalla and StunnaC4. It helped recognize him as a rising rapper.

Summer Walker enjoys cleaning because it helps calm her nerves. Before her singing career took off she owned a small cleaning company in Atlanta.

Summer Walker was a stripper in Atlanta for several years because she needed a way to pay her bills.

Dean Lewis is from Sydney, Australia.

After watching a live concert DVD of Oasis in 2005, Dean Lewis became in awe of the music duo. He thanks Oasis for inspiring him to pursue a career in music.

Dean Lewis started off working behind the scenes. He worked as a sound engineer, setting up shows for other artists.

Dean Lewis taught himself how to play the guitar. This was how he was able to learn his own compositions and write his own songs.

In 2018 Jorja Smith released her debut album ‘Lost and Found’ to critical acclaim. It peaked at number three on the UK Album Chart.

Jorja Smith was named Best British Female Artist at the Brit Awards in 2019, she was also nominated for the Grammy Award for the Best new artist but lost to Dua Lipa.

Jorja Smith dropped an Amapiano inspired single ‘All of this. She beautifully blends her soulful vocals with the famous piano percussive sound while keeping to that funky UK flavour.

Jorja Smith said that her hit song ‘Addicted’ is about “focusing on wanting the full attention of someone who’s not giving enough (or any) when they should be.

Christopher Comstock’s career actually didn’t start with Marshmello, but under his other alias, Dotcom.

Marshmello decided to move to Los Angeles, where he pursued his music career.

In 2017, it was announced that Marshmello had become one of the highest-paid DJs in the world.’

Marshmello donated half a million dollars to the KIND Foundation (Kids In Need Defense).

Nick, Kevin, and Joe donate 10% of their earnings to charity. They have a foundation called the Change for Children Foundation which aims to support the American Diabetes Foundation.

Nick Jonas, the youngest of the three brothers has performed in several Broadway plays.

Nick created his own band called Nick Jonas and the Administration.

The brothers are the youngest band yet to be on the cover of Rolling Stone Magazine.