Chris Brown confesses his love for Jennifer Lopez during an interview 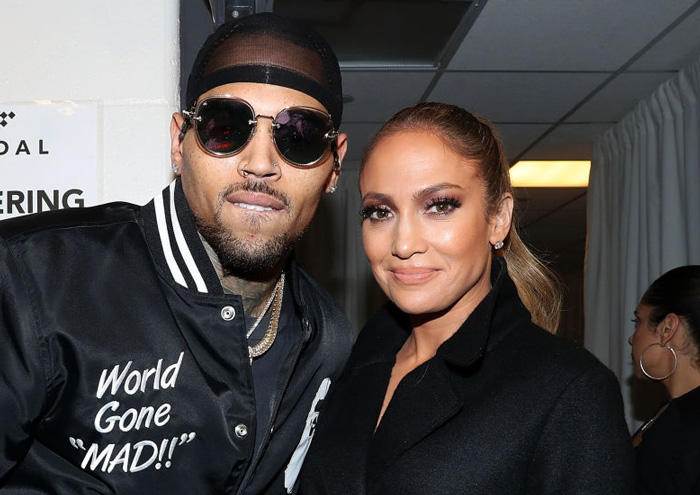 Chris Brown has just confessed that he has got a thing for Alex Rodriguez’s woman, Jennifer Lopez. This happened during an interview after he revealed that she is starring in one of his videos.

See what happened was.. she was the topic of discussion when Chris appeared on radio Power 105.1 to talk about himself and his new work. Among other issues, he also brought up his affection for Jen after she starred in one of his videos. Chris confessed how nervous he was when he first met the legendary songstress, but that he is super into her.

‘J.Lo bad man,’ Chris told the host after they said they didn’t even know Chris knew J.Lo or that she was going to be in one of this music videos.‘I’m just letting you know,’ he said, explicitly addressing Jennifer, who wasn’t there.

‘Hey look, I might have stiffened up a little bit back when I was at the little show. There was a lot of people there, and I was nervous. My palms were sweaty. I said hi. But I like you, and I want you.’

Check out the interview below:

When the host of the show pointed out sarcastically that she was sure A-Rod really appreciates that, Chris said, ‘My bad,’ while he was smirking. The host then underlined the age difference between Chris and the singer, but Breezy doesn’t care. ‘She can get it anytime,’ he said, immediately. ‘Seventy years old. I don’t even care. All the way.’

Well, now this is what we call a celebrity crush! Chris has recently been trying to make things right with Rihanna after their rough relationship.