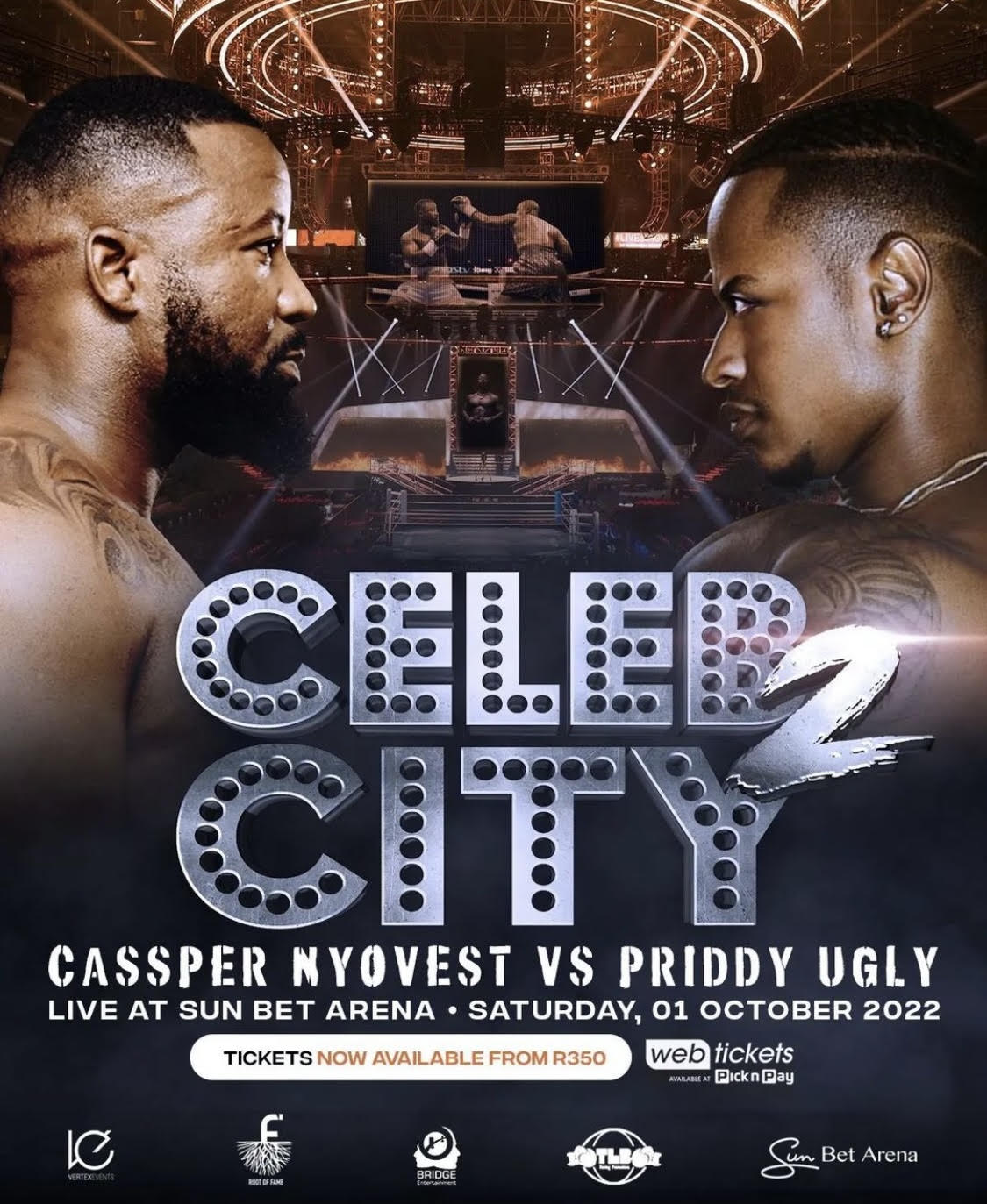 Award winning Rapper/Producer and businessman Cassper Nyovest and multi-talented Rapper Priddy Ugly are ready to fight it out at the Sun Bet Arena on the 1st of October 2022. Hot off the heels of Naak Musiq vs Cassper Nyovest’ standoff in Sun City, Celeb City is thrilled to bring back this esteemed sporting and entertainment event. The Celeb City Boxing Exhibition fight is not only a one-night fight but an exhilarating weekend experience with incredible events and musical performances from the 30th of September to the 2nd of October.

Once again, the match will see numerous professional boxers take on each other for various tiles. Celeb City is thrilled to partner with Boxing South Africa in staging this auspicious event.

Cassper Nyovest, whose real name is Refiloe Phoolo, is known for his countless hits, from Gusheshe, Doc Shebeleza and Tito Mboweni among many others has been training relentlessly for the big day at Sun Bet Arena. The 31-year old is excited to be taking on Priddy Ugly, “I am excited about this fight, Priddy Ugly is a strong contender, I know he has been putting in a lot of hours into his training. I wish him all the best because he is about to get knocked out.” commented Cassper.

Ricardo Moloi, known as Priddy Ugly was born in Luanda, Angola and grew up in Kempton Park, Johannesburg. The talented rapper is widely known for his impeccable flow and punchy bars. His current album, MUD, is trending at #1 on Apple Music under Hip Hop/Rap. Apart from his music, he has been very active in athletics from a very young age. Much like Cassper Nyovest, Priddy Ugly has also been living at the gym ready to take the title. “Someone asked me what I’m going to do with a 30kg weight difference – my response was “I’ll curl it up”.” said Priddy Ugly.

Tickets are available on Webtickets, ranging from R350. Get yours today!!