You Can Be The Star of Our New Song! 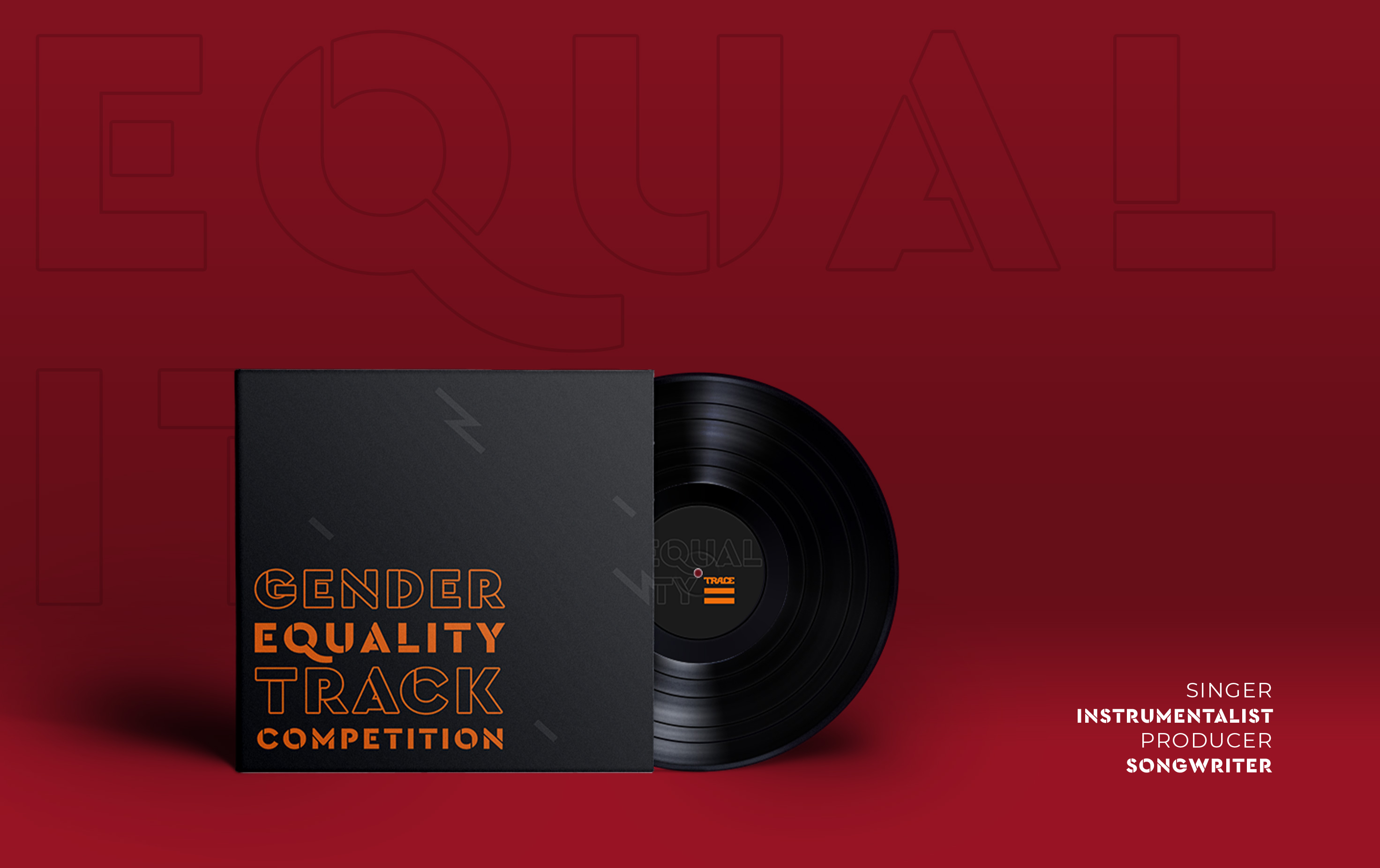 2.Terms: Instructions on how to enter the Competition, including all rules, mechanics, procedures, directions and prizes all form part of these Terms.  If you take part in this Competition, you expressly agree to be bound by these Terms and accept that the Promoters’ decision is final and that no correspondence will be entered into. Entry implies acceptance of these Terms.

3.Eligibility: The Competition is open for entry to all citizens and legal residents of South Africa (provided that the participant is also a resident in South Africa at the time of winning and receiving any prize herein), who at the time of entering the Competition are over the age of 18 (eighteen) years, and are in possession of a valid South African Identity Document (in the case of residents, a valid passport, and necessary residency permission).

4.Mechanic – how to enter the competition:

5.Winner Selection and Winner Verification: The closing date for entries is the 31st of January, 11:59 PM SAST. Entries will be vetted and adjudicated by the TRACE TV Southern African team. TRACE TV will select the Top 20, who will go on to be voted for by the general public. The general public will help TRACE TV select the winning 8, who will go on to create the Gender Equality song. TRACE TV holds and reserves the right to announce the Top 20 and winning 8 when they choose. Dates, new information about the competition, any postponements, and announcement of the winners will be done through the TRACE TV social media channels. All winners will be contacted by TRACE TV representatives before any formal announcements are made through social media. Please refer to General rules at the end of the Terms and Conditions. TRACE TV reserves the right to increase or withdraw or shorten the duration of the “Gender Equality Competition” in its sole and absolute discretion and will notify entrants if it chooses to do so. Entrants will not have a claim against TRACE TV in this event. TRACE TV may amend, modify or otherwise change these terms and conditions in its sole and absolute discretion on notice and the amended version will be displayed in the same media as these terms and conditions. The finalists will be selected through general public voting & overseen by an independent person in terms of the Consumer Protection Act, Act 68 of 2008 (“The Consumer Protection Act”). Possible “competition” winners will be contacted by the Promoters [via Telephonic calls, or emails, or social media direct messages “DM”] and will be required to participate in an audit verification process (which includes but is not limited to providing their proof of engagement with the Competition in accordance with the entry mechanics), together with a copy of their Identity Document and Proof of Residence. Once the audit verification has been completed, the possible winners will be declared as winners and will be contacted by the Promoters to facilitate and communicate the next steps. If the Promoters are unable to get hold of the winner(s) to complete the audit verification, they will keep trying for 48 (forty-eight) hours before the potential winner(s) will be deemed to have forfeited the prize and a replacement/substitute winner(s) is drawn in the same manner as the first. In addition to what is stated above, if a finalist is ineligible to accept a prize in terms of the Competition Rules or is unable or fails to accept a prize for any reason whatsoever, a replacement finalist will be selected from the names drawn from the remaining qualifying participants in accordance with the same process as applicable to the original draw. The Promoters reserve the right to select an alternative finalist if they reasonably believe, in their sole discretion, that the drawn finalist has contravened any of these Terms and Conditions.  The Promoters’ decision shall be final, and no correspondence will be entered into.

6.Prizes: TRACE TV will work with the winners of the competition to create a Gender Equality song, to be performed on all/one of the TRACE TV social media channels. TRACE TV holds the right to formally record or not record the song. If the song will be formally recorded, TRACE TV will communicate the plans with the winners and will make the necessary arrangements. When entrants accept to be a winner and have gone through the vetting processes, they are agreeing to be part of creating the song, on TRACE’ terms. Should the winner/s provide permission (through the vetting process), their name may appear on – www.trace.tv – TRACE TV’s Facebook, Twitter, Instagram, or YouTube accounts. Participants may only enter a single (1) time in order to qualify as a potential winner. The prizes do not cover any other costs of the winner, not mentioned in these Terms and Conditions and the Promoters will not be liable or responsible to the winner for any such costs. The prizes will not be transferable or negotiable. The Promoters reserve the right to substitute any of the prizes at any time for an alternative prize of equal or greater value should the prize promoted not be available due to unforeseen circumstances.

7.Invalid Entries: Entries that  are incomplete, unclear, submitted via an incorrect entry mechanism, submitted after the Closing Date or contain errors or false information, or are from Disqualified Persons, will be declared invalid. The Promoters may refuse to award the prize if the Terms have not been adhered to or if the Promoters detect any irregularities or fraudulent practices.

8.Defects: The Promoters are not liable for any defect(s) in the prizes.

10.Image Rights: The Promoters may request the winner to be identified and photographed and to have the photographs published in various media (for which no fee will be payable), including but not limited to print and web-based media, or to appear on radio and television, when accepting their prizes and/or after having received their prizes. The winners will be given the opportunity to decline the publication of their images or participation in the Promoters’ marketing material so far as it relates to the Competition. Such publication will be without any liability to the Promoters and without remuneration due to the winner. By participating in this Competition, all participants are deemed to have read and understood the Terms and Conditions of the social media sites of Facebook, Instagram, Twitter, Promoters website, and of the participants’ mobile network service provider and participants further allow the Promoters permission to publish his/her name and photograph on the Promoters’ Social Media pages. Copyright, intellectual property rights, image rights and any other rights vesting in any competition footage, posts and photographs (whether depicting the winner and partner or not) shall remain the property of the Promoters, who reserves the right to use it in any way.

11.Transgressions: Any attempt to damage or interfere with the social media pages and website used in connection with the Competition or the information on it, or to otherwise undermine the legitimate operation of the Competition may be a violation of criminal and civil laws and should such an attempt be made, whether successful or not, the Promoter reserves the right to seek damages to the fullest extent permitted by law. The Promoters reserve the right (subject to applicable law) to disqualify and/or ban any individual who tampers with or attempts to subvert or interfere with the Competition website or entry process or prize retrieval process. Any participant who transgresses any of these Terms and Conditions or who acts in any way contrary to the spirit of this Competition may be banned from entry into this, or into any other Promoter or TRACE TV or TRACE Group and its subsidiaries. Promotional Competitions, for a period deemed appropriate by Promoter management.

12.Cancellation and Amendment: Promoters reserve the right to cancel or amend or alter the Competition and its Terms or prizes (not already awarded, to any other prize of comparable commercial value) at their own discretion at any time, if deemed necessary in their opinion and/or if circumstances arise outside of their control, without prior notice and no participant shall have recourse for such cancellation or alteration. Any changes will be posted either within the Competition information or these Terms shall become effective immediately after being altered or on such date as may be determined by the Promoters. No participant shall have any recourse against the Promoters as a result of the cancellation of the Competition or as a result of the alterations of the Terms or prizes. All participants waive any rights that they may have/purport to have in terms of this Competition and acknowledge that they will have no recourse against the Promoters whatsoever.

13.Alteration of time period of the Competition: The Organisers reserve the right to extend, shorten or suspend the time period of the Competition whenever it should so choose for technical, commercial, or operational reasons, or for the greater public good, or due to a “force majeure” (a cause which could not be anticipated and/or are beyond the Promoters’ control) or generally for any reason whatsoever within its sole discretion, on condition that it notifies the participants in a manner that is expedient according to its best ability.

14.Technical failures and Unauthorized intervention: If for any reason the Competition is not capable of running as planned as a result of any technical failures, unauthorized intervention, computer virus, mobile network failure, social media site downtime, tampering, fraud or any other causes beyond the Promoters’ control which corrupt or affect the administration, security, fairness, integrity or proper conduct of the Competition, the Promoters reserve the right to cancel, terminate, modify or suspend the Competition and/or to disqualify and/or ban any individual who (whether directly or indirectly) causes (or has caused or has attempted to cause) the problem. If an act, omission, event or circumstance occurs which is beyond the reasonable control of the Promoters and which prevents the Promoters from complying with these Terms the Promoters will not be liable for any failure to perform or delay in performing its obligation.

15.Non-Waiver of Terms: A failure by the Promoters to enforce any one of the Terms in any instance(s) will not give rise to any claim or right of action by any participant or prize winner, nor shall it be deemed to be a waiver of any of the Promoters’ rights in relation to the same.

16.Legal Compliance: All participants are advised that in compliance with the laws of the countries in which the Promoters operate, the Promoters are required to retain certain information (where applicable) of participants and winners for a period of 3 (three) years (“Personal Information”). Such Personal Information to be retained by the Promoters includes (but is not limited to) the full names, identity numbers, contact details and winners’ acknowledgement of prize receipts. Accordingly, the Promoters will require the winners to complete and submit an information disclosure agreement and indemnification to enable the Promoters to ensure compliance with these Rules, as well as with the Consumer Protection Act. Should any participant and/or winner refuse or be unable to comply with these Rules for any reason, such participant and/or winner will be deemed to have rejected the prizes and it shall revert back to the Promoters.

17.Severability: If any provision of these Terms is found to be invalid or unenforceable by any court of competent jurisdiction, then that provision shall be severed from these Terms and shall not affect the validity or enforceability of any remaining provisions.

18.Law and jurisdiction: These Terms shall be governed by the laws of South Africa. The participant consents to the non-exclusive jurisdiction of the applicable Magistrates’ Court in respect of all matters arising out of or in connection with the Competition. This consent does not limit the Promoters’ rights to approach the High Court of South Africa (Gauteng Local Division, Johannesburg).