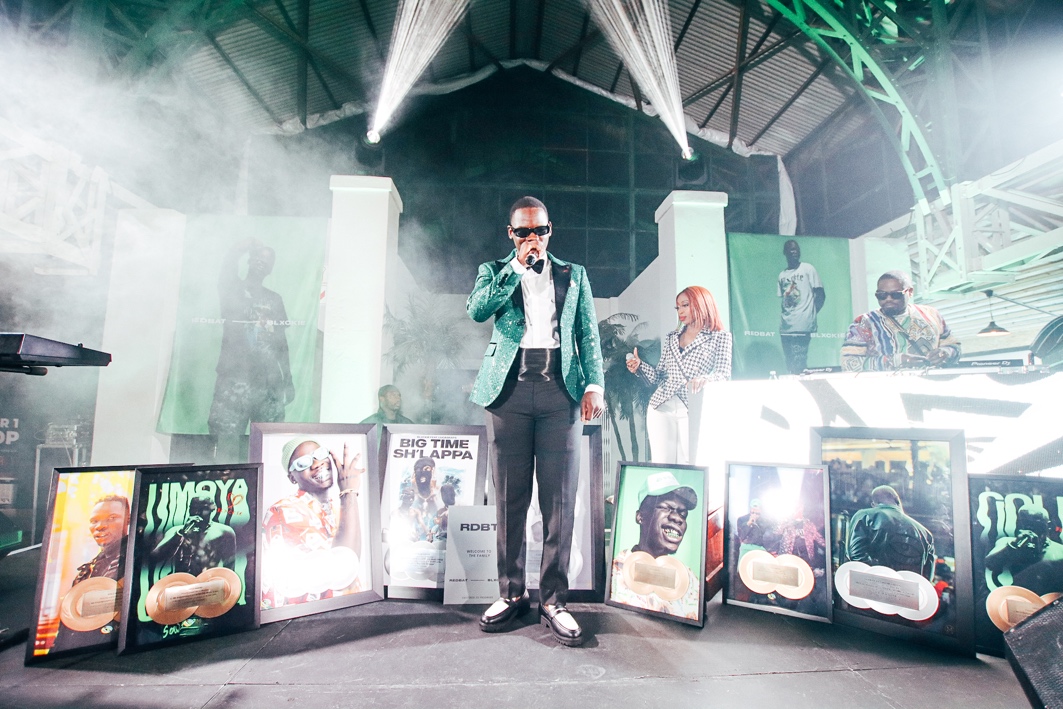 Having dropped one of South Africa’s biggest hip-hop albums for his debut into the game in 2021, Blxckie celebrated the success of B4Now and his extended project B4Now Deluxe in true next-level style in Johannesburg this past Friday.

Reflecting on the impact his music has made in the industry with media personality Ms Cosmo and industry peer Siya Metane, M4Entertainment and Africori awarded Blxckie with 10 plaques for achieving Gold, Platinum and Double Platinum on hit songs from the album B4Now/B4Now Deluxe, his EP 4Luv and bonus songs released in the period of a year – setting a record for groundbreaking releases from a newcomer.

Dressed in a custom green tuxedo from Suitability, Blxckie was joined by friends, family and media to commemorate 1year since the release of his record-breaking debut album B4Now/B4Now Deluxe.  The album has achieved Gold and produced hit songs such as Sika, Yex4 ft Nasty C, David, Hold, Time Sh’lappa ft Lucasraps, and Joy ft. Oxlade; alongside Umoya, Cold – from his RnB ep 4Luv which dropped in February 2022; and additional hit single Kwenzekile ft Madumane and Chang Cello. Collectively, Blxckie has achieved an astounding 30million+ streams for his music across digital music stores.

The breakout musician also announced a new partnership with fashion brand Redbat. This collection with the trendy fashion brand sees Blxckie as the first South African artist to launch under the Redbat music culture Tee’s – a collectable fashion capsule from the rapper. Marking the start of an ongoing relationship as the brand collaboration is looking to more fashion-inspired capsules with Blxckie, the first collection will be released at selected Sportscene stores alongside his highly anticipated new single Khuphuka – both dropping on Friday, 27 May 2022.

Sharing his thoughts on the celebration of his debut album, achievements and upcoming releases, Blxckie had this to say “It’s been an incredible year for me and my team. It’s still surreal what we have accomplished over these months and the response to my music is a dream come true. It all wouldn’t be possible without the love I see daily from fans and the industry. Thank you for rising with Somnyana – this is only the beginning, and I will continue to make you proud.”

Displaying his gift of incredible work ethic, Blxckie also shot the visuals for the now popular birthday song Sika – which is sure to be a celebration of his success and growing recognition – that is fast gaining international attention.

Be sure to stream and listen to Blxckie’s new single Khuphuka which also drops on Friday.