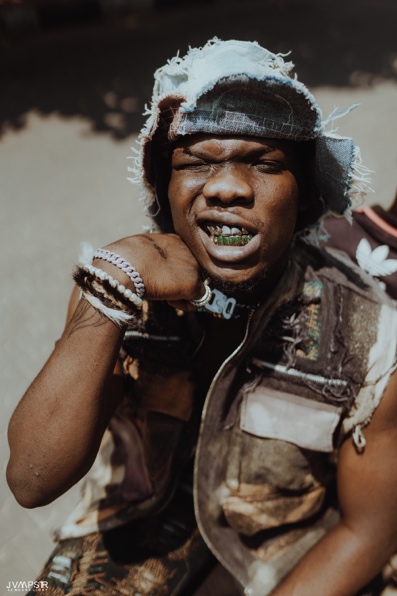 Having dropped one of South Africa’s biggest hip hop albums for his debut into the game, Blxckie is gearing up to celebrate the success of B4Now and his extended project B4Now Deluxe with a countrywide tour kicking off this November.

Having recently toured parts of Africa with visits to Lagos, Nairobi, and Dar Es Salaam to expand his presence on the continent, Blxckie took to social media to announce his upcoming tour to eager fans who have been patiently requesting Somnyama to visit their hometown.

The countrywide circuit is aptly titled B4Now Tour and will see Blxckie visit Durban, Johannesburg, Cape Town, Bloemfontein, East London, Rustenburg, Gqeberha, Mpumalanga as well as Gaborone in Botswana with more dates and venues set to be announced in the coming weeks.

Having received a roaring response to his debut album globally which has led to 2 nominations at the All Africa Music Awards (AFRIMA); and 5 nominations at the South African Hip Hop Awards (SAHHA); Blxckie is excited to host a star-studded line-up and local artist in each city during the B4Now tour. Fans can book their tickets to witness the hottest, and the greatest Somnyana live on stage here.

Sharing his thoughts on the upcoming shows, Blxckie had this to say “I’m so excited to take my music to stages and bring a live element to my debut album B4Now and my extended project B4Now Deluxe. I have so much in store for my fans, starting off in my hometown Durban and can’t wait to see the rest of South Africa through my first tour.”

Gifted with an incredible work ethic, Blxckie has also dropped the visuals for the rap poetic hit song David on YouTube.  The short film shares Blxckie’s story on his come up in the game and some of the hurdles he had to overcome on his way to future greatness.

B4Now Tour kicks off on 26 November in Durban at Werehouse, tickets are available for purchase at R100 each from Webtickets, be sure to get yours today.

Register to vote for Blxckie at the AFRIMA’s for Best African Artiste, Duo or Group in African Hip Hop; and Most Promising Artiste in Africa here.