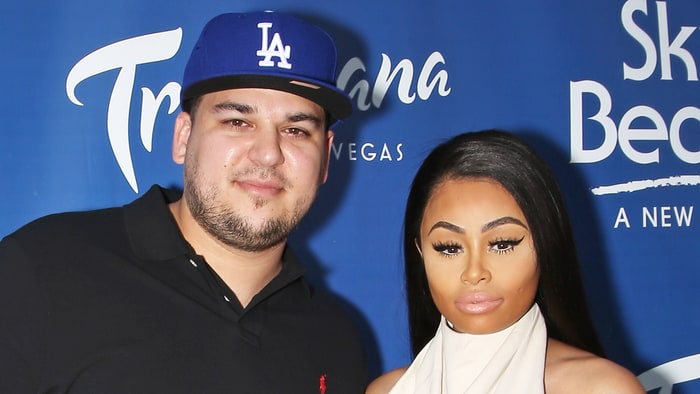 Last week, the family that brought us Lord Disick, Caitlyn Jenner, and the most popular sex tape ever managed to shock us once more when its most emotionally stunted member, Rob Kardashian, posted nude photos of his ex Blac Chyna online in a jealous rage.

Rob, for those not keeping track, is the only son of Kris Jenner and the late O.J. Simpson attorney Robert Kardashian, brother to Kourtney, Kim, and Khloe, and half-brother to Kendall and Kylie. With the exception of a stint on Dancing with the Stars and hawking racially problematic socks, he hasn’t done all that much, and has a disturbing track record of lashing out at his ex’s.

In an interview set to air Monday with Good Morning America, Page Six reports that Chyna, who has a baby daughter with Kardashian, offered her reaction to her former fiancé’s online meltdown for the first time.

“I was devastated, of course. I’m like, how could somebody, like, post these pictures of me?” she said. “And I’m like ‘Wow, okay.’ This is a person that I trusted. I confided. I felt comfortable, you know, with even sending these pictures and even talking to him about certain things, you know… I just felt … betrayed.”

The situation with Rob and Chyna is rather complex. Their engagement in April of last year shocked fans of the Kardashians, given that the two had been dating for just a few months, and that Chyna has a child with (Rob’s half-sister) Kylie Jenner’s on-off boyfriend Tyga. Many speculated that Chyna had gotten together with Rob to get back at Kylie, seeing as Chyna had made her displeasure with their coupling known on numerous occasions. Rob and Chyna’s tumultuous relationship played out in front of the cameras on their E! reality show Rob & Chyna, which depicted Rob as a jealous, overbearing partner. Guess we’ll just have to see what goes on next !