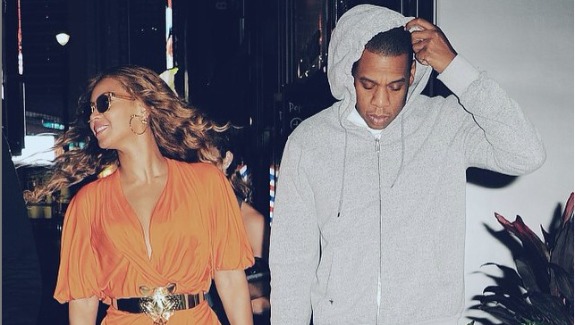 Are Beyoncé and Jay Z about to follow Kim Kardashian and Kanye West‘s footsteps and give a little brother or sister to Blue Ivy soon? While rumors have been circulating for a while that Beyoncé was pregnant of her second child, it seems that this time, they happen to be true. Yet, what is more interesting is that Queen Bee plans on using a surrogate and be very upfront about the process.

Here is what a source close to the couple revealed to InTouch Weekly: “They were trying for several months, but Beyoncé was having trouble. She was scared about another high-risk pregnancy, so surrogacy became the best decision for them. They didn’t want to take any more risks, so after all the ironclad legal documents were drawn up, it took them about two months to find the perfect woman to carry their child. The surrogate is still in the early stages of the pregnancy, so they have yet to announce it to the public.”

Usually, the Carters are very careful when it comes to their intimacy therefore it is strange to see “a source” talk about their business so openly. Plus a lot of rumors have been spread these past months between their divorce, break-up, cheating rumors and more. Nonetheless the couple appear stronger than ever and always smiling during public events. We are waiting to see if Beyoncé will make an announcement about it.

Do you think it could be true?