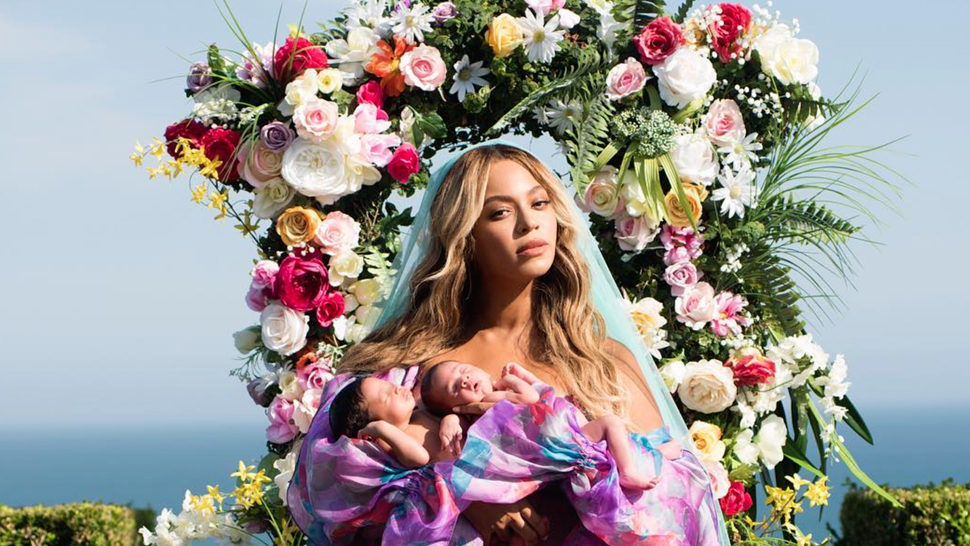 Once again, it’s on Instagram that Beyoncé surprised her fans by publishing the very first picture of her twins Sir Carter and Rumi Carter.

We’ve been waiting for it since we learned the babies were born and now it’s here ! Beyoncé and Jay-Z‘s twins first picture has just surfaced on their mother’s Instagram account !

Just like the picture that was posted to announce her pregnancy back in February, the diva has chosen to pose surrounded by flowers. Standing up, her eyes looking straight to the camera, Bey is holding her two babies in her arms. According to Super Selected, the star is wearing a gender-fluid piece by Spanish couture brand Palomo Spain. The pink and blue long blouse is combined with a blue veil and satin blue panties. Those colors leave no doubt on the genders of the children : a boy and a girl ?