Watch the Weeknd eyeball Bella Hadid at the VS Fashion Show 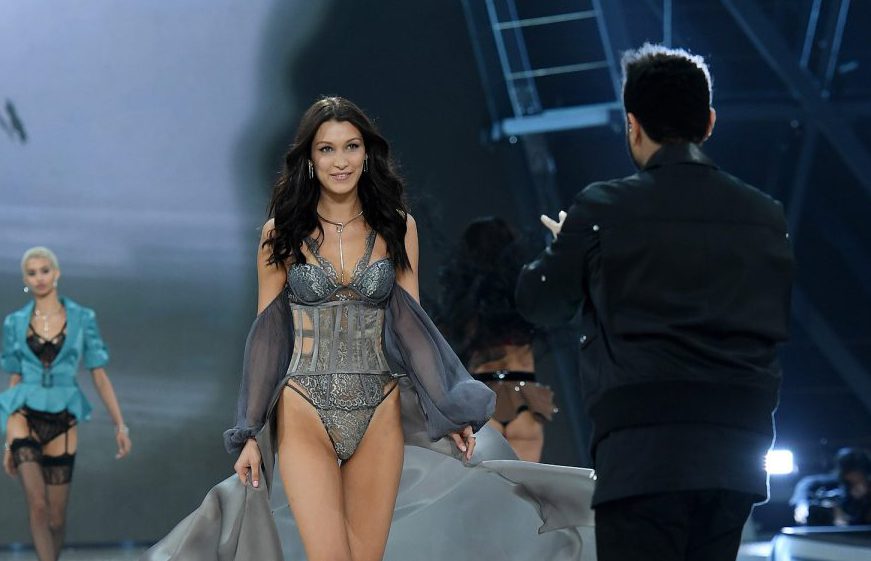 Having to work with your ex is usually a pretty uncomfortable experience, but model Bella Hadid and singer The Weeknd seemed to have handled it just fine during the Victoria’s Secret Fashion Show on Wednesday November 30th being held in Paris.

‘No awkwardness, he’s my best friend’

As seen on the video above, the singer could hardly take his eyes off his baby Bels as she strolled past him giving him an alleged smirk. After a year of dating, the couple reportedly called it quits but Bella was confident that the night would go well.“This is his second year performing, and I think he’s going to kill it. There is no awkwardness. He is my best friend, and I am excited because I am walking during his performance,” Bella told E! News.

Wearing a metallic grey corset and cape, and not much else. She sported many different looks, including this glitzy angel outfit complete with feathers. In true VS style, Bella’s looks packed all the glamour associated with the famed show. Some fans even took to social media to say Bella and The Weeknd’s vibes at the Fashion Show are proof they’re still in love. While sources say things are tense between the two, they claim the breakup was amicable as they remain ‘best friends’ , reports Us Weekly.

Nothing like the Victoria’s Secret Fashion Show to bring together former lovers.