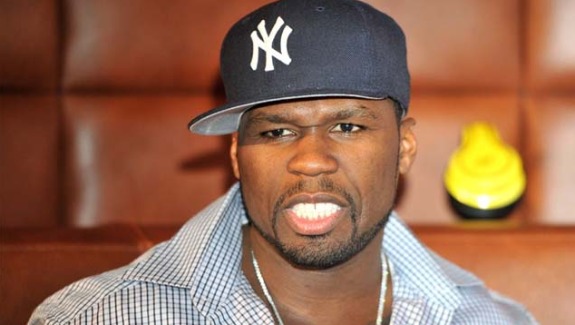 Diddy‘s signee shouldn’t have taken part in the ongoing feud between his label boss and rival hip hop tycoon 50 Cent. Indeed, over the last few days Fifty and Diddy have been relentlessly poking fun and throwing jabs at each other on social media about whose Vodka brand is better than the other one. Yeah, all this is happening because of beverages. Diddy who is one of the leader of the market with his Cîroc brand is now being emulated by 50 cent and his Effen Vodka. Even though he is the one who used meme on his instagram account calling French Montana “Diddy’s bitch”, 50 cent now warns French Montana to stay out of his feud with Diddy and mind his own business.

Here is what he has to say: “Frenchie better stay with my name out of his mouth. I’ll get tired of hearing him, and I’ll make it so his mouth can’t work,” 50 can be heard saying in a video before laughing. “Dead ass serious. When I’m talking to Puffy, I ain’t talking to you n*gga. Your name is Puffy? When did he change his name to Puffy?”

You might wonder why is Fifty being so salty about something that appeared first as a friendly rivalry. Well, it seems that he’s responding to a disparaging comment made by French montanta, in the studios of power 105’s breakfast club where he implied that Diddy was a pioneer who paved the way for hip hop artist in the liquor industry and that Fifty was just channeling him.

Here are French’s actual words “Did you ever see somebody in the club with an Effen vodka bottle?” asked French. “I feel like 50 is a marketing genius. He took it away from making music to selling vodka. He’s doing the same technique [as Puffy]. We’re just having fun with it.”

Peep the video below: