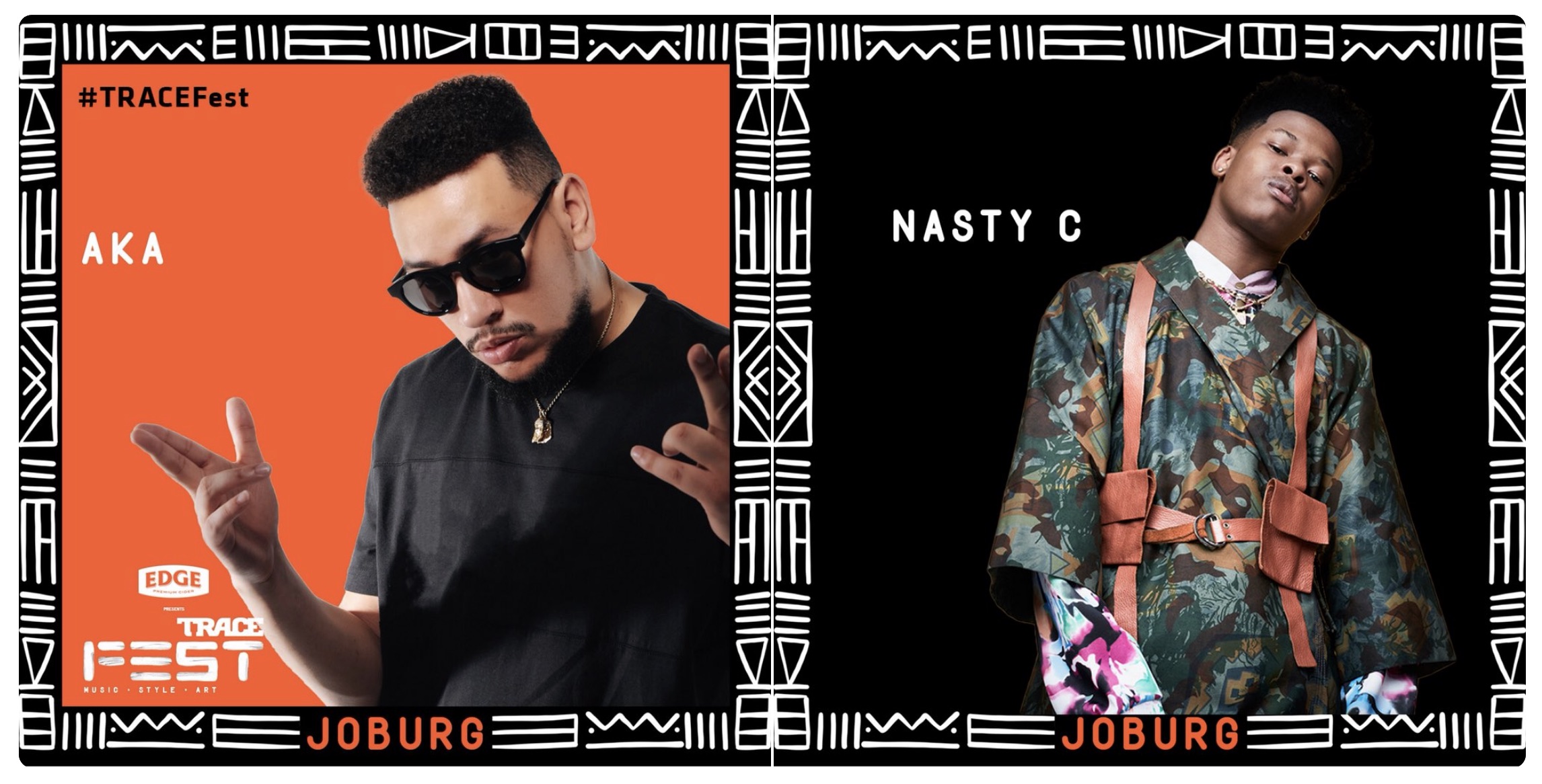 The party will bring together all the elements that make street culture on our continent so lit – live music, art, fashion, lifestyle and street food.  You can also expect to see dancers and izikhothane  led by Material Don Dada to light up the stage along with exciting digital interpretations of  the streets of Africa.

EDGE has come on board as the official #TRACEFest sponsor and looks forward to sharing the EDGE experience at a curated EDGE garden. Says EDGE Global Brand Development Manager ; Vithesh Ramklown: ‘’We are excited to be part of this vibrant celebration that showcases who we are and look forward to ensuring everyone at our garden has the most exciting time in sharing the Satisfaction of Beer and the Refreshment of Cider…which is EDGE!’’

#TRACEFest also boasts an impressive lineup with a little bit of everything from hip hop by AKA, Nasty C and Rouge to house by Mobi Dixon and Malumz on Decks to alternative music by Mx Blouse and Darkie Fiction. We haven’t left out acts that are ‘Bout to Blow such as Manu Worldstar and DJ Banze and our decks will speak to all lovers of the culture with DJ Sliqe and Muptee.

The block party is an extension of what TRACE stands for, says TRACE Southern Africa’s Senior Vice-President, Leo Manne: ‘’ TRACE is a brand that, over the last 15 years, has been consistent in giving expression to global Afro urban popular culture – #TRACEFest gives us that opportunity.’’

Doors open at 3PM and the celebration of urban African street culture will continue until late with  live acts and Djs. Tickets are on sale at R150 and available at Computicket and at the door.

Stay close to our social media pages for more information on weekly Twitterviews with the artists.