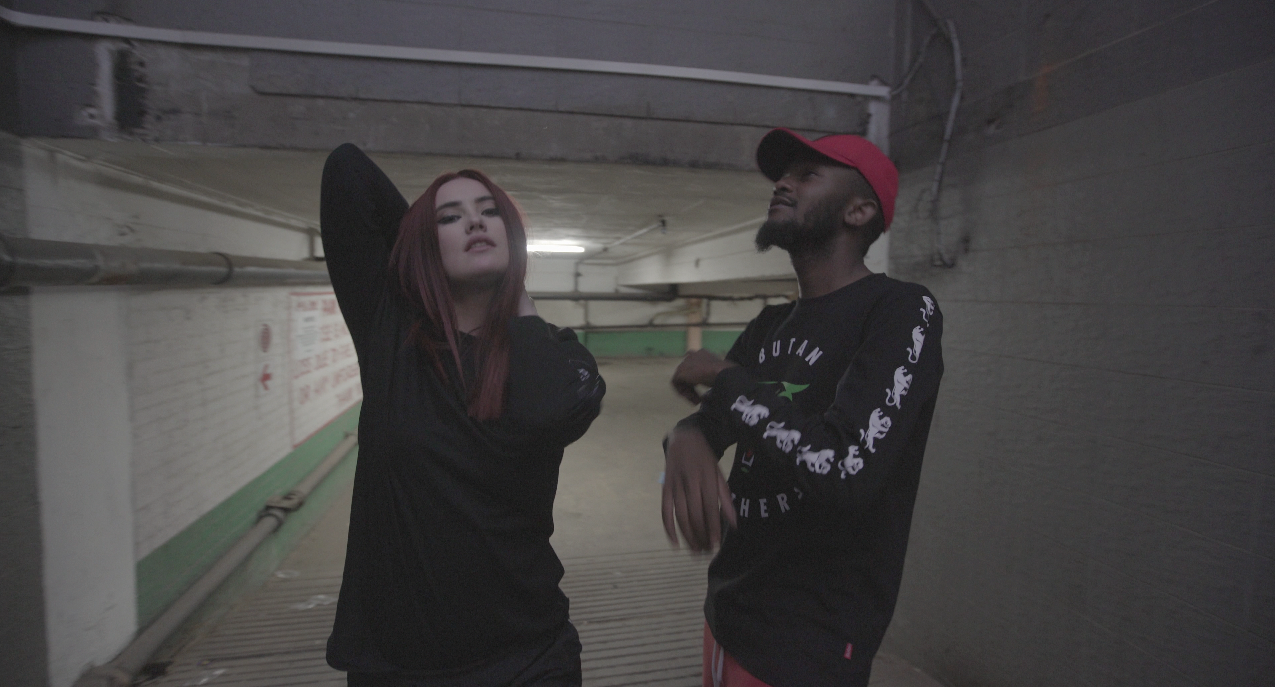 #DiamondsAndGold – ChianoSky’s brand new single featuring award-winning rapper, Kwesta. The song, a TRACE Urban and Africa exclusive,  is a upbeat  with a beautiful juxtapose of both ChianoSky and Kwesta’s voice.  This is ChianoSky first single following her EP, Hurricane, that dropped in April 2017.

TRACE: ChianoSky, how would you describe your new sound? What influenced the shift?

ChianoSky:Besides soul, I have always been an old school hip hop head at heart some of my favorites include ‘Little Brother, 9th Wonder Murs and Mos Def’ so this hasn’t been a shift for me rather than getting back to myself. I have always wanted to play with soulful samples and African Rhythms in creating a sophisticated urban sound of my own.

T:Tell us about the creative process behind Diamonds & Gold

C:I have only ever wanted to jump on beats that move me so when St Danger (producers) played me this beauty, I knew I wanted it to be mine!

T: How did the collaborate with Kwesta come about?

C:I met Senzo (Kwesta) whilst working on my collaboration with Kid X, I played him the song and in no time were in studio laying it down. I really admire how much South Africans celebrate and relate to him and he truly only brings madness on anything he jumps on so excited when he said yes.

T:What has your journey over the past year been like?

C: Lots of self discovery I’d say, I feel closer to my artistry then I’v ever been. Working on a new album for the last 6 months I have been really transparent lyrically and just spoken my mind with no filter through my music. Featuring on #Aunty has also put me in new spaces performing on new stages which has been a lot of fun for me.

T:How did you discover your multiple talents?

C:I have always been a creative girl, being a single child I kept my mind stimulated with all things arts and culture, Pushing myself out of my comfort zone and maintaining focus has also led me to new talents I never knew I had.

T:How do you go about selecting your singles?

C:Its really hard cause you love so many songs on the album and just want them all to go out at the same time but my team and I wanted to introduce the vibe with a track that lends a new perspective to the scene. F*ck I just wanted to have fun with it , the trick is not to over think it so much.

T: You’ve been working with the RapLyf family quite a bit, what more can we expect?

C:I have mad love and respect for Raplyf, I have some tricks up my sleeve with Makwa so keep your eyes peeled.

T: What was the inspiration behind the music video?

C: I wrote this track based on the blurred perceptions of value, being in the industry I have felt the glory but have fallen flat on affection that is true which I’m still wrapping my head around. Some of the happiest people in the world don’t have it all, I want the youth of today to see beyond the glitz and glamour that social media serves them and appreciate the true hustlers in the city that I love. I’m also just a girl who wants to change the world and live in it at the same time.

T: Do you have a personal favourite among all your projects so far?

My favourite is usually what I’m working on in the present so would be ‘Diamonds and Gold’, as an artist I want to evolve with everything I work on and keep introducing new sounds to my ear that excites me. Keep moving yeah?!

T: How do you relax?

C:I’m a sucker for open poetry sessions in Melville , chasing new food hacks in the city and spending time with my cat ‘Quincy Jones’ at home.

T: Who are some of your favourite new kids on the block?

T: What would fans be surprised to know about you?

C:I was a such an introvert in high school

T:What’s next for both, shows to look forward to?

C:Touring schedule comes out in April so keep an eye out on my socials.

Watch the Diamonds And Gold video below