TRACE Africa: We Are Human Rights 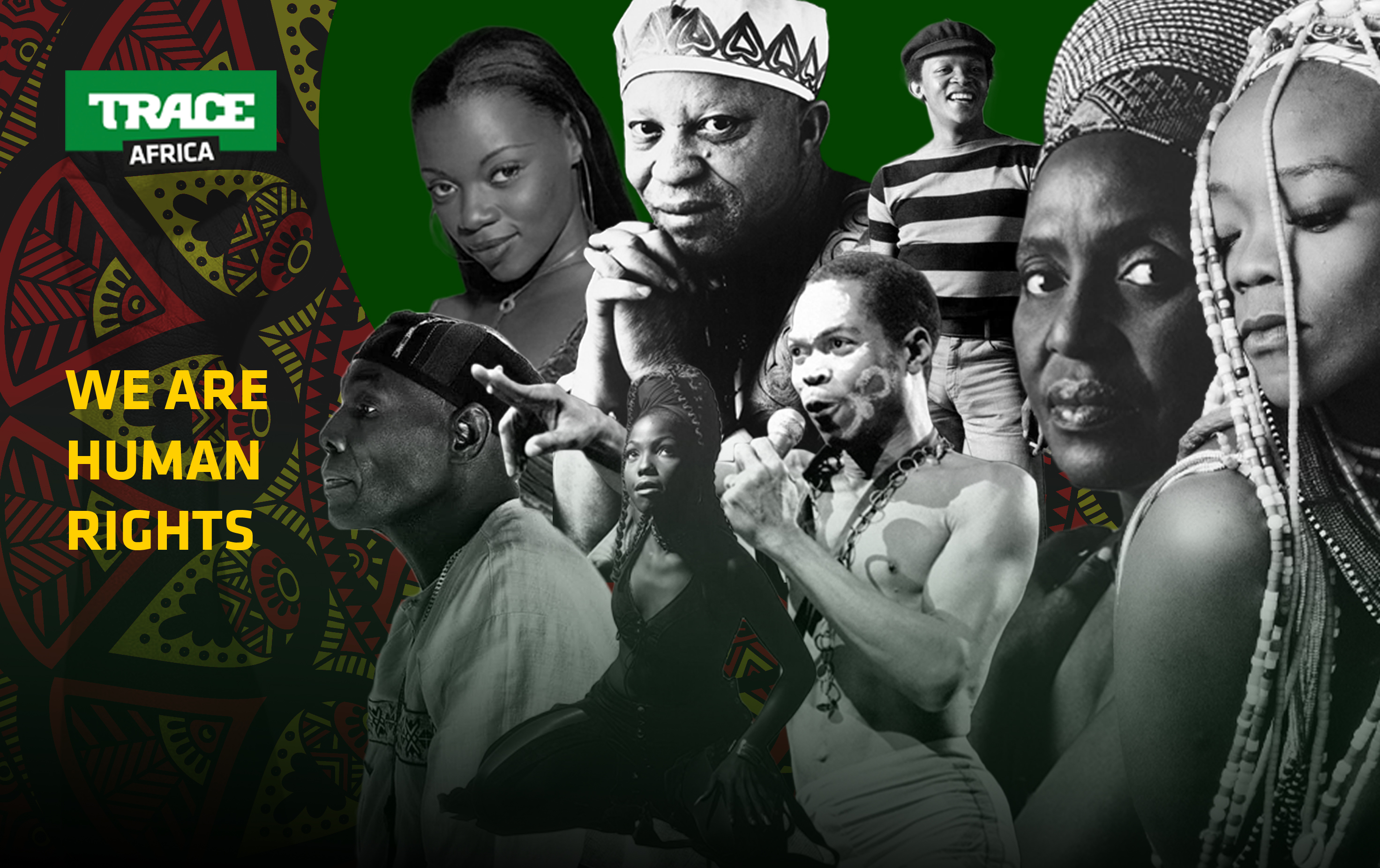 We commemorate Human Rights Day this month in remembrance of the 69 people who lost their lives in the fight for our freedom, we look at musicians who have come and gone who took the baton from the heroes from Sharpeville and used their musical craft to shine a light on the injustices that take place in our society.

Long after we’re gone, the works we did on this earth will be the only thing that’s left to represent who we were and what we were about and we’ve truly been blessed with so many of our African stars who have come and used their talents/craft to fight against inequality, tell the stories of those less fortunate or usher us into a new dawn. Like Brenda Fassie giving a nation a new hope with her song ‘Black President’ before the dawn of democracy in South Africa.

There’s one would like to think transcended beyond Twitter likes and retweets but rather to be of service of their fellow human beings by using their remarkable careers tell the stories of those who are disenfranchised as the late Oliver Mtukuzi did in telling the story of Neria, a woman is widowed after the passing of her husband and her brother-in-law takes away her inheritance. Or Fela Kuti whose brilliant artistry introduced Nigerian music to a whole new audience when he came up with Afro-beat music.

The iconic, larger-than-life ma Miriam Makeba gave us the celebrated click song ‘Pata-Pata’ a song that celebrates an early township dance style while being a fearless and unshakeable voice that spoke against the apartheid system in South Africa.

As the rest of the world sat at the edge of their hypothetical seats, new talent like Lebo Mathosa and  Tsakani ‘TK’ Mhinga surfaced to give us new freedom in music by daring to be themselves in their music career. Like Lebo’s song ‘Brand New Day’ gives us the freedom to dream again by reminding us that yesterday might have happened, but today is alive with endless possibilities. Or the sexual emancipation that TK gave young black South African women with her song ‘Black Butterfly’ or her carefree song ‘How Do You Feel’ where she sings about losing control and freeing your mind to whatever your heart desires.

The symphony that is our lives takes a lot of role players to bring us harmony for us to fully enjoy the freedoms that so many people have given their lives and dedicated their careers for us to enjoy. At TRACE Africa, we aim to celebrate those lives and make sure we play our part in making sure that their music lives on forever.