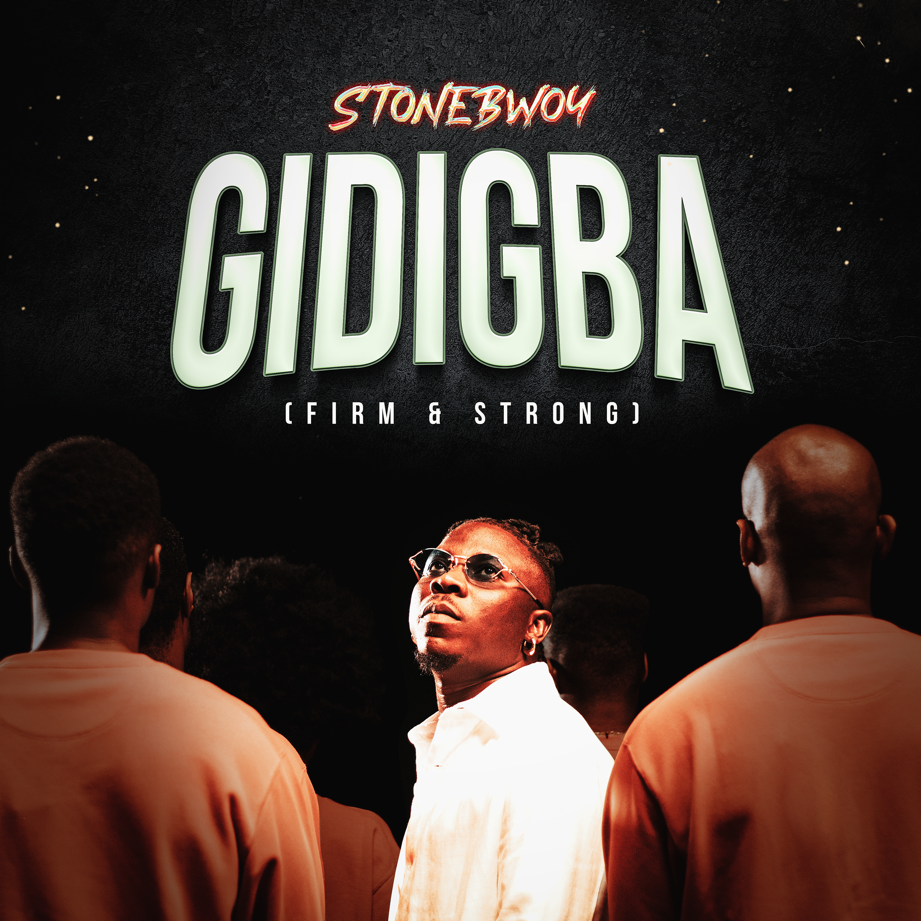 Jumping off from the massive success of his previous Def Jam Recordings single Therapy, the superstar returns to the airwaves with this danceable and relatable offering, encouraging masses to ‘STAND FIRM’ (English translation of GIDIGBA in Yoroba). The track is produced by the Grammy-nominated Nigerian producer, Phantom.

Always listening to the voice of his worldwide fans, Stonebwoy felt it was time to touch base with what has put him on the global map as a leader in terms of the sound he now dominates.

Since his May 2022 global signing with Universal Music Group (UMG) label divisions, Def Jam Recordings, 0207 Def Jam and Def Jam Africa, Stonebwoy has been hard at work. Touring and recording around the world in support of his latest projects, his single Therapy amassed millions of streams within a few short months and his social platforms continue to blow up with nothing but pure love for the Ghanaian icon.

The record deal with Def Jam Recordings saw an already illustrious career being catapulted further as they continue to showcase their global commitment towards taking African music culture to the world. And as an ambassador for the continent with his originality, musical genius and ability to move the masses, Stonebwoy is the perfect voice to get the world to sit up and pay attention.

With four albums already under his belt, countless hit tracks and movie roles, not to mention his philanthropic work as part of the ‘Livingston Foundation’ of youth education, Stonebwoy is no stranger to hard work. He has been the recipient of multiple acclaimed awards such as Best International Act: Africa at the BET Awards, Artist of the Year at the Ghana Music Awards and two Billboard plaques, and long described as the king of ragga and dancehallin’ for Africa.

He has duetted with international artists such as Keri Wilson, Sean Paul, Trey Songz, Burna Boy, Alpha Blondie and many more – and has rocked stages from the UK to the USA, Sweden, Australia, Italy, Puerto Rico and Amsterdam, making his electrifying touring and deep connection to his fans an integral part of his career.

Stonebwoy is also active and highly engaging on social media platforms, boasting an impressive 4 million followers on Instagram and a further 3 million on Facebook, making him one of Africa’s most followed performers.