SAMPA THE GREAT RELEASES SOPHOMORE ALBUM “AS ABOVE, SO BELOW” 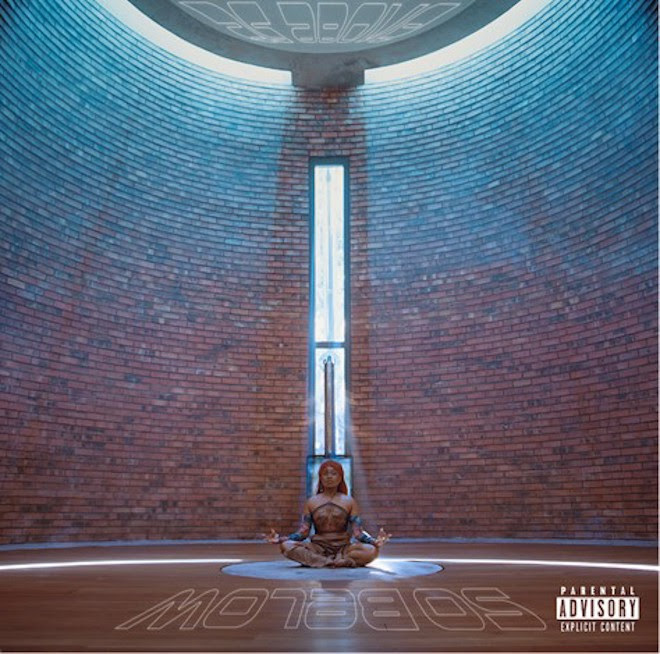 “…a riveting statement of defiance…battle anthems for the spirit.  DJ Mag

“Her voice is always unmistakable. Her uncompromising politics never come at the expense of the music”  4/5, Mojo

“The beautiful blends of genres and crisp production make ‘As Above, So Below’ an enthralling listen, and has Sampa raising the bar for herself once again” 8/10, Clash

“As Above, So Below feels like Tembo at her best and most confident, free to make the music she’s always wanted to make with the artists of her choosing. It’s a rich, vibrant and carefully-curated record that successfully reveals the many sides of Tembo’s personality” 8/10,  Loud and Quiet–

ARIA-Award winning, Zambian-born Botswana-raised poet and rapper, Sampa The Great today releases her long-awaited sophomore full-length album, As Above, So Below, out via Loma Vista Recordings.

As a career-eclipsing record, anchored by Sampa The Great’s spoken word in the Zambian-rooted language of Bemba, As Above, So Below, traverses Sampa’s memories of Africa through a self-exposed lens of authenticity and womanhood, while looking to the future of Africa’s relationship to the world and its global communities. Sampa The Great invites an international roster of collaborators, including Angélique Kidjo, Denzel Curry, Joey Bada$$, Kojey Radical, WITCH, Chef 187, Tio Nason, Sampa’s own sister Mwanjé and more to contribute across 11 tracks spanning hip-hop, neo-soul, Zamrock, Amapiano and Southern African rap. A reflection of Sampa’s transitory upbringing, the record’s sonic hybridity throws recognition to the music coming out of the African diaspora today, while honouring the stories of those who tread previously. Consider As Above, So Below as Sampa’s musical encyclopaedia, each track grounding new modes of expression against various musical influences uncovered throughout her lifetime.

After relocating home to Zambia during the pandemic, Sampa reconnected with a different side of herself – one closer to the younger artistry that was nourished growing up in Africa. From collaborations with Southern Africa creatives Rochelle Nembhard and ImraanChristian, to executive production by award winning producer and Zambian royalty Mag44, to time spent recording with a long-established network of close friends and family, Sampa debuts a 360 Sampa to the world. As Above, So Below unveils the many sides of Sampa, throughout a sophomore album that fuses the serious to the sensual. As Above translates as Sampa’s outside self, while So Below is the Sampa within, together uniting to reveal the highest version of herself, without a mask, or role to play. Anchoring the record, is Eve: Sampa’s blueprint of her ideal self who manifests within As Above, So Below’s lyrics, and visually appears throughout the album’s videos.

Relocating to Zambia and Botswana is significant to my story, because this is where my artist dreams began. I was able to reconnect to my younger self and remind me why I started making music in the first place, beyond outside pressure or influence.This album has become a full circle moment for me; I was able to create this project in the country of my birth and have it be the first project created in Zambia with a Zambian Executive Producer, African visual team and majority African producers and artists.

This is my freeist project to date and it feels like the journey of my return has been completed and a new chapter begins.”

Executive Producer Mag44 says about the album: “I think what the album means to me is, REVELATION. A self discovery album that just happened to go beyond the focus of an individual. Sampa always says how do you expect to show love out there when there’s no love within. Turns out that love within has resonated and inspired others around her.

The country, the lineage and the spirit of a people is more than what you see on the surface. Revelation in the sense of, we now see the possibilities of who we can become. That has totally changed the DNA of how not only I carry myself but how I think Zambian people will begin to carry themselves.”

Launching the record is the captivating melody of timpanis against a smokey call-and-response from Sampa, on “Shadows”. Flourishes of brass add weight against Sampa’s low register message to be yourself. Previous single “Lane” featuring Denzel Curry, receiving global praise on release, is a call to creating and exploring your own lane both beyond prescription and without judgement. A vocoded voice leads alongside jilted organs and choral harmonies beneath a trap beat. Denzel Curry’s verse is a powerful statement of similar essence, further adding to the gravity of “Lane’s” message.

“Never Forget” ushers respect to the golden era of Zambia’s socially prolific genre, Zamrock. On previous release the single earned accolades from NME, The Guardian, Harper’s Bazaar, Fader, Stereogum, DJ Mag, Acclaim, and feature positions across Rageand community radio Australia-wide.  A choral harmony from Sampa’s own sister Mwanjé joins triumphant hooks from Zambian songwriter, Tio Nason. Meanwhile, punchy verses from Sampa and Zambian MC Chef 187 weave between an array of Zambian percussion, from bongos, to hand claps, xylophones and timpanis (via Zambians Legendary producer Mag44, executive producer of the album). Next, “Mask On”, which samples a traditional Zambian nursery rhyme, brings back a trap beat to the fold, inviting a quickening and fiery collection of bars from US rapper and actor, Joey Bada$$ and Sampa’s poetic notes on the expectations of representation within the music industry.

Recent single and fifth track, “Bona” takes influence from the music Sampa heard as a child, while raised in Botswana. Featuring co-production from Solomon Plate and Sampa herself (making this her first official producer credit), the track is influenced by Kwaito and Amapiano, fusing the genres into a hybrid hip hop blend with fiery tempo. A self-defined moment of Southern African Swag, “Bona” is Sampa’s wide-reaching message to be yourself and not succumb to the intimidation of others. Next, “Can I Live” invites rock organs and electric guitars to punctuate a down-tempo anthem that provides Sampa the space to deliver an affecting series of questions that questions the path of artistry, amid a backing choir, featuring Zamrock pioneers, W.I.T.C.H.

“Imposter Syndrome” features the soul soothing melodies of Zambian afro-jazz musicianJames Sakala, adding a hypnotic richness between Sampa’s defiant raps to serving her best self. Next, “Tilibobo” serves a colourful and vibrant Southern African bop derived from amapiano rhythms. Sampa’s verses bop and dart across the staccato melody, each spun in time between trumpets that are irresistibly catchy. Sampa’s sister appears for the second time on ninth track, “Lo Rain” as a melodic rainfall of harmonies and a soft backbeat delivers a gentler R&B-style of improvisation and tender raps from Sampa.

Penultimate track, “IDGAF” featuring UK grime rapper Kojey Radical turns the heat back on over a cookpot of rolling and low-slung beats. Sampa and Radical both provide sharp jabs between a soft and sweetly delivered chorus, juxtaposed in mood and energy. The album’s final track and current single, “Let Me Be Great” captures Sampa’s journey to authenticity and enlightenment in an anthemic and returning collaboration with Black musical icon, Angélique Kidjo. An uplifting chorus simply states, ‘let me be great’to echo the celebratory and empowering trajectory of Kidjo’s path influencing Sampa’s work, while pushing forward a community-led artistry that continues to redefine the musical output in the African diaspora today.

As Above, So Below, showcases Sampa’s first new music since 2019’s ARIA Award and Australian Music Prize winning debut album, The Return. Elsewhere this year, after the postponement of 2021’s inaugural and highly anticipated An Afro Future tour, Sampa delivered a spectacular run of rescheduled live performances across Eora/Sydney and Naarm/Melbourne, and travelled the globe to perform at Glastonbury, Primavera Soundand Lollapalooza Festivals, plus make her debut at Coachella 2022.

Sampa The Great makes an empowered return with her prodigious sophomore effort, As Above, So Below LP. While remaining one of the world’s most daring artists to continually challenge and connect visions of self, African womanhood and the African diaspora to a greater conversation in an eagerly listening global community, at its simplest, As Above, So Below is an engrossing, cathartic and joyous record to cherish today, and for years to come.