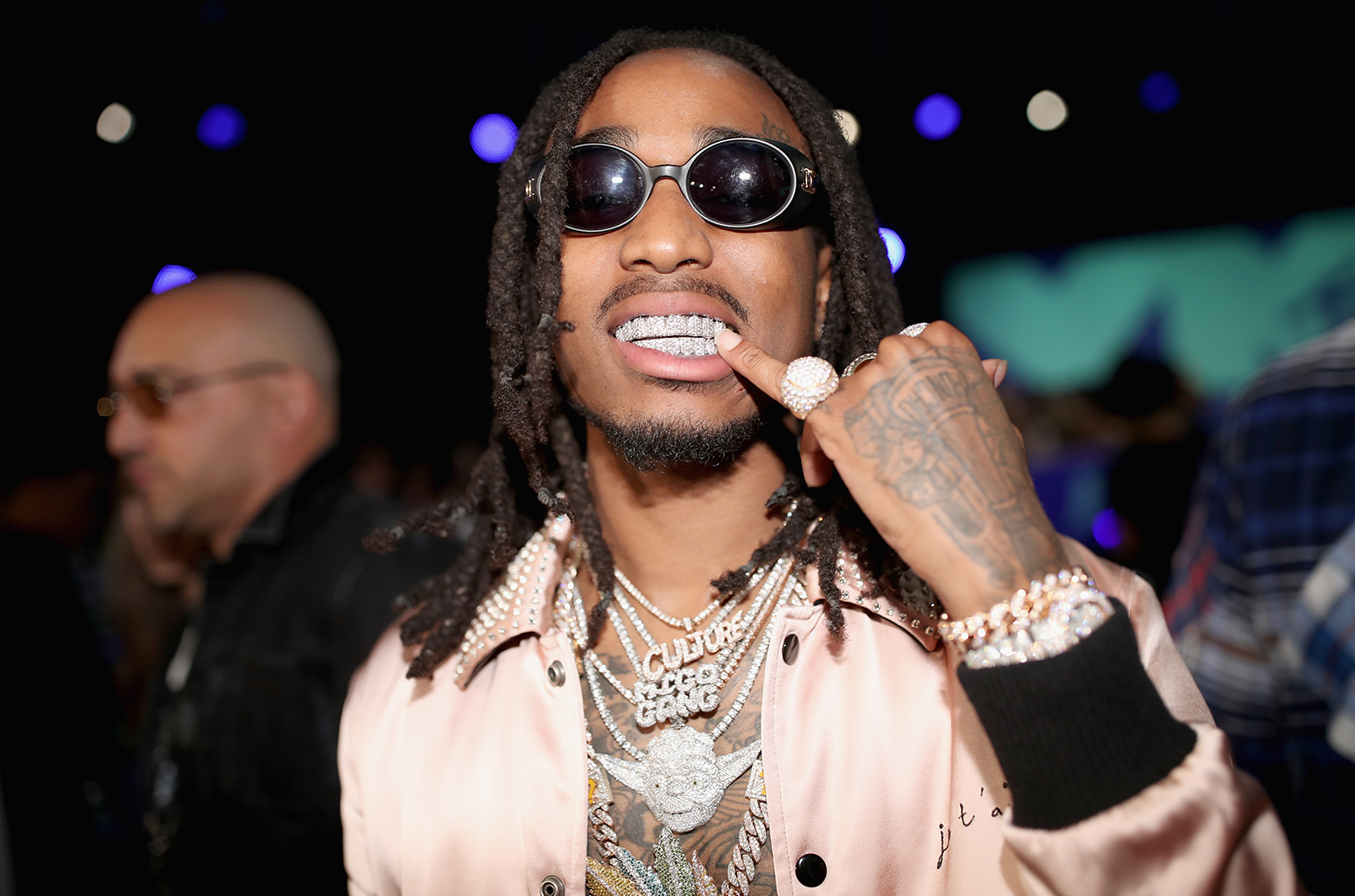 LISTEN TO QUAVO HUNCHO BELOW:

Quavo teased fans with three singles “Lamb Talk,” “Bubblegum,” and “Workin Me,”   back in  August.
The rapper dropped a futuristic video for Bubblegum starring Model , Actress and Reality Star Draya Michele. He  co-directed the video while  Daps. Joseph Desrosiers handled creative direction.
This isn’t Quavo’s first project without his band mates. The rapper teamed with Travis Scott for the collaborative LP Huncho Jack, Jack Huncho. Shortly after whisper of Quavo’s solo project began surfing, many fans  feared the demise of the Atlanta group. Quavo has denied the rumors, insisting that the trio have no intention of disbanding.
You can listen to 19 track album  here on DJ Khaled’s We the Best Radio via Beats 1 where it premiered.

It’s also rumoured that Takeoff is working on his solo project. Offset’s Mom, Latabia Woodward says Takeoff’s solo album will come after Quavo’s. Although a date hasn’t been confirmed.

Have you listened to the album? Are you looking forward to Takeoff’s solo project ?