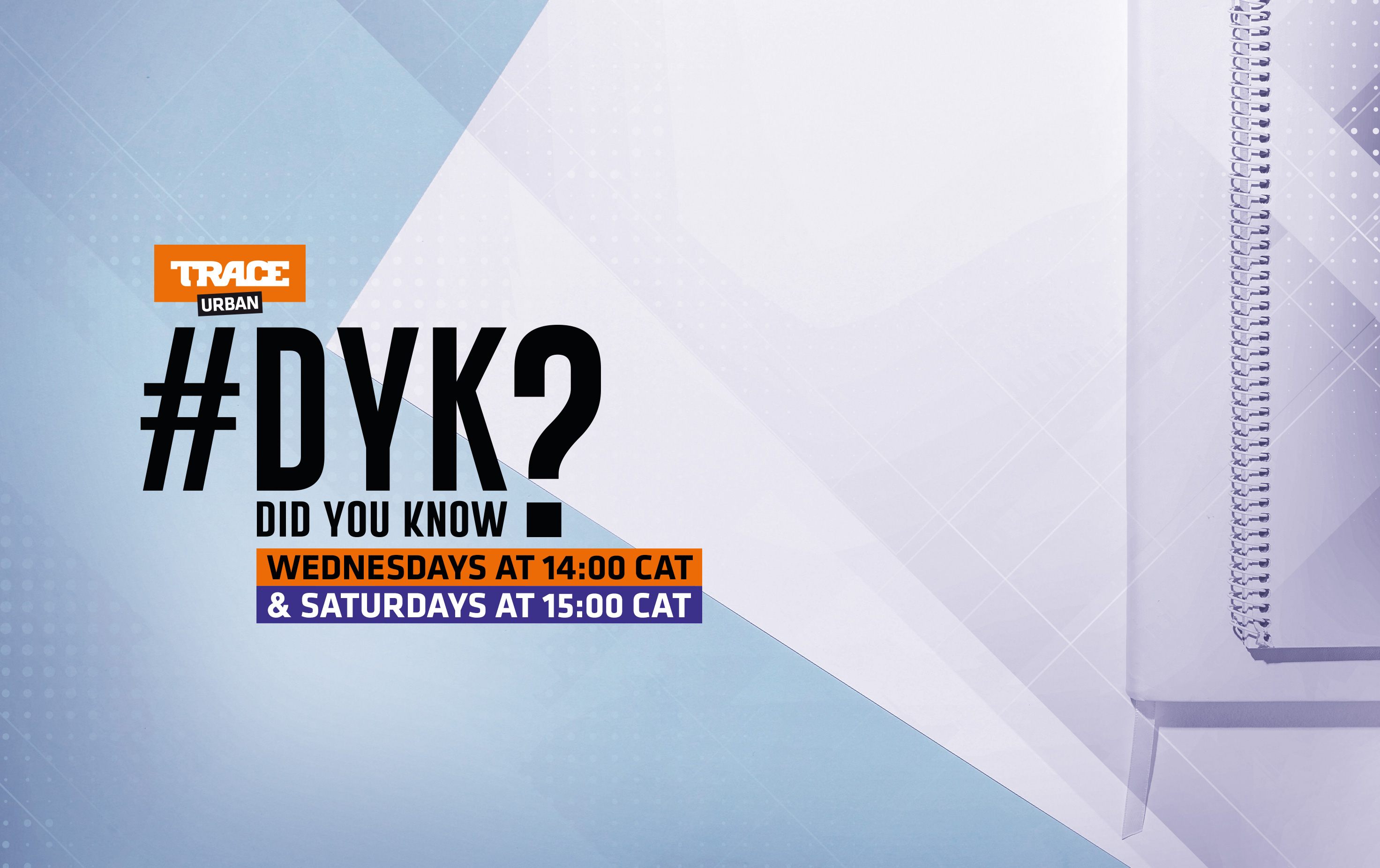 ❖ The new kid on the block is signed under Ambitiouz Entertainment

❖ His real name is Siphephelo Hlatshwayo

❖ Though he officially became part of the Ambitiouz journey late in 2019, he is no stranger to the label as he has previously been featured in Kid Tini’s Imali, Emtee’s Smogolo, and Abantu.

❖ He is signed under the multiple award-winning record label, Ambitiouz Entertainment.

❖ He loves sandwiches besides being a hitmaker, AKA owns 3rd World Designs, a company that specialises in film and video design

❖ His company did the cover art for media personality, Bonang Matheba’s book From A to B: Invest In Your Sparkle

❖ In 2016, he was the first South African artist to have his video reach 1 million views on Youtube in 10 days. ❖ He shares a daughter, Kairo, with DJ Zinhle

❖ He is actually a qualified computer scientist

❖ His song, You Are Enough, encourages women who have been made to feel small

❖ In 2019, she released her debut album titled Blossom.

❖ The singer has been recording for over 6 years

❖ He is known for incorporating details about his Cape Malay culture and his Cape Town roots in his music.

❖ YoungstaCPT has been described as “one of the most outspoken South African emcees of this generation.”

❖ Prior to the release of 3T, YoungstaCPT had released 30 mixtapes, 6 extended plays, and two collaborative albums since his debut in 2010.

❖ In 2016, he received international recognition following his collaboration with `drake on ‘One Dance’

❖ In March 2o17, he signed a multi-album deal with RCA Records

❖ In 2014, Wilson signed a record deal with RCA Records and HBK Entertainment at the age of 14, later releasing her debut single titled “Something to Prove” under her real name

❖ After initial music appearances and singles under her real name, Wilson re-emerged in 2016 with the H.E.R. persona, releasing her debut EP H.E.R. Volume 1.

❖ She was introduced to the public as an artist as a young child, covering Alicia Keys on piano on the Today Show, before competing on Radio Disney’s The Next BIG Thing when she was 12 years old

❖ The Georgia duo known as TK-N-Cash were both solo artists when they met in 2007.

❖ A year later, they formed Banq Boi Entertainment and moved to nearby Atlanta, where an appearance at Ludacris‘ Disturbing tha Peace Talent Search led to talks with various labels.

❖ In 2011, they joined BET’s Scream Tour across America, while TK earned a co-writing credit on the Trey Songz cut “What I Be On” featuring Fabolous.

❖ hey were featured on Lil Wayne‘s “Ride That Wave” and released additional singles, including “Money on Money” with Young Thug

❖ Big Zulu is a South African actor, songwriter, and rapper.

❖ He has managed to transform a word associated with crime (inkabi meaning hired gun, a terminology associated with violent deaths of taxi bosses countrywide) to being a cool name that is lighting up the entertainment industry in South Africa.

❖ He was born in Bergville, KwaZulu-Natal, South Africa

❖ He was first a taxi driver until 2008 when he decided to dive into the music scene.

❖ Away from music, he has been an actor on several popular soapies in SA, such as Isibaya, Uzalo, and Isithembiso.

❖ It wasn’t until he joined Inkabi Records boss Big Zulu and Cotton Fest pioneer Riky Rick on “Imali Eningi” and the song blew up that people began to ask serious questions about him.

❖ He has reportedly shared the stage with industry big names like Zakwe, Oskido, Nokwazi, Sjava, and the late ProKid.

❖ The rapper owns a Mercedes G Wagon and a Ferrari worth almost R5 million.

❖ He was raised in KwaMashu township near Durban, KwaZulu-Natal

❖ He says he listens to a lot of jazz music– in his spare time and his favourite jazz artists are Gil Scott-Heron, Grover Washington Jr, Jeff Lorber, and Nduduzo Makhathini.

❖ He had to wear spectacles since I was a kid, but he never has glasses that he likes to wear.

❖ She gained prominence in 2018 after releasing her debut album Tugela Fairy.

❖ In 2019, Simmy won the awards for Newcomer of The Year, Best Afro Pop Album, and record of the year at The 25th South African Music Awards

❖ He was born in KwaZulu-Natal Midlands’ Rosetta region.

❖ During his first year at the university, he attended a party where DJ Tira was performing. This encouraged him to learn to use Fruit Loops (FL Studio), the popular production software, albeit a limited trial version

❖ Recently, he worked with Alicia Keys and her husband Swizz Beatz, who flew him out to the United States and paid for everything on the one-week trip.

❖ He describes his undeniable talent for music as a God-given talent that comes to him as a 6th sense.

❖ The 29-year-old record producer and DJ are celebrated as a legend in the house music fraternity around the world for his versatile skill to produce & remix house music by the likes of Nick Holder & Black Coffee.

❖ After a successful 2019 of being crowned Best Afro House DJ 2019 by the DJ Awards Ibiza, his album Indigo Child reaching platinum status and a total of 36,5 million streams

❖ Kentucky-born Jack Harlow is one of the most hyped new rappers of 2020.

❖ After racking up around 250,000 total views on YouTube as of 2016, his 2017 project, Gazebo, was immediately met with a very positive reaction by fans and celebrities alike; launching his career to another platform.

❖ Harlow was even a guest performer at Genius’ very own IQ/BBQ and was later named to the 2020 XXL Freshman list,

❖ His shot to stardom reached a peak it had never seen in 2020, as his song “What’s Poppin” acquired features from Lil Wayne, DaBaby, and Tory Lanez and made it to the Top Ten of the Billboard Hot 100.

❖ His collaboration with Rihanna, “We Found Love”, became an international success, giving Harris his first number-one single on the US Billboard Hot 100.

❖ In October 2014, he became the first artist to place three songs simultaneously on the top 10 of Billboard‘s Dance/Electronic Songs chart

❖ He also became the first British solo artist to reach more than one billion streams on Spotify.

❖ He topped Forbes‘ list of the world’s highest-paid DJs for six consecutive years from 2013 to 2018.

❖ Born Abel Makkonen Tesfaye on February 16, 1990, and known professionally as the Weeknd

❖ He is the only child of Makkonen and Samra Tesfaye, who were Ethiopian immigrants to Canada in the late 1980s.

❖ In April 2012, Tesfaye began his first tour of the United States, with a performance at the Coachella Festival

❖ Madjozi was born on 9 May 1992 in Shirley Village, Elim, Limpopo, the daughter of Rosemary Phaweni and Marc Wegerif who ran a non-governmental organisation that was made to assist people with their land claims

❖ In 2019, Madjozi was named as one of Forbes Africa 30 Under 30 for her contribution to the music and entertainment sector.

❖ After graduating high school at the International School of Tanganyika in Tanzania, Madjozi was offered a scholarship to Mount Holyoke College in South Hadley, Massachusetts, US, to study creative writing and African studies.

❖ She began rapping and composing music under her stage name “Sho Madjozi”. Madjozi rose to fame after her collaboration with rapper Okmalumkoolkat on the track “Ngiyashisa Bhe” and the hit single “Gqi”.

❖ Lil Dicky is an American rapper and comedian

❖ HIs interest in music started when he was a child, listening to hip-hop and alternative rock. He began rapping in the fifth grade after doing a history report on Alexander Pushkin using rap music.

❖ In his youth, the hip-hop and rap music artists Burd listened to most were Nas and Jay-Z.

❖ He says he initiated his rap career simply to get attention comedically, so he could write movies, write TV shows and act

❖ He and Jeff Schafer created a TV series called Dave, which portrays a fictionalized version of his life as a rapper

❖ He was involved in his church choir and several local talent shows from a young age.

❖ With his first single “Run It!” peaking atop the Billboard Hot 100, Brown became the first male artist since 1997 to have his debut single top the chart.

❖ He had his daughter Royalty with Nia Guzman in 2015 and then, in 2019, Brown welcomed his second child, son Aeko Catori Brown, with Ammika Harris

❖ Jaden Smith was born July 8, 1998 in Malibu, California, the son of actors Jada Pinkett Smith and Will Smith.

❖ Smith and his siblings were youth ambassadors for Project Zambi, which provides assistance in conjunction with Hasbro for Zambian children orphaned by AIDS.

❖ Smith’s music career began in 2010 with his debut on Canadian singer Justin Bieber’s song “Never Say Never” and is the main theme song to the reboot of The Karate Kid. ❖ In July 2017, Smith signed to Roc Nation Records in partnership with his record label “MSFTS Music”.