Cassper Nyovest has just unveiled the video for “Destiny”, one of the many standout tracks appearing on his latest album Thuto.

The track features, Goapele, an American soul and R&B singer-songwriter. 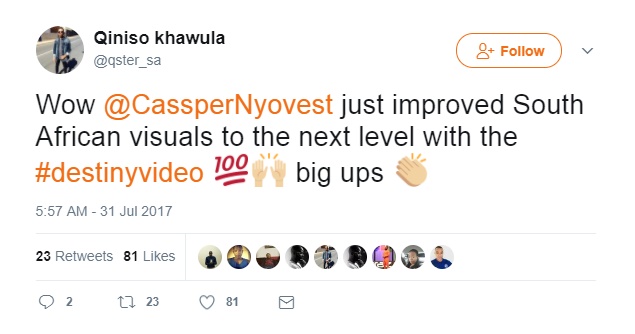 The release of the video has caused quite a stir on social media, leaving fans baffled on what exactly the visuals mean. However, one thing is certain, the “Destiny”is destined to go down as one of the most visually pleasing videos to come out of South Africa.

WATCH the video and let TRACE know what you think.